Honor in the Mountain Refuge (Paperback) 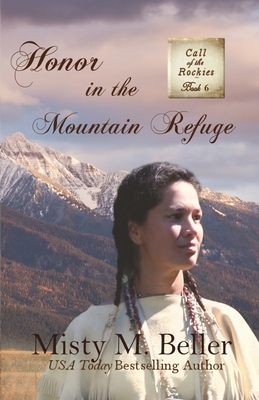 This epic journey is his last chance to start a new life.

After being cast out of his Blackfoot village for his kindness to the Nez Perce captives, Chogan travels west in search of meaning for his life. Meaning that doesn't require killing or torturing innocent people. Though the lovely face of Tel pe, a Nez Perce woman, is imprinted on his heart, he avoids her village. She deserves a happy life with her husband and coming child.

With her husband dead and the birth of her babe imminent, Tel pe's reality looks nothing like she planned. She's been forced to return to the village where she grew up and the chaos of her family's lodge-with all her boisterous younger brothers. She desperately desires to start a new life for herself and the babe growing within her, but she can't seem to climb above the mire of her past. When she stumbles into the brave who'd shown her kindness during her captivity, something ignites within her-a new hope.

Chogan's determination to stay and help Tel pe is thwarted by her people's fear and hatred for his tribe-especially since he was among last winter's kidnappers. It doesn't matter that he did everything he could to keep her and her unborn child safe and comfortable during that awful event. But as a new predator threatens the safety of the village, Chogan determines to take down the massive wildcat that's already injured several children-including one of Tel pe's younger brothers. When the danger escalates, Chogan is faced with an impossible choice. No matter which option he chooses, his life will never be the same-nor that of the woman he's come to love.

From a USA Today bestselling author comes another epic journey through breathless landscapes and adventure so intense, lives will never be the same.