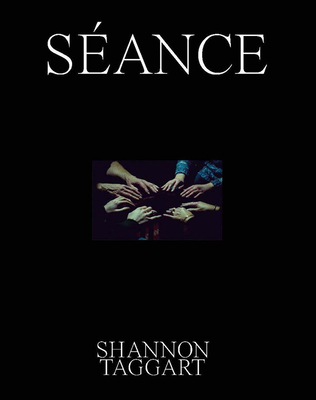 Named one of one of Time's best photobooks of 2019, this portrait of spiritualist communities across the US and Europe is now redesigned with additional archival images

American photographer Shannon Taggart's fascination with spiritualism, the belief in deceased individuals' ability to communicate with the living, began during her adolescence when a medium revealed additional information about the circumstances of Taggart's grandfather's death. A decade later, Taggart, then a practicing photojournalist, found herself obsessively drawn to Lily Dale, New York--the world's largest spiritualist community. Her transformative experiences there catalyzed an 18-year odyssey documenting spiritualist communities throughout the world in search of "ectoplasm"--an emanation exorcised from the body of the medium, believed to be both spiritual and material.
Named one of Time's best photobooks of 2019, and now revisited by Atelier ditions, S ance offers readers a remarkable series of supernatural photographs exploring spiritualist practices and beliefs within communities found across the US, the UK and Europe. The photos are accompanied by Taggart's commentary on her experiences, a foreword by Dan Aykroyd, creator of the Ghostbusters franchise and fourth-generation spiritualist, and illustrated essays by Andreas Fischer and Tony Oursler. Atelier ditions' reissue also features new commentary by writer and filmmaker J.F. Martel, additional archival images and a new design.
Based in St. Paul, Minnesota, Shannon Taggart (born 1975) has contributed to Time, Newsweek, New York Times Magazine, Discover, New York, Wall Street Journal and Reader's Digest. Her first monograph, S ance (Fulgur Press), was published in 2019. She is currently working on an illustrated book about the Society for Research on Rapport and Telekinesis (SORRAT), one of the most exotic cases within the history of psychical research.