Nanotechnology: In the Villages (Paperback) 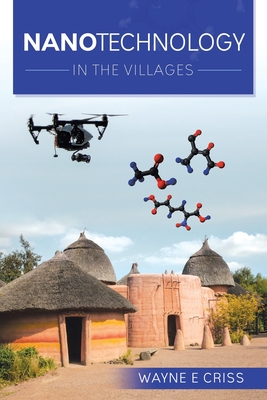 The four boys from China, USA, Turkey, and South Africa had studied hard, were now college educated, and trained to become four distinctly different professional young men (musketeers) from four different continents. Their fathers had been killed by Korrector Com II, a company which contracted macabre deaths using organic nanotech molecular systems. And they were attempting to identify the leaders of this 'invisible' company, and eliminate 'him/them'.

Suddenly this company changed pace and started producing and selling their new cellulose nanotech molecular systems. This was becoming the popular and preferred macabre death system now used in social uprisings and mini civil wars around the world. The mature musketeers obtained the clandestine cooperation of the International/American Committee of Nanotechnology Control and their professional witch friends, from the International Witches Concave, which used poisonous snakes within witchology. Eventually the battles grew into mini-civil wars in several places in Africa, especially Nigeria. These battles turned into massacres with numerous civilian deaths, especially in outlying villages.

Finally, Korrectorizer, key organize and current leader of Korrector Com II, was determined to be living in Washington, DC. But they also learned that he was controlling several of the small African wars from the British Virgin Islands and Europe. The musketeers successfully battled in Nigeria, and isolated Korrectorizer. They decided that it was now time to collect the twenty years of revenge for their fathers. Could they? - Will they? - Did they?