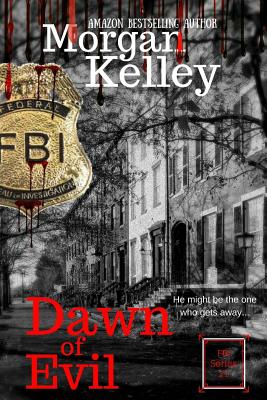 This is book number 21 in the FBI Thriller series.

Warning: Sex, violence, and language. Book 21 in the FBI Erotic Thriller series and the third FBI flashback novel. Boston is a mess. There's a killer on the loose, and he thinks he's the new 'Boston Strangler'. This maniac is terrorizing young women in the privacy of their bedrooms. He's abusing them, breaking them, and not leaving a clue behind. All they know is he's completely unhinged. So, of course, Elizabeth LaRue wants that case. As she's fighting an uphill battle against the male agents around her, she knows she has to work twice as hard, longer hours, and on more dangerous cases just to be respected. Well, this is one of those cases. It might just be the death of her-or the people around her. With Doctor Christopher Leonard by her side, a man she's falling for more and more every day, they head into the epicenter of the Boston Mob's stronghold. Once there, they run headlong into Michael O'Banion and that's not a good thing. He only wants two things. To keep this case hush-hush, and the sexy Elizabeth LaRue. If the FBI can't get this one under control, and fast, it looks like he might just get what he wants. The mob is running roughshod over Boston, and there's only one way this could possibly end. With a bang... For Elizabeth LaRue, this is the Dawn of Evil-an evil she's never seen before.