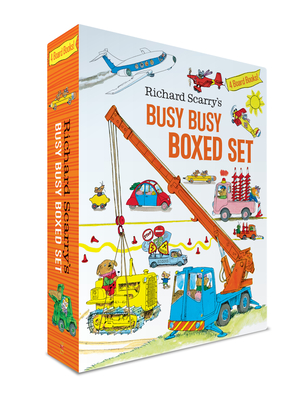 An action-packed box set featuring four board books all about vehicles, from the one and only Richard Scarry--just in time for his 100th birthday!

Vehicle fans will love turning the ignition and taking an adventurous ride with this exciting box set featuring Busy Busy Airport, Busy Busy Cars and Trucks, Busy Busy Construction Site, and Busy Busy Farm. This lively collection is a must-have for children who love anything and everything on wheels!