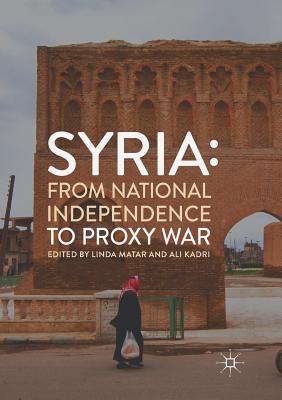 Chapter 1: Introduction: Syria in the Imperialist Cyclone.- Part I: A Historical Perspective of the Syrian Conflict.- Chapter 2: What Went Wrong: Understanding the Trajectory of Syria's Conflict.- Chapter 3: The New Struggle for Syria and the Nature of the Syrian State.- Chapter 4: Syria: Strong State versus Social Cleavages.- Part II: Macroeconomy and Society.- Chapter 5: Macroeconomic Framework in Pre-Conflict Syria.- Chapter 6: The Syrian Conflict: Selective Socioeconomic Indicators.- Chapter 7: Lebanon Can't Give Him a Future: Revolutionary Subjectivity and Syrian Rebel-Workers in Beirut.- Part III: The Politics of the Syrian conflict.- Chapter 8: Syria in the 'Resistance Front': Persistence through Reconfiguration?.- Part IV: Sectoral Analysis.- Chapter 9: The Political Economy of Public Health in Syria: Some Global and regional Considerations.- Chapter 10: The Political Economy of Thermidor in Syria: National and International Dimensions.- Chapter 11: Syria's Food Security: From Self-Sufficiency to Hunger as a Weapon.- Chapter 12: Conclusion: China's role in Syria's National Security.

Linda Matar is Senior Research Fellow at the National University of Singapore (NUS). She is also Lecturer at the NUS's College of Alice and Peter Tan. Her research interests include the political economy of the Arab Near East and Southeast Asia. She is the author of The Political Economy of Investment in Syria (2016).Ali Kadri is Senior Fellow at the NUS and Visiting Fellow at the London School of Economics, UK. His recent publications include The Cordon Sanitaire: A Single Law Governing Development in East Asia and the Arab World (2018).