Shirin Neshat: I Will Greet the Sun Again (Hardcover) 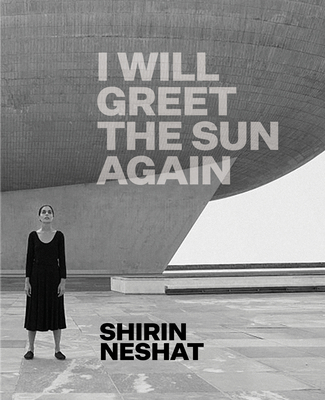 Tracing the Iranian-born artist's personal journey in exile from her native Iran, this book presents Shirin Neshat's iconic early videos and photographs along with new work making its global debut.

In the 1990s, Shirin Neshat's startling black-and-white videos of Iranian women won enormous praise for their poetic reflections on post-revolutionary life in her native country. Writing in the New Yorker, Peter Schjeldahl called her multi-screen video meditations on the culture of the chador in Islamic Iran "the first undoubtable masterpieces of video installation." Over the next twenty-five years Neshat's work has continued its passionate engagement with ancient and recent Iranian history, extending its reach to the universal experience of living in exile and the human impact of political revolution. This book connects Neshat's early video and photographic works--including haunting films such as Rapture, 1999 and Tooba, 2002--to her current projects which focus on the relation of home to exile and dreams such as The Home of My Eyes, 2015, and a new, never-before-seen project, Land of Dreams, 2019. It includes numerous stills from her series, Dreamers, in which she documents the lives of outsiders and exiles in the United States. This volume also includes essays by prominent Iranian cultural figures as well as an interview with the artist. Neshat has always been a voice for those whose individual freedoms are under attack. With this monograph, her audience will gain a deeper understanding of Neshat's own emotional, psychological, and political identities, and how they have helped her create compassionate portraits of the fraught and delicate spaces between attachment and alienation.

Published with The Broad

ED SCHAD is Curator and Publications Manager at The Broad museum in Los Angeles.