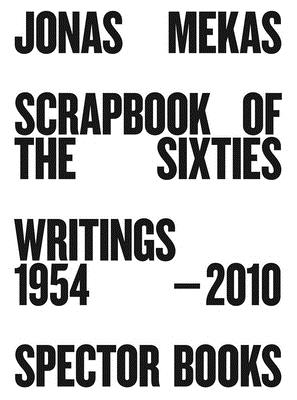 There's a live-wire spontaneity to Mekas's writing, an excitement sparked by his sense of beauty, by his sheer pleasure in cinematic imagination, and it's connected to a soulful sense of inwardness and empathy. -The New Yorker

Andy Warhol, Susan Sontag, John Lennon & Yoko Ono -- Jonas Mekas was well acquainted with a great many New York artists. Born in Lithuania, he came to Brooklyn via Germany in 1949 and began shooting his first experimental films there. Mekas developed a form of film diary in which he recorded his daily observations. He became the barometer of the New York art scene and a pioneer of American avant-garde cinema. Every week, starting in 1958 he published his legendary Movie Journal column in the Village Voice, writing on a range of subjects that were by no means restricted to the world of film. He conducted numerous interviews with artists, some of which will now appear for the first time in his Scrapbook of a Diarist. The book contains published and unpublished texts that reveal Mekas as a thoughtful diarist and an unparalleled chronicler of the day -- a phenomenon that has continued now for over fifty years.