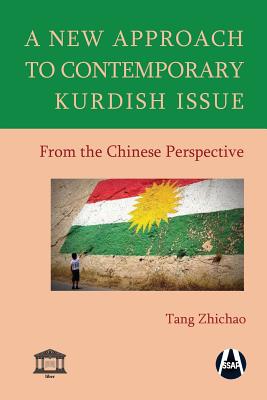 This meticulous book is authored by Tang Zhichao, a renowned expert on the Kurdish issue, who has been passionately studying the issue for more than 15 years--currently, director at the Chinese think-tank, the Institute of West Asian and African Studies attached to the Chinese Academy of Social Sciences. The Kurdish issue is one of the most complex, tragic issues of the current world, and of the Middle East, which still remains unresolved. Kurds are the only stateless nation in the region, longing for independence and political freedom. They have suffered greatly from colonialism, from pan-nationalisms, faced with betrayals and the self-centeredness of world's big powers since the WWI. The book studies the Kurdish issue in each 4 country separately and focuses on the issues most central to explain and grasp, why the Kurdish issue is not resolved for nearly a century. Tang Zhichao underlines the long course that Kurdish national movement needs to consummate before an ultimate favorable solution can be achieved. This is mainly due to external interventions and uncertainties, surrounding the issue: "although the Kurds have not yet fully controlled their own destiny, their capacity to control their fate is is growing gradually and there exists great possibility for them to do so. However, for achieving their long-cherished national aspirations, Kurds do not only need to develop and expand their own strengths, their achievements will also depend on the progress of modernization, democratization and policy adjustments of the relevant countries in the region, the changes in the international and regional patterns, as well as the Kurds' relations with the outside world."