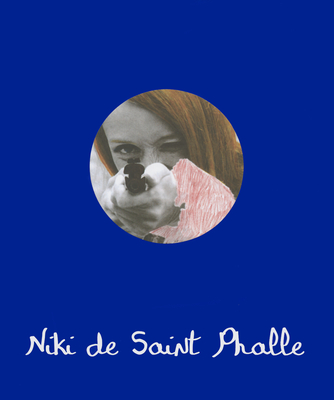 This gorgeous volume offers the most complete overview in print of the oeuvre of Niki de Saint Phalle, one of the most influential and popular artists of the postwar period. The French-American artist was educated according to the social codes of upper-class New York society, but boldly rejected the expectations of her family to instead choose a career in art. Moving to Paris in the 1960s, she befriended the Nouveau R aliste artists Martial Raysse, Daniel Spoerri and Jean Tinguely, creating her famous Shooting Paintings, the Nanas (brightly chromatic biomorphic sculptures of female archetypes), as well as experimental films, decors and costumes for ballet productions and collaborations with Tinguely, Robert Rauschenberg and others. Saint Phalle was adept at using the media to consolidate her public image, and soon became an icon of the 1960s art scene, attaining a broad cultural profile that was furthered by her numerous public art projects, including the Tarot Garden in Tuscany and the Stravinsky Fountain in Paris. This superbly produced publication--which features a die-cut cover through which Saint Phalle peers, aiming her gun--presents her works in all media, along with ephemera and archival photographs documenting her rich career and life. Niki de Saint Phalle (1930-2002) was born near Paris and moved to the US in 1933. During her teen years Saint Phalle was a fashion model and appeared on the cover of Life in 1949 and, three years later, on the cover of French Vogue. At 18 Saint Phalle eloped with author Harry Mathews and moved to Cambridge, Massachusetts, and later to Paris, where she exhibited at the Alexander Iolas Gallery. In 1971 Saint Phalle married Jean Tinguely, and throughout that decade created the public sculptures and parks for which she became celebrated. Saint Phalle died of emphysema in California in May 2002.