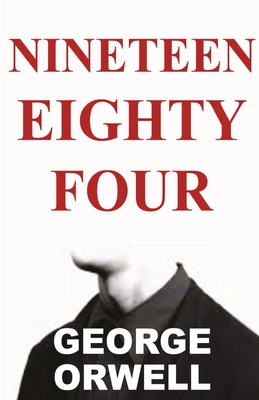 With a new introduction by Professor Richard Bradford this edition takes a fresh look at one of the great works of the twentieth century. Orwell's classic dystopian fiction warns us of our future, and deals with issues that speak to multiple dangers faced by many nations today. Winston Smith is a member of 'the party' and subject to constant surveillance by the eyes of Big Brother, the ruler of the society. 'Newspeak' is designed to eradicate all political speech, 'Thoughtcrimes' are categorized as any thoughts of resistance or rebellion against any aspect of society, and the threat of despatch to 'Room 101' is a looming warning to all. Orwell explores the mechanics of totalitarianism revealing how control over the mass media allows the state to control all aspects of life, both the past and the future.

George Orwell, the pseudonym of Eric Arthur Blair, was born in Bengal, India, in 1903. He was educated at Eton and became a policeman in Burma. After leaving the police, he began to investigate the poverty in India and Europe which shaped his thinking about equality, money and power. His great works, Animal Farm and Nineteen Eighty-Four are a product of his hatred of totalitarianism in all its forms and he was as critical of Stalin in the 1930s as he was ready to fight Fascism in the Spanish Civil War. His legacy of writing and political thought is much admired today. He died of tuberculosis in 1950. Richard Bradford is Research Professor at Ulster University and Visiting Professor at Avignon University. He has held posts at Oxford, the University of Wales and Trinity College, Dublin, and has published thirty-five books. Ten of these are literary biographies, including lives of Kingsley Amis, Philip Larkin, Alan Sillitoe, Martin Amis, Ernest Hemingway, John Milton and most recently the widely-acclaimed Orwell: A Man of Our Time (2020). His life of Patricia Highsmith will appear on the centenary of her birth in 2021.