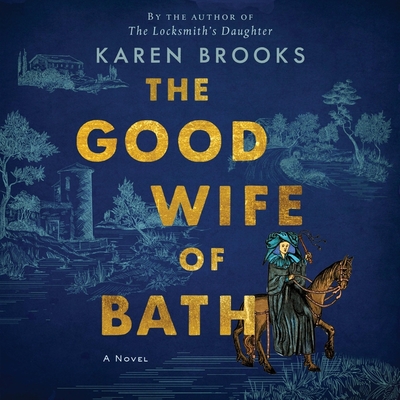 By Karen Brooks, Fran Burgoyne (Read by)
$57.99
Possibly out of print. Email or call to check availability and price.

A provocative, immersive medieval novel starring one of literature's most unforgettable characters in her own words--Chaucer's bold and libidinous Wife of Bath.

So damned readable and fun...This is the story of a woman fighting for her rights; it breaches the walls of history.--The Australian

In the middle ages, a famous poet told a story that mocked a strong woman. It became a literary classic. But what if the woman in question had a chance to tell her own version?

England, 1364: When married off at aged twelve to an elderly farmer, brazen redheaded Eleanor quickly realizes it won't matter what she says or does, God is not on her side--or any poor woman's for that matter. But then again, Eleanor was born under the joint signs of Venus and Mars, making her both a lover and a fighter.

Aided by a head for business (and a surprisingly kind husband), Eleanor manages to turn her first marriage into success, and she rises through society from a cast-off farm girl to a woman of fortune who becomes a trusted friend of the social-climbing poet Geoffrey Chaucer. But more marriages follow--some happy, some not--several pilgrimages, many lovers, murder, mayhem, and many turns of fortune's wheel as Eleanor pursues the one thing that all women want: control of their own lives.