Prelude To A Myth: The Beginning Of The End (How It Began): Book One, Not Your Average Soul (Paperback) 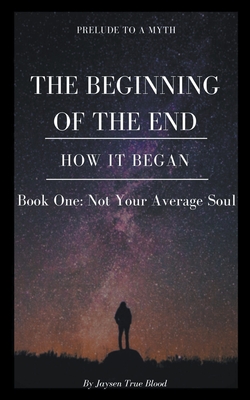 But he is far more than he appears to be. He can see the future. He can also see and sense the long dead.. As a conduit, he is shown strange visions and dreams of what will be. Without any way to decipher what he is shown, he must wait and watch.

Experience his pain, his frustration, his childhood crushes, his evolution into who he will one day become. As a seer. As an Empath.