DON CUMMINGS discusses his memoir BENT BUT NOT BROKEN 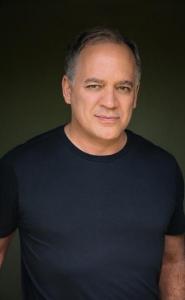 Bent But Not Broken (Heliotrope Books)

Bent But Not Broken is the story of the body, the self, and the ways in which illness traumatizes and transforms. It is also the first memoir about Peyronie’s Disease, a disfiguring but potentially treatable penile condition that afflicts 5% of the male population. Don Cummings writes openly, fearlessly (and often hilariously) about the emotional and collateral damage caused by his bent penis, its effect on his partner and his own sense of self and sexuality. As the author moves from despair to raging hope, he unflinchingly details the doctor visits, the excruciating treatments, and the acute anxiety caused by struggles with his domestic partner. Cummings discloses powerful sexual reminiscences of his younger days—Penis as Madeleine—including childhood precocity, promiscuity and substance abuse. Blissfully discordant domestic life, a harrowing kidnapping by a handsome stranger, a convoluted career as an actor and playwright, and interactions with Meryl Streep also figure into this universal narrative of survival and love. A dark comedy with a happy ending, Bent But Not Broken reads like a medical mystery about the author’s single-minded quest to cure his Peyronie’s Disease, redeem his sexuality, and save his relationship. This book will appeal to those who like a heavy helping of humor with their sickness and health, and have enjoyed books
like Possible Side Effects by Augusten Burroughs, I Feel Bad About My Neck by Nora Ephron, and You Don’t Look Like Anyone I Know by Heather Sellers.

Don Cummings’ essays have appeared in various literary journals including Post Road Magazine and Epiphany, which published an excerpt of this book. He often performs his stories at venues around the country including Comedy Central’s Sit ‘n Spin, HBO Workspace, Brooklyn Reading Works, Tell It!, Personal Space and True Story. His many plays have been produced and read on both coasts, performed by committed artists, curious interlopers and Meryl Streep at The Public Theater. Don has appeared on television and in film, but more often on stage. A graduate of Tufts University with a degree in biology, and The Neighborhood Playhouse School of the
Theatre, he lives in Los Angeles with his husband.

Bent But Not Broken (Paperback)