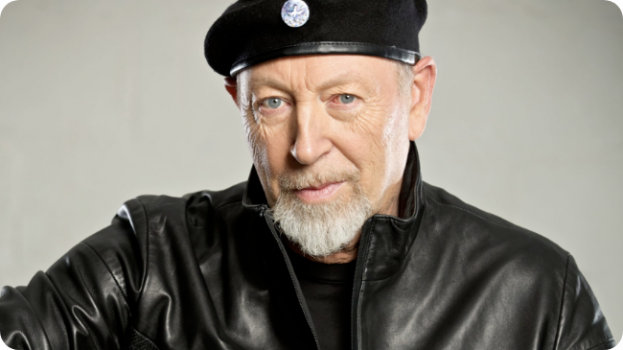 The LA Times Festival of Books Presents: Richard Thompson, Beeswing: Losing My Way and Finding My Voice 1967-1975, in Conversation with RJ Smith

To purchase tickets for this virtual panel, part of the Los Angeles Times Festival of Books, register here. Admission only tickets start at $5, or you can select the book-with-ticket option to receive a signed copy of Beeswing.

Richard Thompson, international and longtime beloved music legend, recreates the spirit of the 1960s, where he found, and then lost, and then found his way again. Known for his brilliant songwriting, his extraordinary guitar playing, and his haunting voice, Thompson is considered one of the top twenty guitarists of all time, in the songwriting pantheon alongside Bob Dylan, Paul Simon, and Randy Newman. Now, in his long-awaited memoir, the British folk musician takes us back to the late 1960s, a period of great change and creativity—both for him and for the world at large.

Richard Thompson's widely beloved early work within the band Fairport Convention revived British folk traditions, and his duet albums and performances with Linda Thompson are legendary. His songs have been covered by Elvis Costello, David Byrne, Bonnie Raitt, Emmylou Harris, and REM, among others. He continues to write and perform, and to tour widely. He lives in New Jersey.

RJ Smith has been a senior editor at Los Angeles Magazine, a contributor to Blender, a columnist for the Village Voice, a staff writer for Spin, and has written for GQ, New York Times Magazine, Elle, and Men’s Vogue. His book The One: The Life and Music of James Brown was among the New York Times‘ “100 Notable Books of 2012.” Smith lives with his wife and daughter in Cincinnati, Ohio.

The One: The Life and Music of James Brown (Paperback)