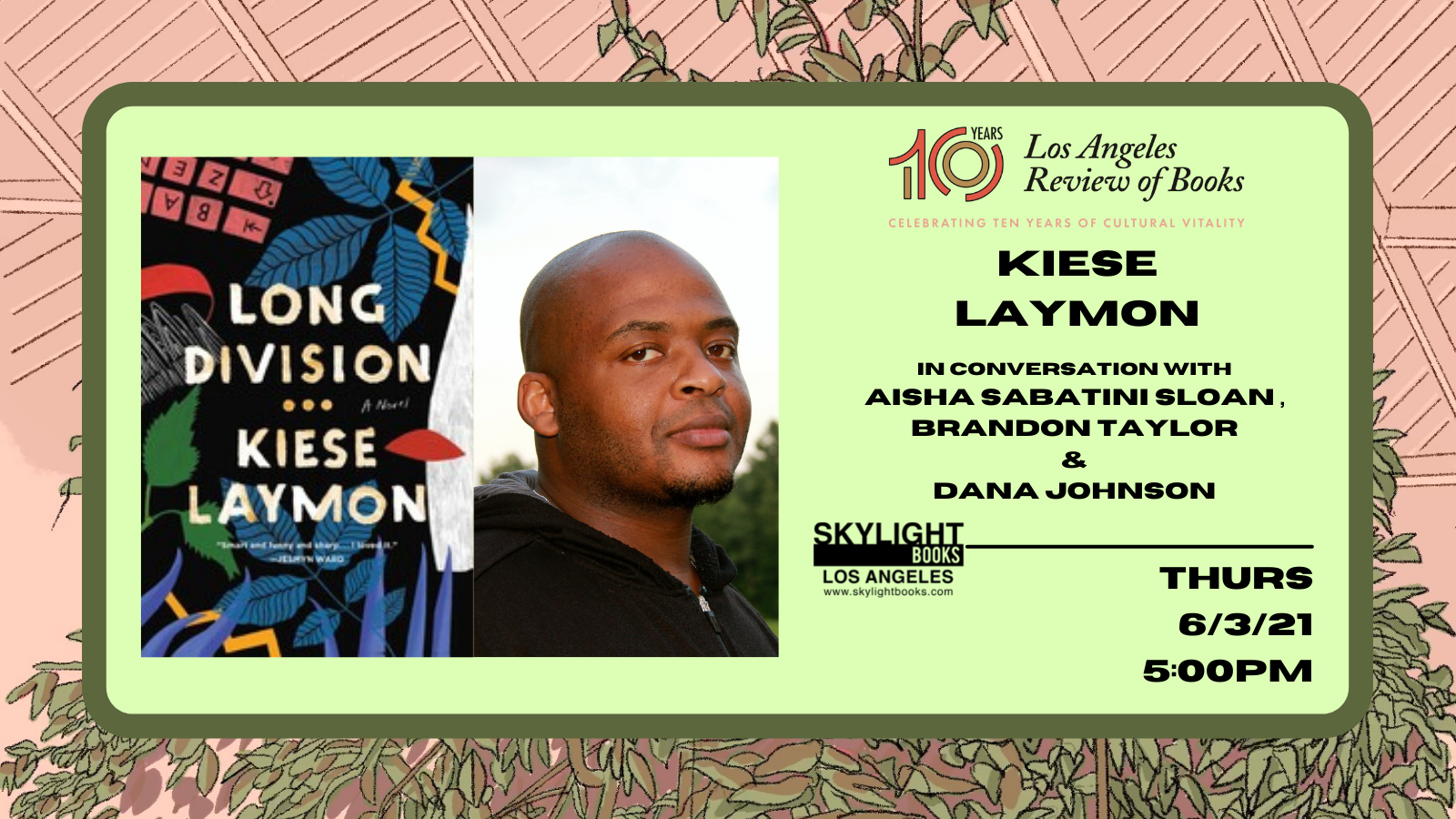 Join Skylight Books and the Los Angeles Review of Books for a panel with Kiese Laymon in celebration of the re-issue of his acclaimed novel Long Division.

Written in a voice that’s alternately humorous, lacerating, and wise, Long Division features two interwoven stories. In the first, it’s 2013: after an on-stage meltdown during a nationally televised quiz contest, fourteen-year-old Citoyen “City” Coldson becomes an overnight YouTube celebrity. The next day, he’s sent to stay with his grandmother in the small coastal community of Melahatchie, where a young girl named Baize Shephard has recently disappeared. Before leaving, City is given a strange book without an author called Long Division. He learns that one of the book’s main characters is also named City Coldson—but Long Division is set in 1985. This 1985-version of City, along with his friend and love interest, Shalaya Crump, discovers a way to travel into the future, and steals a laptop and cellphone from an orphaned teenage rapper called...Baize Shephard. They ultimately take these items with them all the way back to 1964, to help another time-traveler they meet to protect his family from the Ku Klux Klan. City’s two stories ultimately converge in the work shed behind his grandmother’s house, where he discovers the key to Baize’s disappearance. Brilliantly “skewering the disingenuous masquerade of institutional racism” (Publishers Weekly), this dreamlike “smart, funny, and sharp” (Jesmyn Ward), novel shows the work that young Black Americans must do, while living under the shadow of a history “that they only gropingly understand and must try to fill in for themselves” (The Wall Street Journal).

Born and raised in Jackson, Mississippi, Kiese Laymon, Ottilie Schillig Professor in English and Creative Writing and the University of Mississippi, is the author of the novel Long Division, the memoir Heavy, and the essay collection How to Slowly Kill Yourself and Others in America.

Aisha Sabatini Sloan’s writing about race and current events is often coupled with analysis of art, film, and pop culture. She earned an MA in Cultural Studies and Studio Art from NYU and an MFA in Creative Nonfiction from the University of Arizona. She is the author of The Fluency of Light: Coming of Age in a Theater of Black and White and Dreaming of Ramadi in Detroit, as well as the forthcoming book-length essay, Borealis, and Captioning the Archives, a collaboration with her father, Lester Sloan. A 2020 recipient of the National Endowment for the Arts fellowship, she is an assistant professor of creative nonfiction at University of Michigan. https://aishasloan.com/

Dana Johnson is the author of the short story collection In the Not Quite Dark. She is also the author of Break Any Woman Down, winner of the Flannery O’Connor Award for Short Fiction, and the novel Elsewhere, California. Both books were nominees for the Hurston/Wright Legacy Award. Her work has appeared in Zyzzyva, The Paris Review, Callaloo, The Iowa Review and Huizache, among others. Born and raised in and around Los Angeles, she is a professor of English at the University of Southern California.

Brandon Taylor is the author of the acclaimed novel Real Life, which has been shortlisted for the Booker Prize, longlisted for the Center for Fiction First Novel Prize, and named a New York Times Book Review Editors’ Choice. He holds graduate degrees from the University of Wisconsin–Madison and the University of Iowa, where he was an Iowa Arts Fellow at the Iowa Writers’ Workshop in fiction.