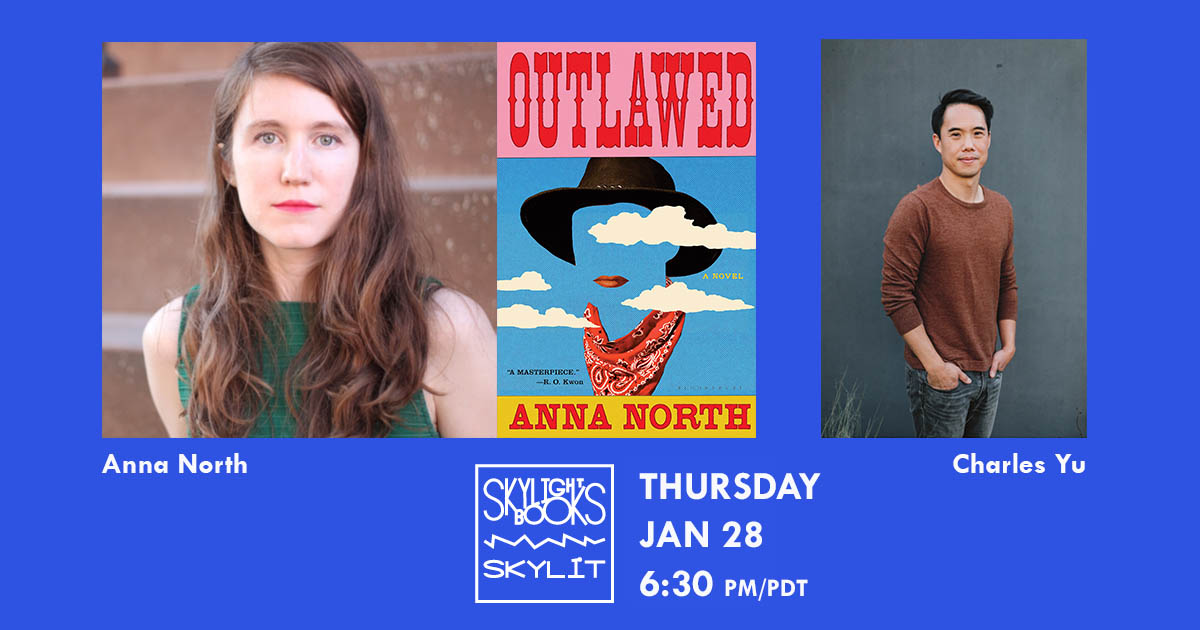 The day of her wedding, 17 year old Ada's life looks good; she loves her husband, and she loves working as an apprentice to her mother, a respected midwife. But after a year of marriage and no pregnancy, in a town where barren women are routinely hanged as witches, her survival depends on leaving behind everything she knows.

She joins up with the notorious Hole in the Wall Gang, a band of outlaws led by a preacher-turned-robber known to all as the Kid. Charismatic, grandiose, and mercurial, the Kid is determined to create a safe haven for outcast women. But to make this dream a reality, the Gang hatches a treacherous plan that may get them all killed. And Ada must decide whether she's willing to risk her life for the possibility of a new kind of future for them all.

Featuring an irresistibly no-nonsense, courageous, and determined heroine, Outlawed dusts off the myth of the old West and reignites the glimmering promise of the frontier with an entirely new set of feminist stakes. Anna North has crafted a pulse-racing, page-turning saga about the search for hope in the wake of death, and for truth in a climate of small-mindedness and fear.

“North's knockout latest chronicles the travails of a midwife's daughter who joins a group of female and nonbinary outlaws near the end of the 19th century . . . The characters' struggles for gender nonconformity and LGBTQ rights are tenderly and beautifully conveyed. This feminist western parable is impossible to put down.” –  Publishers Weekly (starred review)

“From the author of the Lambda Literary Award-winning The Life and Death of Sophie Stark comes an alt-history feminist western . . . Think Foxfire by way of Maddie from True Grit, yet North's swashbuckling saga is wholly her own.” –  O, the Oprah Magazine (Best LGBTQ Books of 2021)

“A lovely slow draw in the world of the Old West, a story about the people who don't belong, portraying a realistic, close-minded world that only accepts women willing to fit into a specific mold . . . It's exciting to read a Western tale that features such a range of women and queer characters, and Ada herself is a bold protagonist whose desire to learn more about the female reproductive system and how it actually functions runs fiercely in her veins. Perfect for fans of Sarah Gailey's Upright Women Wanted.” –  Booklist

“Anna North has written a captivating Western unlike any other, with unique rhythms, dusty lands, and characters like new friends brought in on high winds. A grand, unforgettable tale.” –  Esmé Weijun Wang, author of THE COLLECTED SCHIZOPHRENIAS

“I'm dazzled by this feminist Western about a world in which women's worth and right to live are determined by the vagaries of fertility. Set in an alternate past, one all too similar to our today, Outlawed is terrifying, wise, tender, and thrilling. A masterpiece.” –  R.O. Kwon, author of THE INCENDIARIES

Anna North is a graduate of the Iowa Writers’ Workshop and the author of two previous novels, America Pacifica and The Life and Death of Sophie Stark, which received a Lambda Literary Award in 2016. She has been a writer and editor at Jezebel, BuzzFeed, Salon, and the New York Times, and she is now a senior reporter at Vox. She grew up in Los Angeles and lives in Brooklyn.

Charles Yu is the author of four books, including Interior Chinatown, a National Book Award winner. He received the National Book Foundation’s 5 Under 35 Award and was nominated for two Writers Guild of America Awards for his work on the HBO series, Westworld. He has also written for shows on FX, AMC, and HBO. His fiction and nonfiction have appeared in The New Yorker, The New York Times, The Atlantic, The Wall Street Journal, and Wired, among other publications.