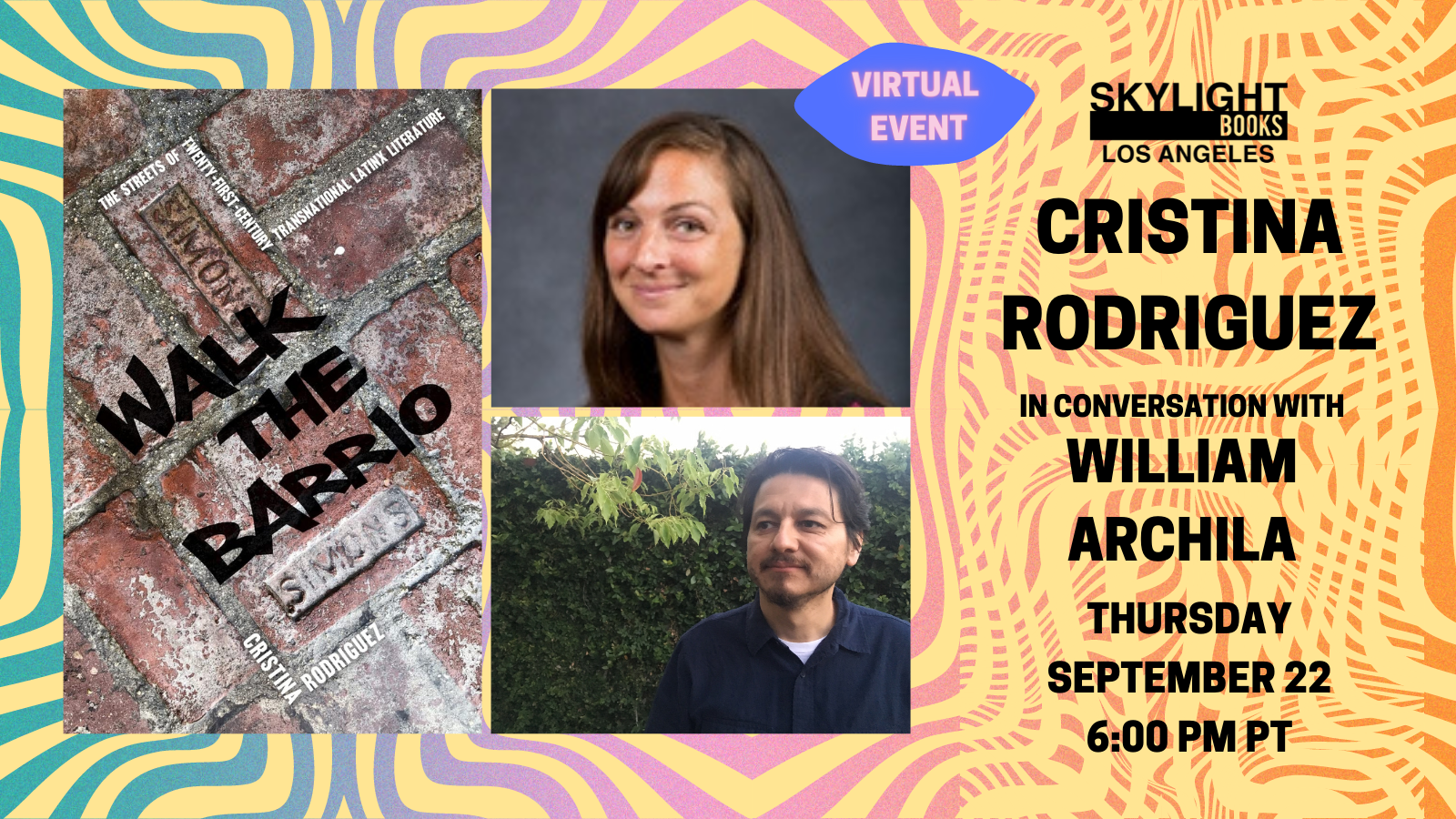 To write about place you must experience place. In Walk the Barrio, Cristina Rodriguez enacts this premise by walking neighborhood streets, talking to immigrants, interviewing authors, and placing herself physically in the spaces that she seeks to understand.

The word barrio is a commonplace not only of American speech but of our literary imagination. Indeed, what draws Rodriguez to the barrios of Los Angeles, New York, Miami, and others is the work of literature inspired by those neighborhoods. Walk the Barrio explores the ways in which authors William Archila, Richard Blanco, Angie Cruz, Junot Díaz, Salvador Plascencia, Héctor Tobar, and Helena María Viramontes use their U.S. hometowns as both setting and stylistic inspiration.

Asking how these writers innovate upon or break the rules of genre to render in words an embodied experience of the barrio, Rodriguez considers, for example, how the spatial map of New Brunswick impacts the mobility of D az's female characters, or how graffiti influences the aesthetics of Viramontes's novels. By mapping each text's fictional setting upon the actual spaces it references in what she calls "barriographies," Rodriguez reveals connections between place, narrative form, and migrancy. This first-person, interdisciplinary approach presents an innovative model for literary studies and sheds important light on the ways in which transnationalism transforms the culture of each Latinx barrio.

Cristina Rodriguez is Associate Professor of English and Latinx Literature at Providence College, and the current director of the American Studies Program. Her research explores the relationship between place identity, immigration, and narrative experimentation in contemporary Latinx and multi-ethnic U.S. literature. Her new book, Walk the Barrio: The Streets of Twenty-First Century Transnational Latinx Literature (University of Virginia Press), combines first person reportage, literary analysis, sociology, and human geography to connect literary settings to the real-world neighborhoods they are based on—in cities including New York, Miami, and LA. The result is an interdisciplinary map of the contemporary U.S. transnational Latinx immigrant experience. She has also written on Los Angeles urban space and its role in innovative fiction for the Asian American Journal and Latino Studies.

William Archila is the author of The Art of Exile, International Latino Book Award, and The Gravedigger’s Archaeology, Letras Latinas/Red Hen Poetry Prize. He has been published in American Poetry Review, AGNl, Conjunctions, Colorado Review, Los Angeles Review of Books, The Missouri Review, Prairie Schooner, Poetry Magazine, and the anthologies The BreakBeat Poets Vol. 4: LatiNext, Theatre Under My Skin: Contemporary Salvadoran Poetry, and The Wandering Song: Central American Writing in the US. He lives in Los Angeles, on Tongva land.

Praise for Walk the Barrio -