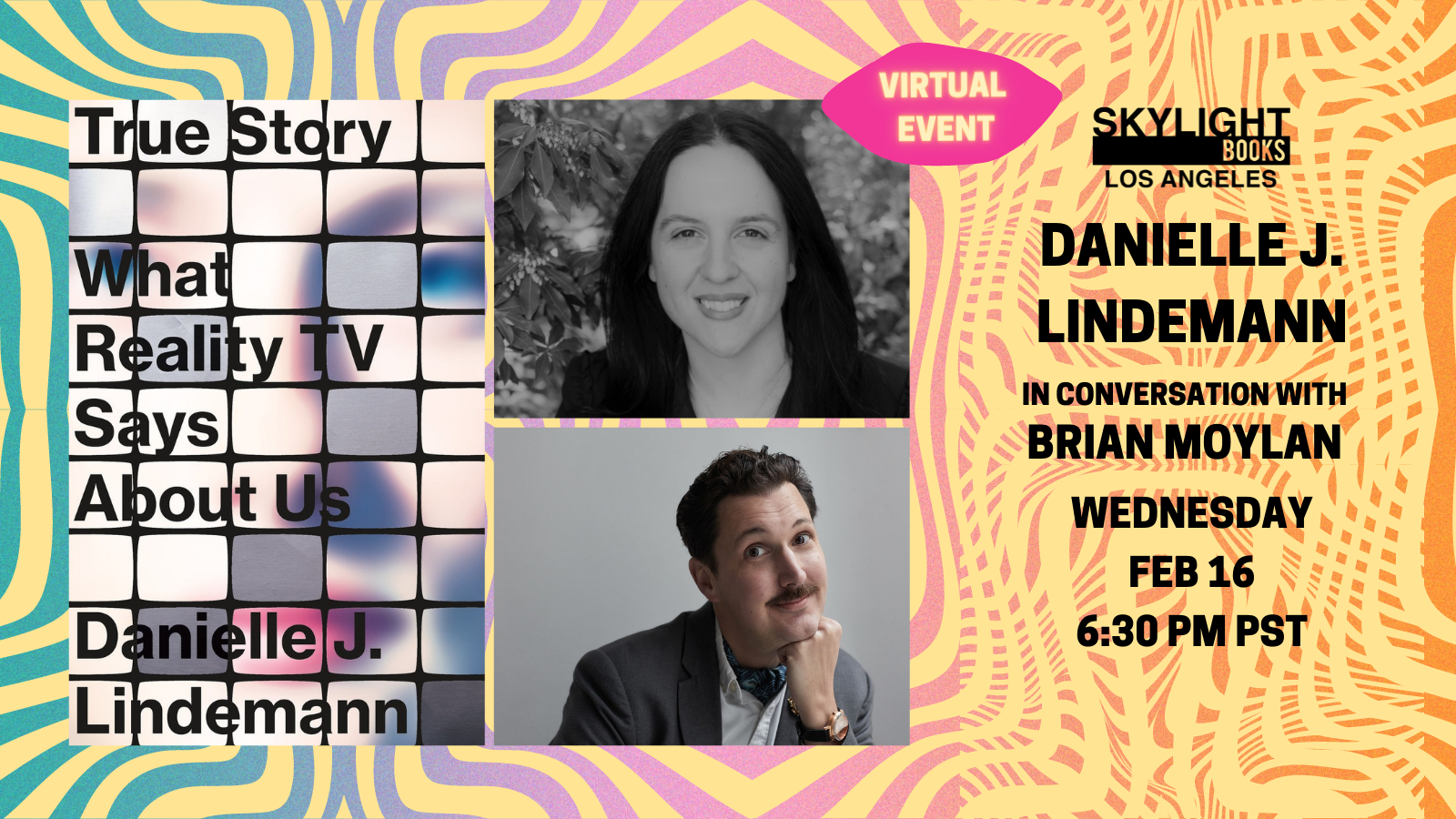 True Story: What Reality TV Says About Us (Farrar, Straus and Giroux)

A sociological study of reality TV that explores its rise as a culture-dominating medium—and what the genre reveals about our attitudes toward race, gender, class, and sexuality

What do we see when we watch reality television?

In True Story: What Reality TV Says About Us, the sociologist and TV-lover Danielle J. Lindemann takes a long, hard look in the “funhouse mirror” of this genre. From the first episodes of The Real World to countless rose ceremonies to the White House, reality TV has not just remade our entertainment and cultural landscape (which it undeniably has). Reality TV, Lindemann argues, uniquely reflects our everyday experiences and social topography back to us. Applying scholarly research—including studies of inequality, culture, and deviance—to specific shows, Lindemann layers sharp insights with social theory, humor, pop cultural references, and anecdotes from her own life to show us who we really are.

By taking reality TV seriously, True Story argues, we can better understand key institutions (like families, schools, and prisons) and broad social constructs (such as gender, race, class, and sexuality). From The Bachelor to Real Housewives to COPS and more (so much more!), reality programming unveils the major circuits of power that organize our lives—and the extent to which our own realities are, in fact, socially constructed.

Whether we’re watching conniving Survivor contestants or three-year-old beauty queens, these “guilty pleasures” underscore how conservative our society remains, and how steadfastly we cling to our notions about who or what counts as legitimate or “real.” At once an entertaining chronicle of reality TV obsession and a pioneering work of sociology, True Story holds up a mirror to our society: the reflection may not always be pretty—but we can’t look away.

Dame Brian Moylan is the New York Times bestselling author of The Housewives: The Real Story Behind the Housewives as well as the president and founder of the entirely fictional Real Housewives Institute. He writes regularly about reality television for Vulture and New York magazine and has explicated on his favorite subject for the New York Times, The Guardian, Vice, Cosmopolitian, W, NBC News, Gawker (RIP) and any other publication that will pay him well and on time. He has an honorary PhD in Jersey Shore studies from the University of Chicago and lives in London.

"[An] insightful study . . . [Lindemann] makes astute points by tracing the history of the genre all the way back to MTV’s The Real World in 1992, and offering analysis of popular shows such as Survivor, Keeping Up with the Kardashians, and the Real Housewives franchise . . . [True Story] takes the guilt out of a popular guilty pleasure."
—Publishers Weekly

"True Story is not only an amazing dissection of the true meaning of the reality TV genre, it's also an adept exploration of sociology through the accessible lens of all of our favorite shows. A must read for any true fan of the reality television arts and sciences."
—Brian Moylan, author of The Housewives: The Real Story Behind the Real Housewives

"Danielle Lindemann writes with deep curiosity about reality TV — both its faults and its promises — and what it says about our social world. She moves expertly between the Kardashians and Honey Boo Boo as well as social constructs like the family, class, and gender, showing how the genre poses fundamental theoretical questions about ourselves and authenticity. True Story is an important guide for both pop culture enthusiasts and readers who want to learn more about sociology. There is surprising wisdom here, and sharp insights into the reality of social life."
—Ashley Mears, author of Pricing Beauty: The Making of a Fashion Model

"Don't be all, like, uncool. Be sure you read True Story. Lindemann has written the definitive sociological interpretation of reality television, using a variety of shows to define major concepts and our field. After reading this book you will know how to defend your favorite 'guilty pleasure' to friends and family.”
—Hilary Levey Friedman, sociologist and author of Here She Is and Playing to Win

True Story: What Reality TV Says About Us (Hardcover)

The Housewives: The Real Story Behind the Real Housewives (Hardcover)