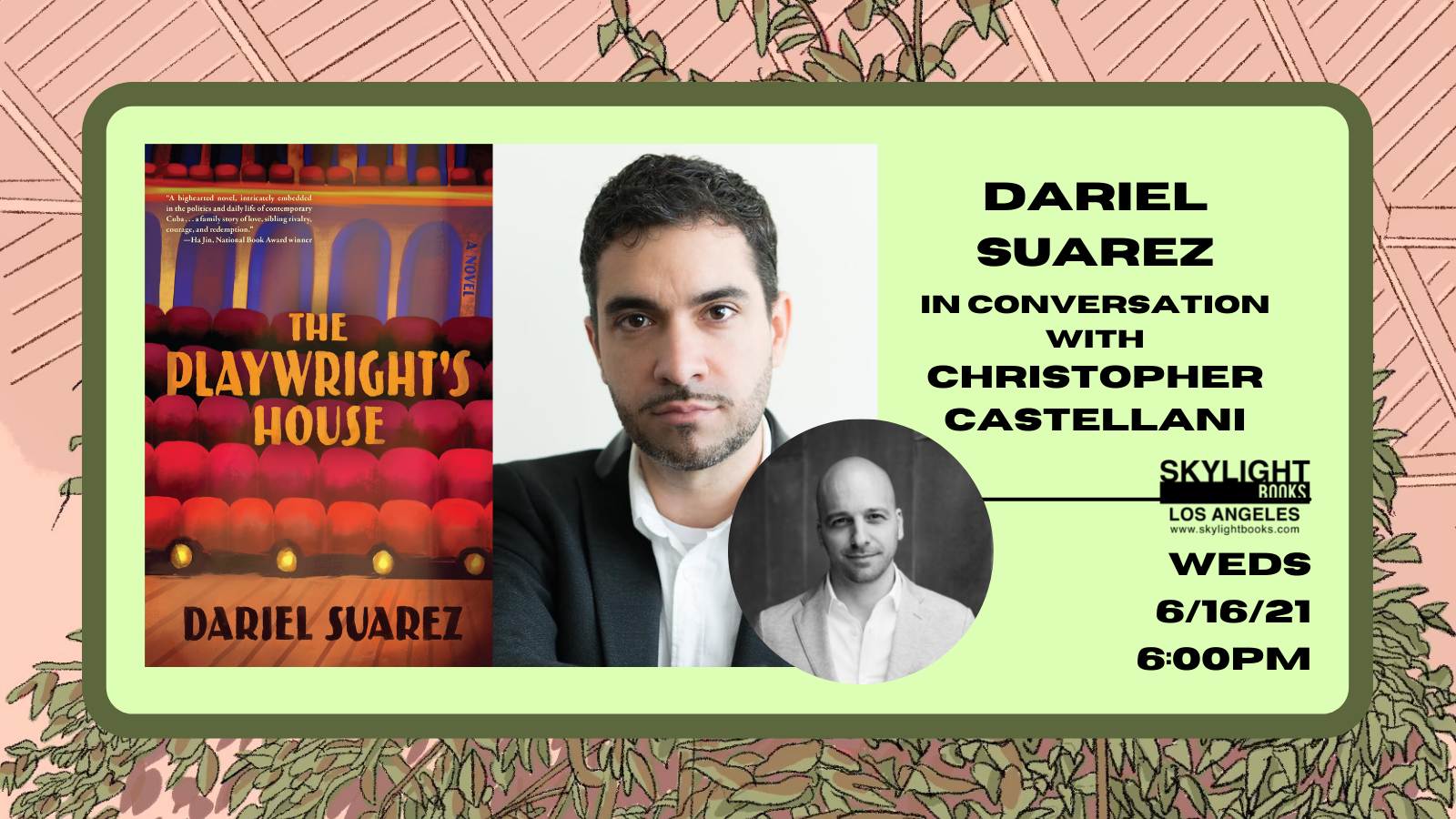 Happily married, backed by a powerful mentor, and with career prospects that would take him abroad, Serguey has more than any young Cuban lawyer could ask for. But when his estranged brother Victor appears with news that their father—famed theater director Felipe Blanco—has been detained for what he suspects are political reasons, Serguey’s privileged life is suddenly shaken. A return to his childhood home in Havana’s decaying suburbs—a place filled with art, politics, and the remnants of a dissolving family—reconnects Serguey with his troubled past. He learns of an elusive dramaturge’s link to Felipe, a man who could be key to his father’s release. With the help of a social media activist and his wife’s ties with the Catholic Church, Serguey sets out to unlock the mystery of Felipe’s arrest and, in the process, is forced to confront the reasons for the hostility between him and Victor: two violent childhood episodes that scarred them in unforgettable ways. On the verge of imprisonment, Serguey realizes he must make a decision regarding not just his father, but his family and his own future, a decision which, under the harsh shadow of a communist state, he cannot afford to regret.

Dariel Suarez was born and raised in Havana, Cuba, and immigrated to the U.S. in 1997 at age fourteen. He is the author of the novel The Playwright’s House (Red Hen Press) and the story collection A Kind of Solitude (Willow Springs Books), winner of the 2017 Spokane Prize for Short Fiction, the 2019 International Latino Book Award for Best Collection of Short Stories, and a MassBook Award “Must Read.” Dariel is an inaugural City of Boston Artist Fellow and the Education Director at GrubStreet. His prose has appeared or is forthcoming in numerous publications, including The Threepenny Review, The Kenyon Review, Prairie Schooner, Michigan Quarterly Review, and The Caribbean Writer, where his work was awarded the First Lady Cecile de Jongh Literary Prize. Dariel earned his MFA in Fiction at Boston University and currently resides in the Boston area with his wife and daughter.

Christopher Castellani is the author of four novels, most recently Leading Men (Viking, 2019), for which he received fellowships from the Guggenheim Foundation, the Massachusetts Cultural Council, and MacDowell. A collection of essays, The Art of Perspective, was published by Graywolf in 2016. Christopher is on the fiction faculty of the Warren Wilson MFA Program and the Bread Loaf Writers’ Conference. He lives in Boston, where he is artistic director of GrubStreet, the country’s largest and leading independent center for creative writing.

Praise for The Playwright's House:

“The Playwright’s House is a bighearted novel, intricately embedded in the politics and daily life of contemporary Cuba. It is also a family story of love, sibling rivalry, courage, and redemption. Suarez writes with energy, exuberance, and psychological acuity. The straightforward prose adds gravity and earnestness to this remarkable novel.” –Ha Jin, National Book Award winner and author of War Trash

“The Playwright’s House is a thrilling and compassionate story of brotherhood, surveillance culture, the provocative power of theater, and the persistent ways past ghosts can haunt the present. Dariel Suarez animates the singularly complex and contradictory landscape of contemporary Havana with immense precision and insight. This is a stunning and vital novel.” –Laura van den Berg, author of The Third Hotel