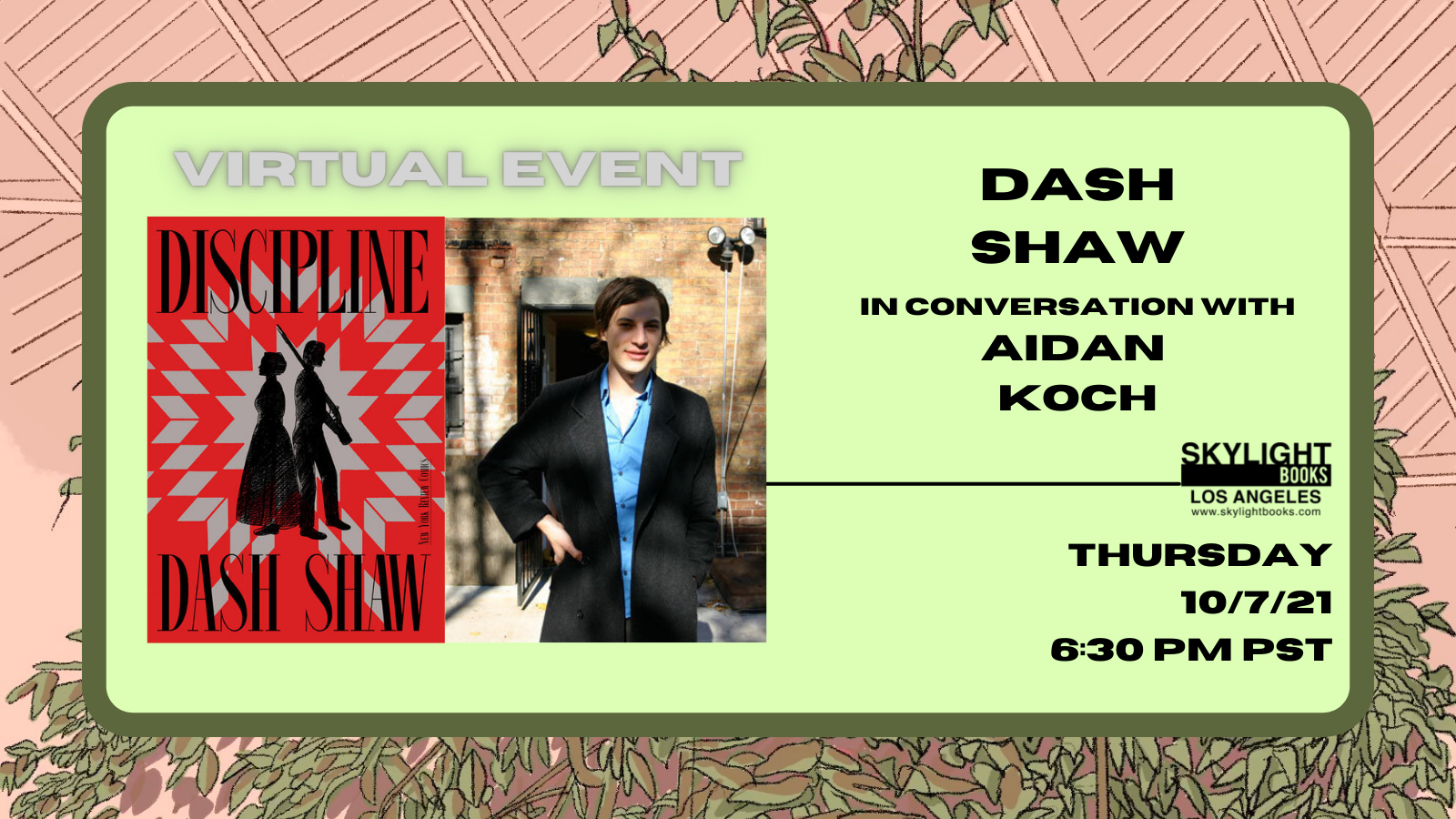 During the Civil War, many Quakers were caught between their fervent support of abolition, a desire to preserve the Union, and their long-standing commitment to pacifism. When Charles Cox, a young Quaker from Indiana, slips out early one morning to enlist in the Union Army, he scandalizes his family and his community.

Leaving behind the strict ways of Quaker life, Cox is soon confronted with the savagery of battle, the cruelty of the enemy (as well as of his fellow soldiers), and the overwhelming strangeness of the world beyond his home. He clings to his faith and family through letters with his sister, Fanny, who faces her own trials at home: betrayal, death, and a church that seems ready to fracture under the stress of the war.

Discipline is told largely through the letters exchanged between the Cox siblings—incorporating material from actual Quaker and soldier journals of the era—and drawn in a style that combines modern graphic storytelling with the Civil War–era battlefield illustrations of the likes of Thomas Nast and Winslow Homer. The result is a powerful consideration of faith, justice, and violence, and an American comics masterpiece.

Dash Shaw was raised Quaker in Richmond, Virginia, where he currently lives. He is the cartoonist of many graphic novels and wrote and directed two animated feature films, the most recent of which, Cryptozoo, won the 2021 Sundance Film Festival’s NEXT Innovator Prize and will be distributed by Magnolia Pictures. Shaw began working on Discipline in 2014, and it was drawn over the course of six years.