LIVE ON CROWDCAST: DEATH IN THE MOUTH LAUNCH EVENT 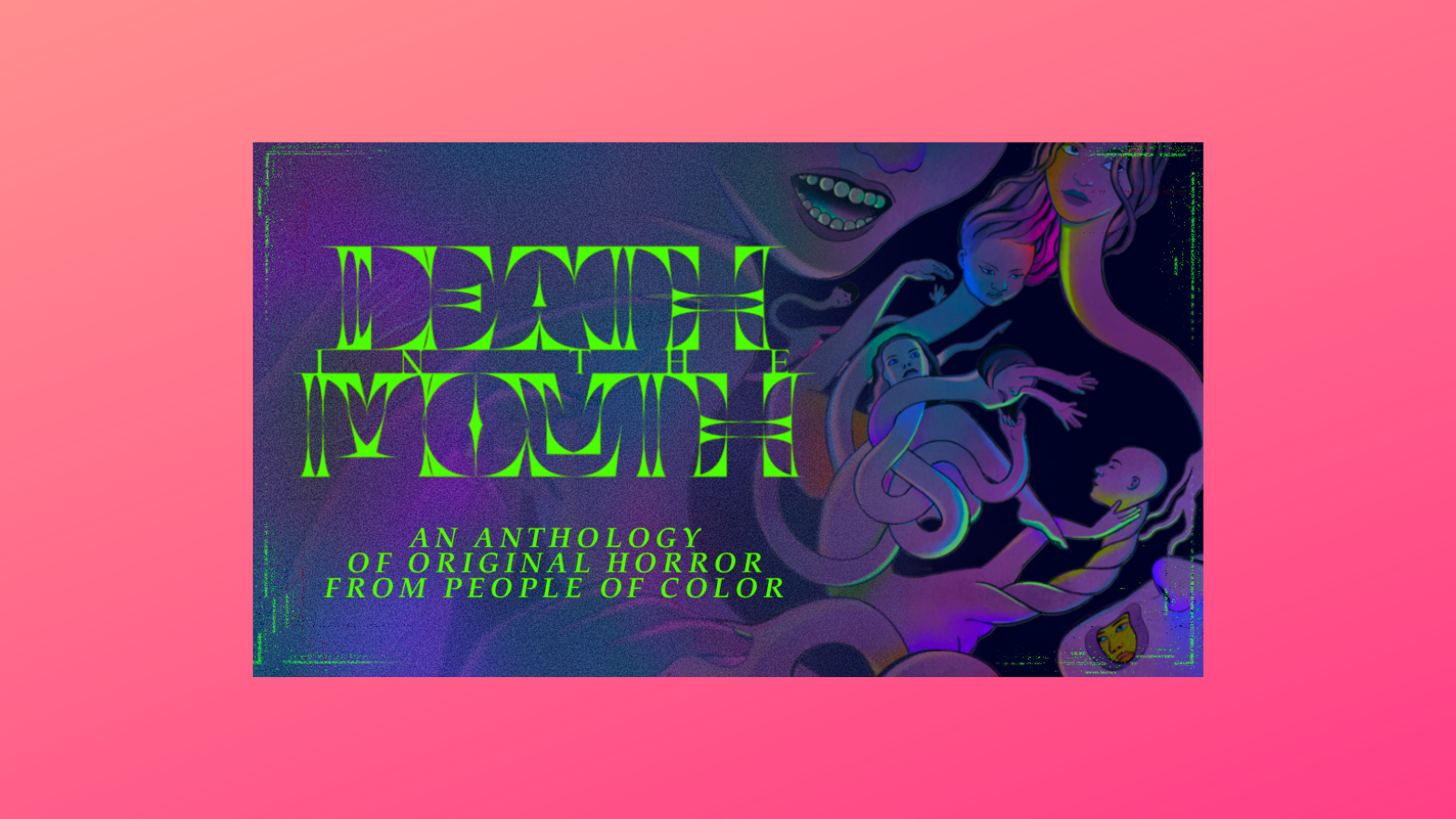 Death in the Mouth

Death in the Mouth is a collection of horror stories and art showcasing BIPOC and ethnically marginalized storytellers from around the world. You’ll read stories featuring grotesque manifestations of dread, the enveloping sludge of grief, and the insectoid itch of deep-seated fear. Embodiments of mania and displacements of faith. Harrowing ecstasy and debilitating hope. Transgressions of the body, the spirit, and the community. Unique and terrifying alien mythology from the future. Quiet, creeping absurdities. Weird urban legends from secondary worlds. In this anthology, Sloane Leong and Cassie Hart bring you an incredible range of stories and illustrations that celebrate the voices of those overlooked to show you the terrifying and exquisite scope of what horror can be.

Beatrice Iker grew up in the picturesque (and undoubtedly haunted) valley of the Great Smoky Mountains. A member of the Horror Writers Association (HWA), they are a 2022 Voodoonauts Fellow and the Managing Editor of the winnow, an LGBTQ+ literary magazine. Their work appears/is forthcoming in issues of FIYAH Magazine, Fantasy Magazine, Nightmare Magazine, and others. Additionally, they are a contributor in the DEATH IN THE MOUTH horror anthology (fall 2022). Beatrice lives in New England where they enjoy the snow with their husband, dog, two cats, and robust tarot deck collection.

K-Ming Chang is a Kundiman fellow, a Lambda Literary Award finalist, and a National Book Foundation 5 Under 35 honoree. She is the author of the New York Times Book Review Editors’ Choice novel BESTIARY (One World/Random House, 2020), which was longlisted for the Center for Fiction First Novel Prize and the PEN/Faulkner Award. In 2021, her chapbook BONE HOUSE was published by Bull City Press. Her most recent book is GODS OF WANT (One World/Random House, 2022). Her next book is a novel titled ORGAN MEATS. She lives in California.

Karin Lowachee was born in South America, grew up in Canada, and worked in the Arctic. She has been a creative writing instructor, adult education teacher, and volunteer in a maximum security prison. Her novels have been translated into French, Hebrew, and Japanese, and her short stories have been published in numerous anthologies, best-of collections, and magazines. When she isn't writing, she serves at the whim of a black cat.

Sloane Leong is a self-taught cartoonist, illustrator, and writer. She is the creator of several graphic novels: From Under Mountains, Prism Stalker, A Map to the Sun, and Graveneye and her fiction has appeared in many publications including Dark Matter Magazine, Apex Magazine, Fireside Magazine, Analog, Realm Media and many more. Sloane is currently living on Chinook land near what is known as Portland, Oregon with her family and three dogs.

Cassie Hart is a Māori speculative fiction writer who enjoys delving into human nature in all its beauty and disarray. Over the past five years she has published over ten novel and novellas, and has had her work printed in various anthologies including: A Foreign Country, Baby Teeth: Bite-sized Tales of Terror, Cthulhu: Land of the Long White Cloud, Regeneration, and Year’s Best Aotearoa New Zealand Science Fiction & Fantasy Volume 1. She also co-edited and contributed to the Sir Julius Vogel winning benefit anthology, Tales for Canterbury. She has been a finalist for the SJV’s many times, as well as a finalist for short fiction for the Australian Shadow Awards. In 2018 she was selected as one of six emerging Māori writers to participate in the Te Papa Tupuincubator programme, where she worked on her novel, Butcherbird, a supernatural suspense set under the watchful gaze of Mount Taranaki. Butcherbird is releasing in 2021 from Huia. She lives with her husband, three daughters, and assortment of animals in beautiful Aotearoa.