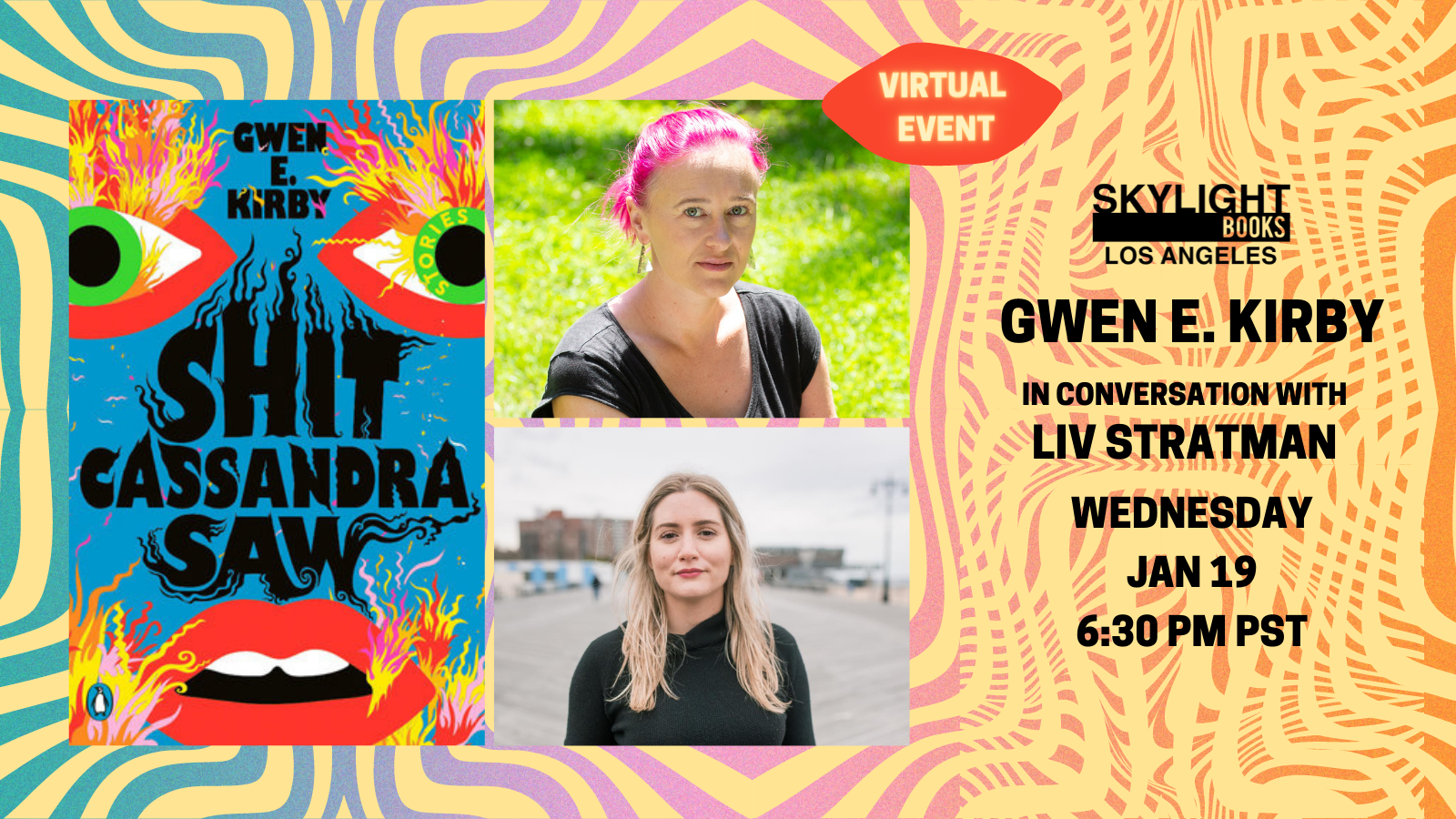 Margaret Atwood meets Buffy in these funny, warm, and furious stories of women at their breaking points, from Hellenic times to today.

Cassandra may have seen the future, but it doesn't mean she's resigned to telling the Trojans everything she knows. In this ebullient collection, virgins escape from being sacrificed, witches refuse to be burned, whores aren't ashamed, and every woman gets a chance to be a radioactive cockroach warrior who snaps back at catcallers. Gwen E. Kirby experiments with found structures--a Yelp review, a WikiHow article--which her fierce, irreverent narrators push against, showing how creativity within an enclosed space undermines and deconstructs the constraints themselves. When these women tell the stories of their triumphs as well as their pain, they emerge as funny, angry, loud, horny, lonely, strong protagonists who refuse to be secondary characters a moment longer. From "The Best and Only Whore of Cym Hyfryd, 1886" to the "Midwestern Girl Is Tired of Appearing in Your Short Stories," Kirby is playing and laughing with the women who have come before her and they are telling her, we have always been this way. You just had to know where to look.

Gwen E. Kirby is a writer and teacher. She hails from San Diego and is a proud graduate of Carleton College. She has an MFA from Johns Hopkins University and a PhD from the University of Cincinnati. Currently, she is the Associate Director of Programs and Finance for the Sewanee Writers’ Conference at the University of the South, where she also teaches creative writing. Her stories appear or are forthcoming in One Story, Tin House, Guernica, Mississippi Review, Ninth Letter, Blackbird, SmokeLong Quarterly, and elsewhere. Guest editor Aimee Bender selected her story “Shit Cassandra Saw . . .” for Best Small Fictions 2018 and it also appears in the 2018 Wigleaf Top 50. Her story “Midwestern Girl Is Tired of Appearing in Your Short Stories” won the 2017 DISQUIET Literary Prize for Fiction. She has received two Pushcart Prize special mentions and has been awarded scholarships to the Rivendell Writers’ Colony and the Sundress Academy for the Arts. She was the 2018-2019 George Bennett Fellow at Phillips Exeter Academy.

Liv Stratman is a writer and humorist whose first novel, Cheat Day, was published by Scribner in 2021. She writes and hosts the newsletter/podcast A REASON TO LIVE. A few days a week, Liv serves drinks and book recommendations at the East Village’s Book Club Bar.

“When I reached the end of every single one of Gwen E. Kirby's wildly unique stories, I felt like she had altered the universe a little, created a new element, opened up some fault lines in the earth. Kirby writes with boundless humor, a confidence and ease with strange premises, and yet there is always that flash of a fang or a blade or a Sharpie, reminding you to pay closer attention.”
—Kevin Wilson, New York Times bestselling author of Nothing to See Here

"Excellent...The prose is sharp and calibrated to suit each of Kirby's temporally and geographically diverse settings...[with] risk-taking and assured, well-developed craft. This is remarkable."
—Publishers Weekly *Starred Review*

“As fun as it is furious, Shit Cassandra Saw rewrites womanhood with a cast of complex, contradictory, brave and bonkers heroines as likely to skewer you with a cutlass as they are to poorly re-tile your bathroom. I want to be friends with all of the women in this collection who refuse to be anything other than exactly who they are. A barnburner of a book that will set you ablaze with its clear-eyed brilliance.”
—Rachel Yoder, author of Nightbitch

“Shit Cassandra Saw is a readable and unflinching book about womanhood in the modern world. The stories in this collection are fierce yet playful, like the characters themselves, and I read along in a fugue state of gleeful panic. Gwen E. Kirby takes readers into a funhouse of the mundane, revealing the excitement, possibility, and pure fun that lives just behind the predictable man's world we already know.”
—Liv Stratman, author of Cheat Day

“The stories in Shit Cassandra Saw strike fast and leave you humming in their mysteries. Gwen E. Kirby has written a book that boldly defies categorization, much like the women at its center. Here is a writer who is too good to tell a story just one way. I’ll follow Kirby’s mind anywhere.”
—Simon Han, author of Nights When Nothing Happened