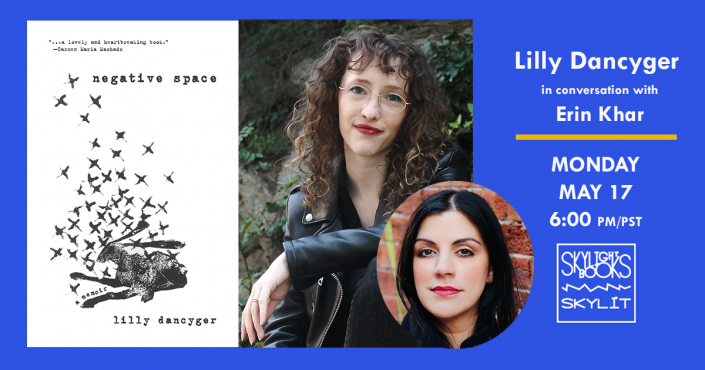 **Signed bookplates will be available for this book. Select signed copy at checkout to recieve yours!

Despite her parents’ struggles with addiction, Lilly Dancyger always thought of her childhood as a happy one. But what happens when a journalist interrogates her own rosy memories to reveal the instability around the edges?

Dancyger’s father, Joe Schactman, was part of the iconic 1980s East Village art scene. He created provocative sculptures out of found materials like animal bones, human hair, and broken glass, and brought his young daughter into his gritty, iconoclastic world. She idolized him—despite the escalating heroin addiction that sometimes overshadowed his creative passion. When Schactman died suddenly, just as Dancyger was entering adolescence, she went into her own self-destructive spiral, raging against a world that had taken her father away.

As an adult, Dancyger began to question the mythology she’d created about her father—the brilliant artist, struck down in his prime. Using his sculptures, paintings, and prints as a guide, Dancyger sought out the characters from his world who could help her decode the language of her father’s work to find the truth of who he really was.

A memoir from the editor of Burn It Down: Women Writing About Anger, Negative Space explores Dancyger’s own anger, grief, and artistic inheritance as she sets out to illuminate the darkness her father hid from her, as well as her own.

Lilly Dancyger is a contributing editor at Catapult, and assistant editor at Barrelhouse Books. She's the author of Negative Space, a reported and illustrated memoir selected by Carmen Maria Machado as a winner of the 2019 Santa Fe Writers Project Literary Awards; and the editor of Burn It Down, a critically acclaimed anthology of essays on women's anger from Seal Press. Her writing has been published by Longreads, The Washington Post, Glamour, Playboy, Rolling Stone, and more. She lives in New York City, and you can find her on twitter at @lillydancyger.

Erin Khar's debut memoir, Strung Out: One Last Hit and Other Lies that Nearly Killed Me appeared on most anticipated lists from The Rumpus, SELF, Apple Books, Goodreads, Bitch Media, Alma, and others. Of the book, The New York Times writes, "Khar’s buoyant writing doesn’t get mired in her dark subject matter. There is an honesty here that can only come from, to put it in the language of 12-step programs, a 'searching and fearless moral inventory.' This is a story she needed to tell; and the rest of the country needs to listen." Erin writes the popular weekly advice column, Ask Erin, and her personal essays have appeared in SELF, Marie Claire, Salon, HuffPost, The Rumpus, Longreads, LA Weekly, Esquire, Cosmopolitan, and others. She lives in New York City.

Burn It Down: Women Writing about Anger (Hardcover)

Strung Out: One Last Hit and Other Lies That Nearly Killed Me (Hardcover)