LIVE ON CROWDCAST: LUCY CORIN in conversation with NIELA ORR 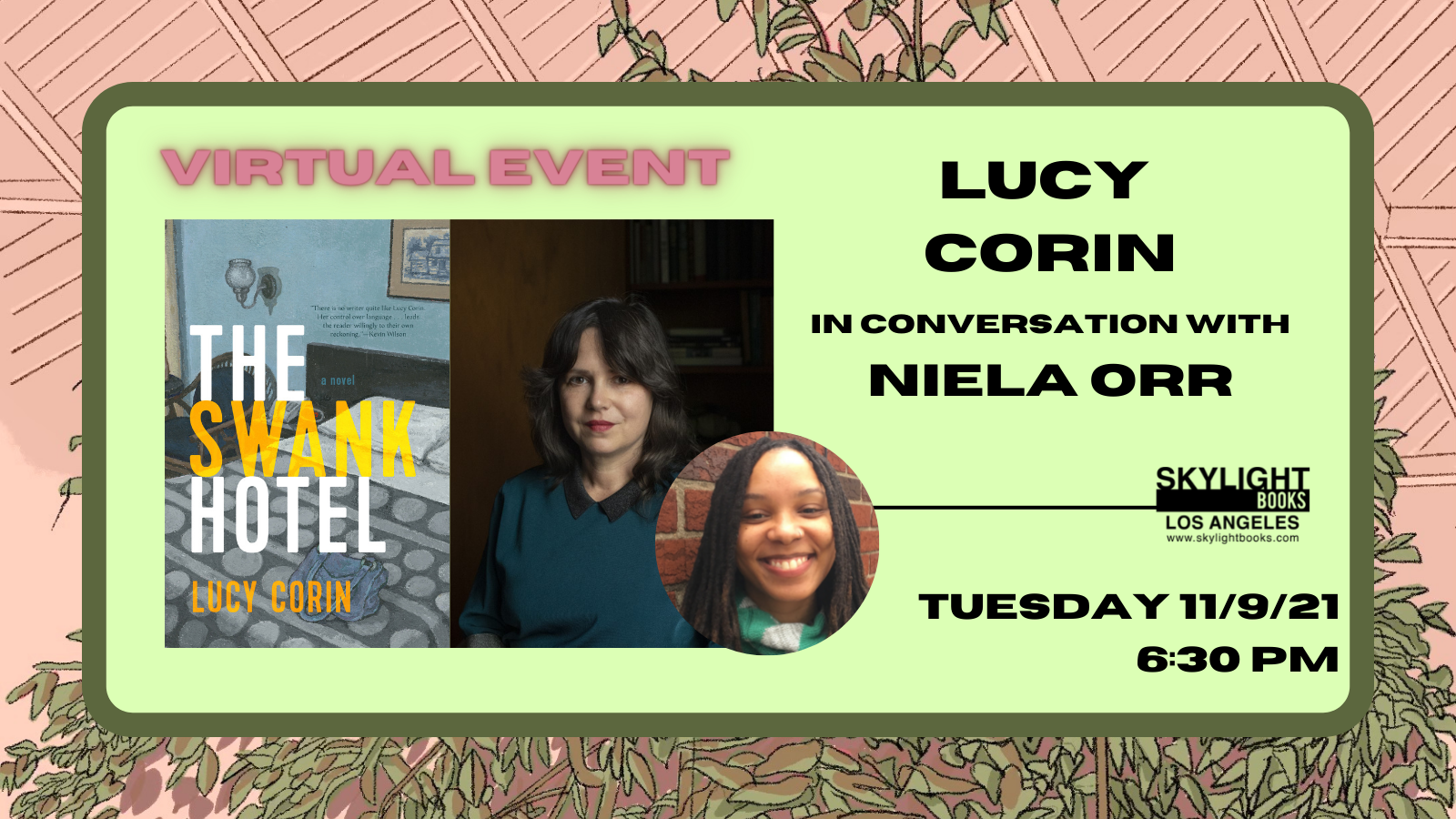 At the outset of the 2008 financial crisis, Em has a dependable, dull marketing job generating reports of vague utility while she anxiously waits to hear news of her sister, Ad, who has gone missing—again. Em’s days pass drifting back and forth between her respectably cute starter house (bought with a “responsible, salary-backed, fixed-rate mortgage”) and her dreary office. Then something unthinkable, something impossible happens and she begins to see how madness permeates everything around her while the mundane spaces she inhabits are transformed, through Lucy Corin’s idiosyncratic magic, into shimmering sites of the uncanny.

The story that swirls around Em moves through several perspectives and voices. There is Frank, the tart-tongued, failing manager at her office; Jack, the man with whom Frank has had a love affair for decades; Em and Ad’s eccentric parents who live in a house that is perpetually being built; and Tasio, the young man from Chiapas who works for them and falls in love with Ad. Through them Corin portrays porousness and breakdown in individuals and families, in economies and political systems, in architecture, technology, and even in language itself.

The Swank Hotel is an acrobatic, unforgettable, surreal, and unexpectedly comic novel that interrogates the illusory dream of stability that pervaded early twenty-first century America.

Lucy Corin is the author of The Swank Hotel, One Hundred Apocalypses and Other Apocalypses, and two other books of fiction. She is the recipient of an American Academy of Arts and Letters Rome Prize and an NEA Literature Fellowship. She lives in Berkeley, California.

Niela Orr is a story producer at Pop-Up Magazine, an editor-at-large of The Believer, and a fellow at the Black Mountain Institute. Her writing has appeared in The London Review of Books, The New York Times Magazine, BuzzFeed, The Baffler, and McSweeney's Quarterly, among other publications.

The Swank Hotel: A Novel (Paperback)