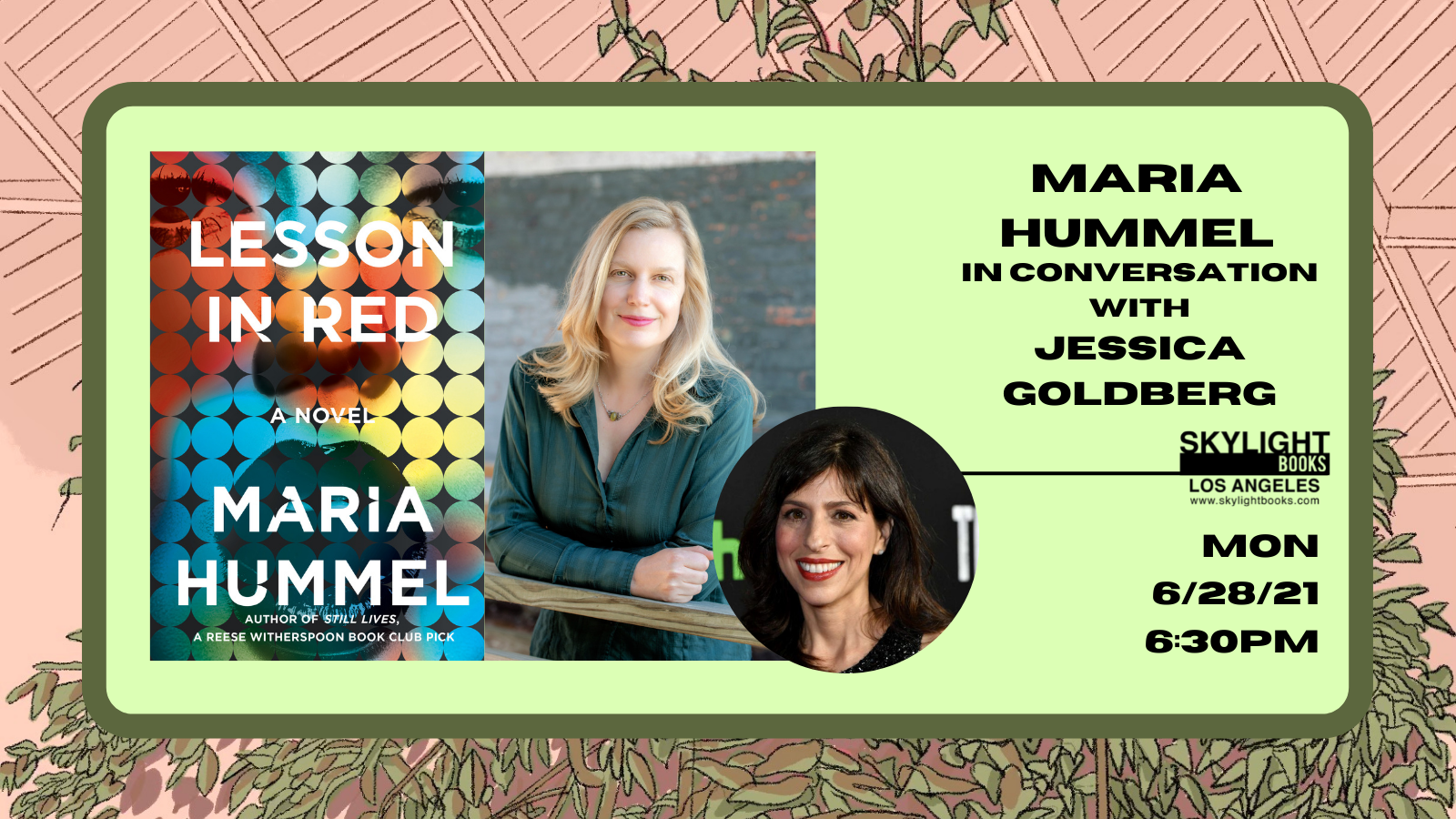 A companion to Still Lives–a Reese’s Book Club x Hello Sunshine selection–this savvy thriller exposes dark questions about power and the art world and reveals the fatal mistakes that can befall those who threaten its status quo.

Brenae Brasil is a rising star at Los Angeles Art College, the most prestigious art school in the country, and her path to art world celebrity is all but assured. Until she is found dead on campus, just after completing a provocative documentary about female bodies, coercion, and self-defense.

Maggie Richter’s return to L.A. and her job at the Rocque Museum was supposed to be about restarting her career and reconnecting with old friends. With mounting pressure to keep the museum open, the last thing she needs is to find herself at the center of another art world mystery. But when she uncovers a number of cryptic clues in Brasil’s video art, Maggie is suddenly caught up in the shadowy art world of Los Angeles, playing a very dangerous game with some very influential people. And the closer she gets to the truth, the more lies she threatens to expose.

Maria Hummel, praised for her “genius for layering levels of meaning” (BBC), has brought us back to her provocative noir Los Angeles with this haunting investigation into power and the art world.

Maria Hummel is a novelist and poet. Her most recent novel, Still Lives, was a Reese Witherspoon x Hello Sunshine Book Club pick, Book of the Month Club pick, and BBC Culture Best Book of 2018, and has been optioned for television and translated into multiple languages. She is also the author of Motherland, a novel, a San Francisco Chronicle Book of the Year; and House and Fire, winner of the APR/Honickman Poetry Prize. She has worked and taught at The Museum of Contemporary Art, Los Angeles; Stanford University; and the University of Vermont. She lives in Vermont with her husband and sons.

Jessica Goldberg started her career as a playwright. Her play REFUGE won the Susan Smith Blackburn Prize, and she went on to adapt and direct it as a feature film starring Krysten Ritter.  Jessica’s television work includes NBC’s Parenthood. She created and executive produced THE PATH with Aaron Paul, Michelle Monaghan and Hugh Dancy that ran for three seasons on Hulu. She served as Executive Producer and Showrunner of AWAY for Netflix. Jessica’s film work includes ALEX OF VENICE directed by Chris Messina, and CHERRY directed by the Russo Brothers.  She is currently writing a movie about The Golden Record with director Sebastian Leilo; and will Executive Produce and showrun the pilot, Dark Horse for ABC. She is also adapting Still Lives for Hulu.