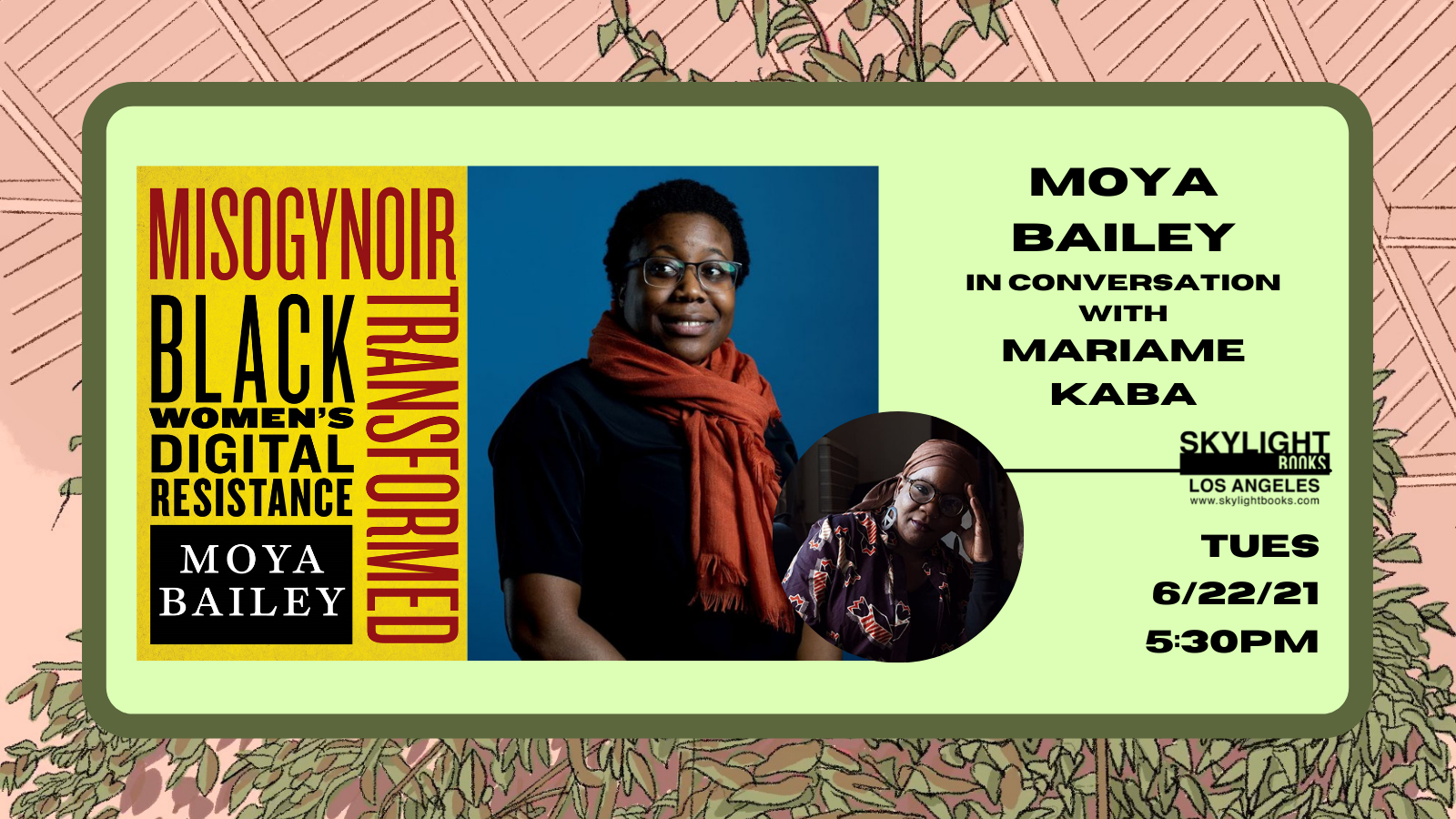 When Moya Bailey first coined the term misogynoir, she defined it as the ways anti-Black and misogynistic representation shape broader ideas about Black women, particularly in visual culture and digital spaces. She had no idea that the term would go viral, touching a cultural nerve and quickly entering into the lexicon. Misogynoir now has its own Wikipedia page and hashtag, and has been featured on Comedy Central’s The Daily Show and CNN’s Cuomo Prime Time. In Misogynoir Transformed, Bailey delves into her groundbreaking concept, highlighting Black women’s digital resistance to anti-Black misogyny on YouTube, Facebook, Tumblr, and other platforms.

At a time when Black women are depicted as more ugly, deficient, hypersexual, and unhealthy than their non-Black counterparts, Bailey explores how Black women have bravely used social-media platforms to confront misogynoir in a number of courageous—and, most importantly, effective—ways. Focusing on queer and trans Black women, she shows us the importance of carving out digital spaces, where communities are built around queer Black webshows and hashtags like #GirlsLikeUs.

Moya Bailey is Assistant Professor of Africana Studies and the program in Women’s, Gender, and Sexuality Studies at Northeastern University. Her work focuses on marginalized groups’ use of digital media to promote social justice as acts of self-affirmation and health promotion, and she is interested in how race, gender, and sexuality are represented in media and medicine. Bailey currently curates the #transformDH Tumblr initiative in Digital Humanities. She is also the digital alchemist for the Octavia E. Butler Legacy Network. She is an MLK Visiting Scholar at MIT for the 2020–2021 academic year.

Mariame Kaba is an American activist and organizer who advocates for the abolition of the prison industrial complex, transformative justice and supporting youth leadership development. She is the author of We Do This 'Til We Free Us (2021) and founder and director of Project NIA, a grassroots organization with a vision to end youth incarceration. She lives in New York City.

"Moya Bailey has written a powerful book that explores the reach and impact of her groundbreaking idea—misogynoir. Bailey centers her analysis on what she calls the margins of Black womanhood, illustrating both the many ways misogynoir has negatively shaped the life chances of Black women, and the many ways cis, queer and trans Black women and nonbinary, agender and gender variant Black folks are using digital tools to resist harm, define their complexity and create new narratives of Black women’s lives, health and futures. Using a series of case studies, Bailey details how Black women are using practices she labels digital alchemy to create new spaces, ideas and counter publics that empower Black women. Misogynoir Transformed is an important Black queer feminist text that implores us to think differently and expansively about Black women, resistance and power in the 21st century." ~Cathy J. Cohen, author of Democracy Remixed: Black Youth and the Future of American Politics

"Misogynoir Transformed is a resounding, deftly reported manifesto centering the work of transformative Black women seeking one another in a culture that refuses to see us and center us. Moya Bailey reminds us that we are our liberators and have always had the tools to seek, see and celebrate ourselves." ~Janet Mock, New York Times bestselling author of Redefining Realness and Surpassing Certainty

"Misogynoir Transformed is meticulously researched and an extraordinary example of Black feminist studies as an interdisciplinary project. It is brilliant in its exploration of the ways in which Black women, especially queer, nonbinary, agender, gender variant and trans women resist misogynoir in various media in their roles as 'digital alchemists.' The book underscores the urgency of reimagining how we define women's social movements given the use of social media platforms among Black women and girls in their mitigation of misogynoir." ~Beverly Guy-Sheftall, editor of Words of Fire: An Anthology of African-American Feminist Thought

We Do This 'Til We Free Us: Abolitionist Organizing and Transforming Justice (Paperback)