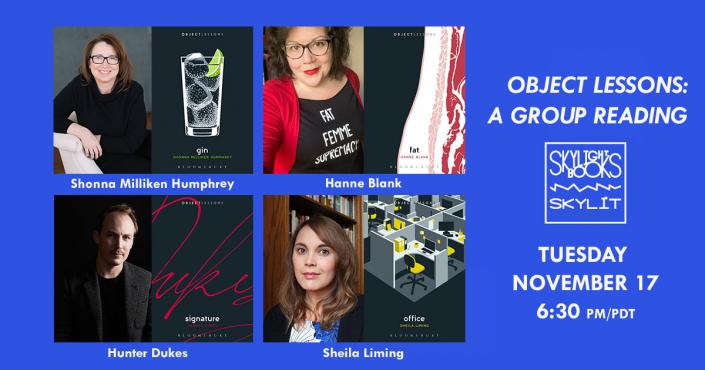 Gin tastes like Christmas to some and rotten pine chips to others, but nearly everyone familiar with the spirit holds immediate gin nostalgia.

Although early medical textbooks treated it as a healing agent, early alchemists (as well as their critics) claimed gin's base was a path to immortality-and also Satan's tool. In more recent times, the gin trade consolidated the commercial and political power of nations and prompted a social campaign against women. Gin has been used successfully as a defense for murder; blamed for massive unrest in 18th-century England; and advertised for as an abortifacient.

From its harshest proto-gin distillation days to the current smooth craft models, gin plays a powerful cultural role in film, music, and literature-one that is arguably older, broader, and more complex than any other spirit.

Shonna Milliken Humphrey is the author of Show Me Good Land (2011) and Dirt Roads and Diner Pie (2016). Her essays have appeared in the New York Times, The Atlantic, and Salon. She played a key role in the posthumous publication of The Afterlife of Kenzaburo Tsuruda written by Elisabeth Wilkins Lombardo, and for two years, she was a food writer for The Maine Sunday Telegram. www.shonnahumphrey.com

Why do we sign our names? How can a squiggle both enslave and liberate? Signatures often require a witness-as if the scrawl itself is not enough. What other kinds of beliefs and longings justify our signing practices?

Signature addresses these questions as it roams from a roundtable on the Greek island of Syros, to a scene of handwriting analysis conducted in an English pub, from a wedding in Moscow, where guests sign the bride's body, to a San Franciscan tattoo parlor interested in arcane forms.

Part cultural chronicle, part travelogue, Signature pursues the identifying marks made by people, animals, and planetary forces, revealing the stories and fantasies hidden in their signatures.

Hunter Dukes is Lecturer of English Literature at Tampere University, Finland, and a former Research Fellow at Peterhouse, University of Cambridge, UK.

Demonized in medicine and public policy, adored by chefs and nutritional faddists (and let's face it, most of us who eat), simultaneously desired and abhorred when it comes to sex, and continually courted by a multi-billion-dollar fitness and weight-loss industry, for so many people “fat” is ironically nothing more than an insult or a state of despair.

In Hanne Blank's Fat we find fat as state, as possession, as metaphor, as symptom, as object of desire, intellectual and carnal. Here, “feeling fat” and literal fat merge, blurring the boundaries and infusing one another with richer, fattier meanings.

Dr. Hanne Blank is a cultural historian who works in the intersections of gender and sexuality, history of medicine, bioethics, and politics. Her books include Fat (Bloomsbury, 2020), Straight: The Surprisingly Short History of Heterosexuality (2014) and Virgin: The Untouched History (Bloomsbury, 2007). She currently serves on the faculty for Women's & Gender Studies at Denison University, USA.

From its origins in the late 19th century to its decline in the 21st, Sheila Liming's Office narrates a cultural history of a place that has arguably been the primary site of labor in the postmodern economy.

During the post-war decades of the 20th century, the office rose to prominence in culture, achieving an iconic status that is reflected in television, film, literature, and throughout the history of advertising. Most people are well versed in the clichés of office culture, despite evidence that an increasing number of us no longer work in offices.

With the development of computing technology in the 1980s and 90s, the office underwent many changes. Microsoft debuted its suite of multitasking applications known as Microsoft Office in 1989, firing the first shot in the war for the office's survival. This book therefore poses the question: how did culture become organized around the idea of the office, and how will it change if the office become extinct?

Sheila Liming is Associate Professor in the Writing program at Champlain College, USA, and author of What a Library Means to a Woman: Edith Wharton and the Will to Collect Books (2020).