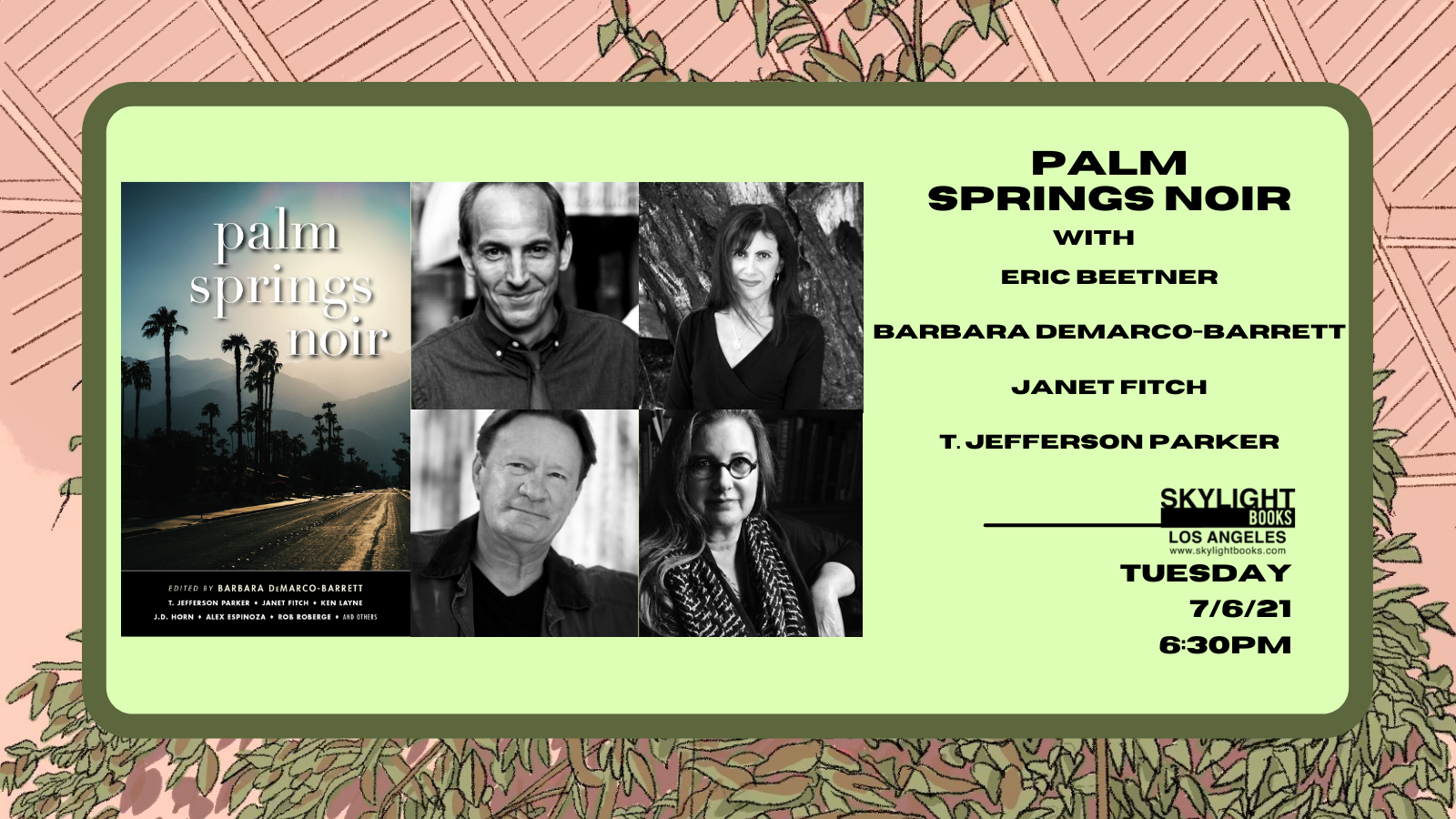 As editor DeMarco-Barrett points out, it's hard to think 'noir' in a landscape that offers 300 days of sunshine a year. But unrelenting heat and light can do funny things to your brain...An engaging mix of the good, the bad, and the off-kilter.
--Kirkus Reviews

Akashic Books continues its award-winning series of original noir anthologies, launched in 2004 with Brooklyn Noir. Each book comprises all new stories, each one set in a distinct location within the geographic area of the book.

Eric Beetner has been called “the twenty-first century’s answer to Jim Thompson.” He has written more than twenty novels, including All the Way Down, Rumrunners, and The Devil Doesn’t Want Me. When not spending the weekend vacationing in Palm Springs with his family, he cohosts the podcast Writer Types and the Noir at the Bar reading series. For more information, visit ericbeetner.com.

Barbara DeMarco-Barrett spends time in the desert whenever she can. She hosts Writers on Writing on KUCI-FM, and her book Pen on Fire was a Los Angeles Times best seller. Her short story “Crazy for You” was published in USA Noir: Best of the Akashic Noir Series. She has also published in the Los Angeles Times, the Los Angeles Review of Books, Inlandia, Shotgun Honey, Partners in Crime, and Paradigm Shifts. For more information, visit barbarademarcobarrett.com.

Janet Fitch is the best-selling author of White Oleander, Paint It Black, The Revolution of Marina M., and Chimes of a Lost Cathedral, an epic of the Russian Revolution. Her short stories and essays have appeared in a variety of publications. Two of her novels and her story “The Method,” from Los Angeles Noir, have been made into feature films. The Palm Canyon mobile home in “Sunrise” belonged to her grandmother. For more information, janetfitchwrites.com.

T. Jefferson Parker is the author of twenty-five crime novels, and numerous short stories and essays. He was born in Los Angeles, grew up in Orange County, and now lives north of San Diego. He has won two Edgar Awards for best novel, an Edgar for best short story, a Los Angeles Times Book Prize and a Seamus Award. When not at work he enjoys fishing, hiking, and beachcombing. For more information, visit tjeffersonparker.com.