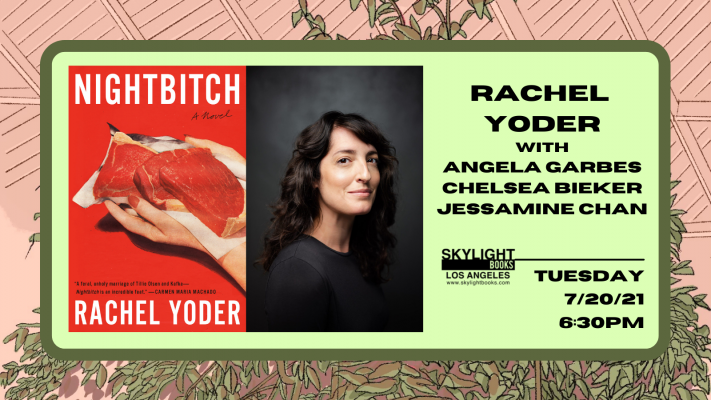 In this blazingly smart and voracious debut, an artist turned stay-at-home mom becomes convinced she’s turning into a dog.

One day, the mother was a mother, but then one night, she was quite suddenly something else…

An ambitious mother puts her art career on hold to stay at home with her newborn son, but the experience does not match her imagination. Two years later, she steps into the bathroom for a break from her toddler’s demands, only to discover a dense patch of hair on the back of her neck. In the mirror, her canines suddenly look sharper than she remembers. Her husband, who travels for work five days a week, casually dismisses her fears from faraway hotel rooms.

As the mother’s symptoms intensify, and her temptation to give in to her new dog impulses peak, she struggles to keep her alter-canine-identity secret. Seeking a cure at the library, she discovers the mysterious academic tome which becomes her bible, A Field Guide to Magical Women: A Mythical Ethnography, and meets a group of mommies involved in a multilevel-marketing scheme who may also be more than what they seem.

An outrageously original novel of ideas about art, power, and womanhood wrapped in a satirical fairy tale, Nightbitch will make you want to howl in laughter and recognition. And you should. You should howl as much as you want.

RACHEL YODER is a founding editor of draft: the journal of process and works as a senior speaking agent at The Tuesday Agency. She holds M.F.A's from the University of Arizona (fiction) and the University of Iowa (nonfiction), where she was an Iowa Arts Fellow. Her stories and essays have been published in literary journals such as The Kenyon Review and The Missouri Review, as well as national outlets such as The New York Times, The Sun, and Lit Hub. She lives in Iowa City with her husband and son.

Jessamine Chan’s short stories have appeared in Tin House and Epoch. A former reviews editor at Publishers Weekly, she holds an MFA from Columbia University. She lives in Philadelphia with her husband and daughter. Her debut novel The School for Good Mothers is forthcoming from Simon & Schuster in January 2022.

Chelsea Bieker is the author of the novel GODSHOT which is a finalist for both the Oregon and California Book Award, longlisted for The Center For Fiction’s First Novel Prize, and named a Barnes and Noble Pick of the Month. Her story collection, HEARTBROKE, will be published in April 2022. Her writing has appeared in The Paris Review, Granta, The Cut, McSweeney’s, Lit Hub, Electric Literature, and others. She is the recipient of a Rona Jaffe Writers’ Award and a MacDowell Colony fellowship. Originally from California’s Central Valley, she now lives in Portland, Oregon with her husband and two children.

Angela Garbes is the author of Like a Mother, an NPR Best Book of 2018 and finalist for the Washington State Book Award in Nonfiction. Her work has appeared in The New York Times, New York, The Cut, Bon Appetit, and featured on NPR's Fresh Air. She also co-hosts The Double Shift, an acclaimed podcast questioning the status quo of motherhood in America. She lives with her family in Seattle.

“I could not love a novel more than Rachel Yoder’s Nightbitch. It’s such a uniquely brilliant book, one that looks at the intersection of motherhood and art, the terror of ‘a thousand artless afternoons’. It is so wonderfully observant, so precise, and yet manages to expand and expand upon those initial concerns, turning magical, dark, and funny.”
—KEVIN WILSON, New York Times bestselling author of Nothing to See Here

“A feral, unholy marriage of Tillie Olsen and Kafka—Nightbitch is an incredible feat.”
—CARMEN MARIA MACHADO

“A high wire act of a novel that expertly balances the uncanny and quotidian moments of early motherhood. Yoder’s writing is graceful, funny and unnerving as hell.”
—JENNY OFFILL, New York Times bestselling author of Weather and Dept. of Speculation

“Yoder’s guttural and luminous debut blends absurdism, humor, and myth to lay bare the feral, violent realities underlying a new mother’s existence… Bursting with fury, loneliness, and vulgarity, Yoder’s narrative revels in its deconstruction of the social script women and mothers are taught to follow, painstakingly reading between the lines to expose the cruel and downright ludicrous ways in which women are denied their personhood. An electric work by an ingenious new voice, this is one to devour.”
—Publishers Weekly *starred review*