LIVE ON CROWDCAST: RICHARD LANGE reads from and discusses ROVERS with JONATHAN AMES 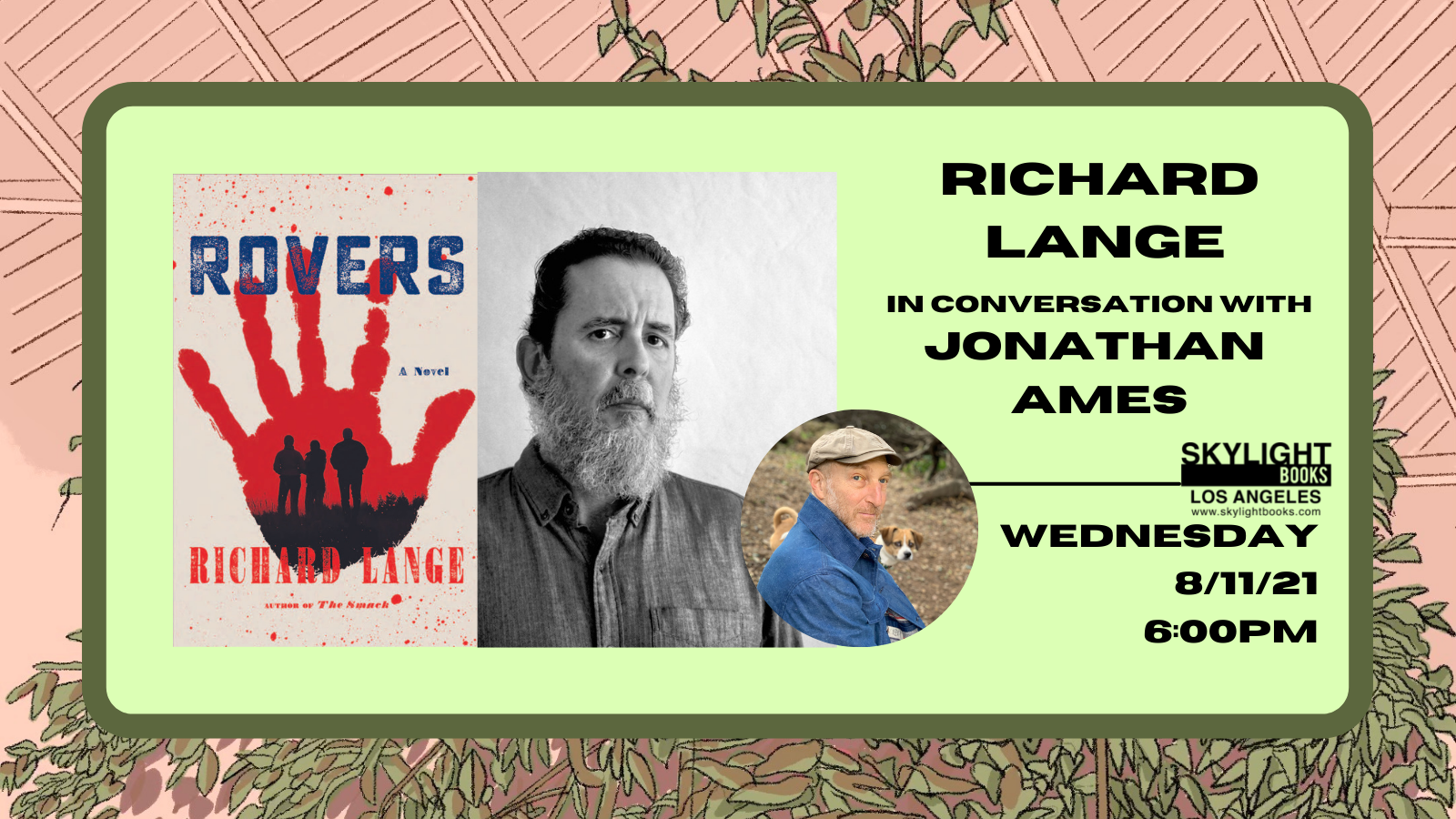 *Please note: This event will take place live on Crowdcast. RSVP here to join the livestream or watch the replay. This virtual event will be followed by an in-store signing later in the evening on Wednesday, August 11th at 8 PM PST. Click here for more information!

Richard Lange is the author of the story collections Dead Boys and Sweet Nothing and the novels This Wicked World, Angel Baby, and The Smack. He is the recipient of a Guggenheim Fellowship, the International Association of Crime Writers’ Hammett Prize, a Crime Writers’ Association Dagger Award, and the Rosenthal Family Foundation Award from the American Academy of Arts and Letters. He lives in Los Angeles.

“Rovers twists and turns like a whirlwind of desert dust. Richard Lange has created an energetic, entertaining, pulsing novel in Rovers, where things roam in the night and burn in the day and the path to salvation is a timeless, dangerous journey. A wild west, gothic thrill ride.”—Michael Farris Smith, author of Nick and Blackwood