LIVE ON CROWDCAST: ROBBIE COUCH presents BLAINE FOR THE WIN in conversation with MARGOT WOOD 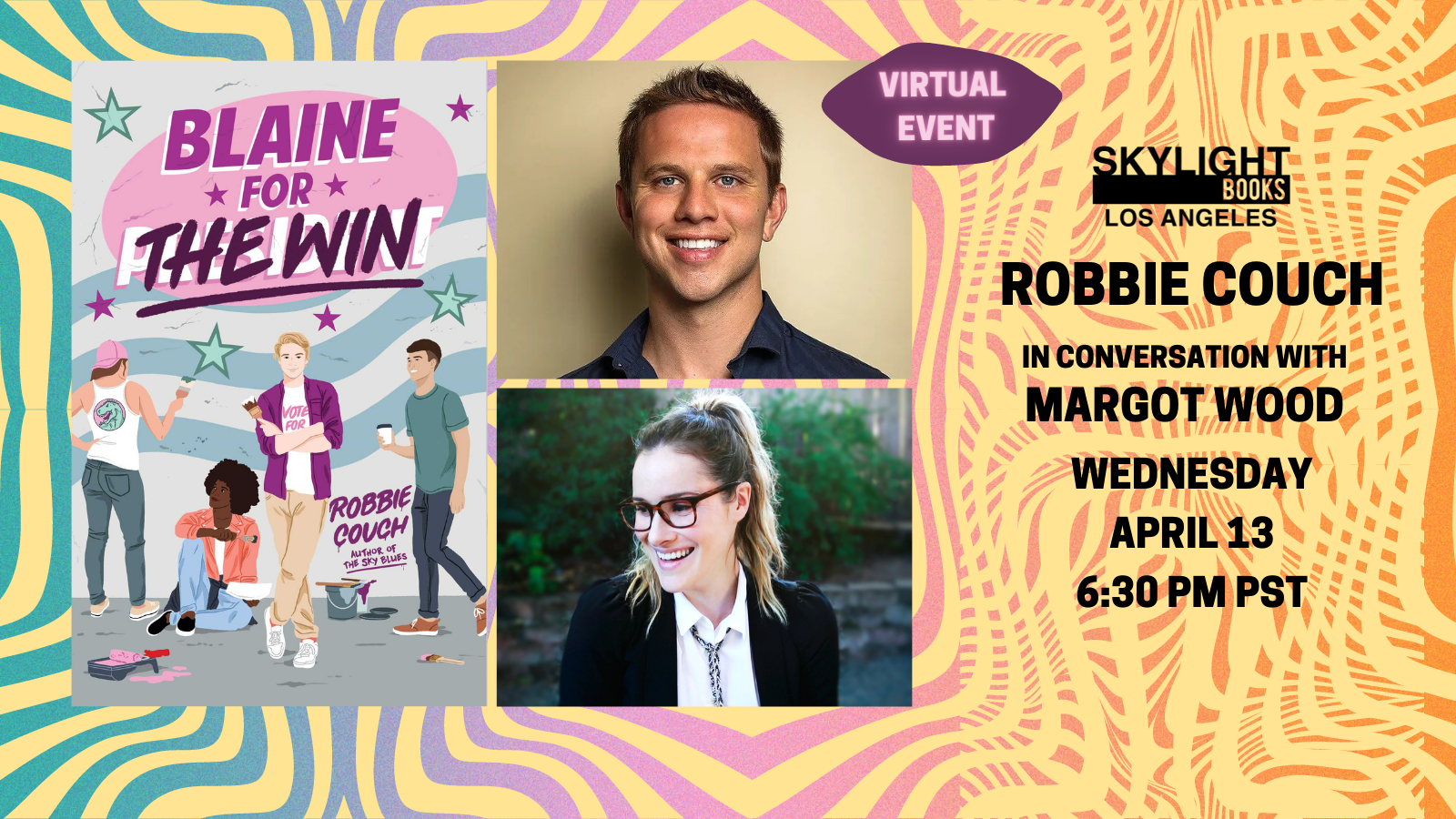 Blaine for the Win (Simon & Schuster Books for Young Readers)

After being dumped so his boyfriend can pursue more “serious” guys, a teen boy decides to prove he can be serious, too, by running for senior class president in this joyful romp from the author of The Sky Blues.

Except Joey breaks up with him instead. In public. On their one-year anniversary.

Because, according to Joey, Blaine is too goofy, too flighty, too…unserious. And if Joey wants to go far in life, he needs to start dating more serious guys. Guys like Zach Chesterton.

Determined to prove that Blaine can be what Joey wants, Blaine decides to enter the running to become his successor (and beat out Joey’s new boyfriend, Zach) as senior student council president.

But is he willing to sacrifice everything he loves about himself to do it?

Robbie Couch is a Los Angeles-based writer who spends his time eating noodles, scrolling on his phone, and explaining to confused strangers that his last name is pronounced “like a sofa.” He is the author of The Sky Blues and Blaine for the Win. Follow him on Twitter, if you dare: @Robbie_Couch.

Margot Wood is the founder of Epic Reads and has worked in marketing for more than a decade at publishing houses both big and small. She is a graduate of Emerson College and once appeared as an extra in the Love, Simon movie. Born and raised in Cincinnati, Wood now lives in Portland, Oregon.

Praise for Blaine for the Win -

"Packed with empowering and relatable moments, with the perfect balance of humor and heart, Blaine for the Win has my vote."
— Rachael Lippincott, New York Times bestselling author of Five Feet Apart

"A wonderful novel about the importance of being yourself and having friends who will follow you no matter where you go. Blaine and his fun-loving, absolute powerhouse circle of friends had me cheering for them the whole time. I'd vote for Blaine!"
— Loan Le, author of A Pho Love Story

"Blaine’s conflict between remaining true to himself versus becoming a seemingly more mature, serious person forms a relatable backdrop to the plot....A good read with a clear message about authenticity."
— Kirkus Reviews

"Couch (The Sky Blues, 2021) has written an engaging novel with likable characters and a clever plot...an altogether winning read."
— Booklist

Blaine for the Win (Hardcover)