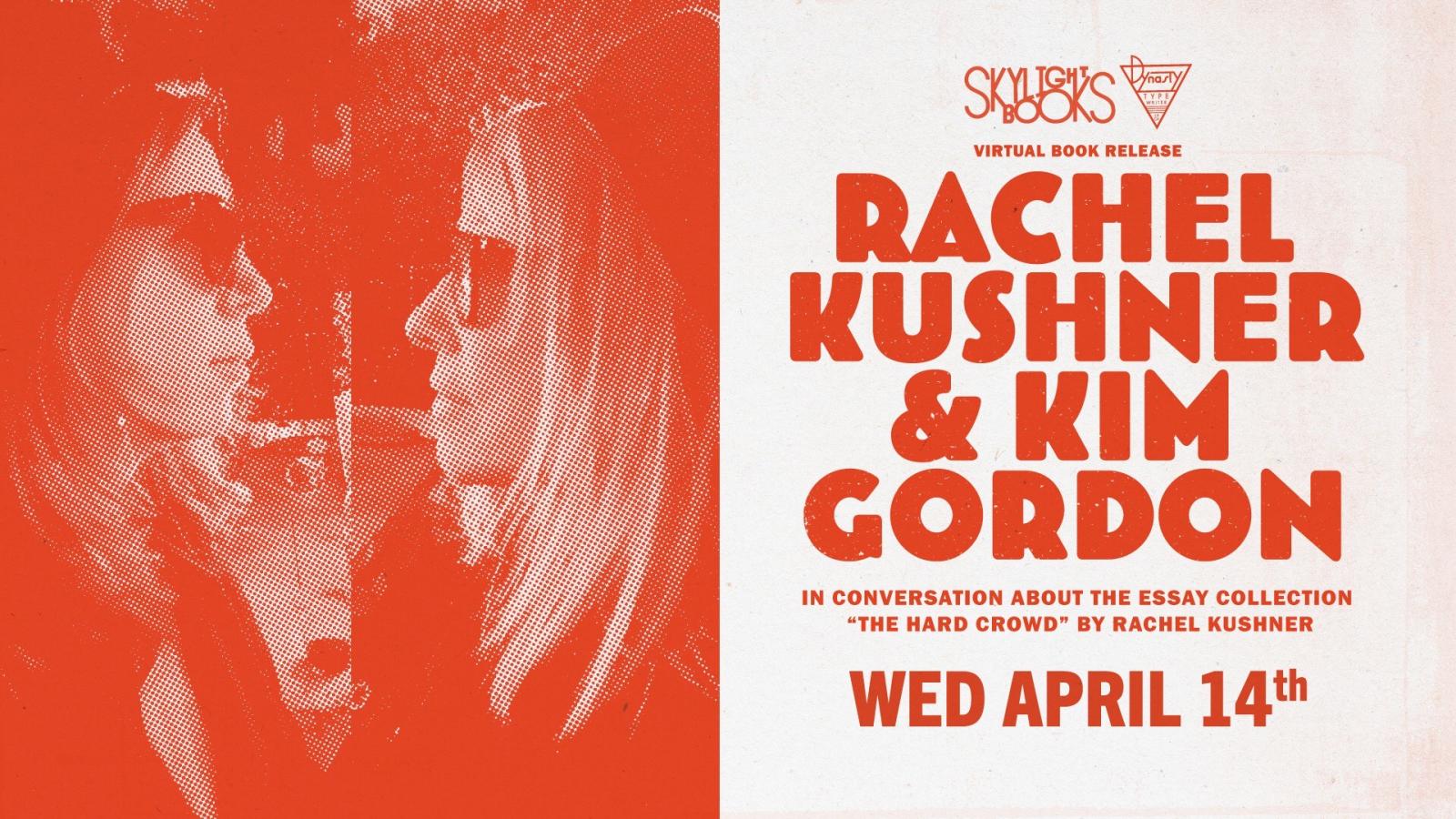 *Please note: this virtual event is hosted by Dynasty Typewriter. Get tickets here!

From a writer celebrated for her “chops, ambition, and killer instinct” (John Powers, Fresh Air), a career-spanning collection of spectacular essays about politics and culture.

Rachel Kushner has established herself as “the most vital and interesting American novelist working today” (Michael Lindgren, The Millions) and as a master of the essay form. In The Hard Crowd, she gathers a selection of her writing from over the course of the last twenty years that addresses the most pressing political, artistic, and cultural issues of our times—and illuminates the themes and real-life terrain that underpin her fiction.

In nineteen razor-sharp essays, The Hard Crowd spans literary journalism, memoir, cultural criticism, and writing about art and literature, including pieces on Jeff Koons, Denis Johnson, and Marguerite Duras. Kushner takes us on a journey through a Palestinian refugee camp, an illegal motorcycle race down the Baja Peninsula, 1970s wildcat strikes in Fiat factories, her love of classic cars, and her young life in the music scene of her hometown, San Francisco. The closing, eponymous essay is her manifesto on nostalgia, doom, and writing.

These pieces, new and old, are electric, phosphorescently vivid, and wry, and they provide an opportunity to witness the evolution and range of one of our most dazzling and fearless writers. “Kushner writes with startling detail, imagination, and gallows humor,” said Leah Greenblatt in Entertainment Weekly, and, from Paula McLain in the Wall Street Journal: “The authority and precision of Kushner’s writing is impressive, but it’s the gorgeous ferocity that will stick with me.”

Praise for The Hard Crowd:

“[Kushner] seems to work with a muse and a nail gun, so surprisingly yet forcefully do her sentences pin reality to the page.” —Kathryn Schulz, New York magazine

“Kushner can really write. Her prose has a poise and wariness and moral graininess that puts you in mind of Robert Stone and Joan Didion.” —Dwight Garner, The New York Times

Kim Gordon is an American musician, singer, songwriter, visual artist, and actress. She was the bassist, guitarist, and vocalist in the alternative rock band Sonic Youth. Her autobiographical memoir, Girl in a Band, 2015, is a New York Times best seller. She is represented by 303 Gallery in New York City and has had solo shows at the Andy Warhol Museum in Pittsburgh and the Irish Museum of Modern Art in Dublin.

The Mars Room: A Novel (Paperback)

The Flamethrowers: A Novel (Paperback)

Telex from Cuba: A Novel (Paperback)