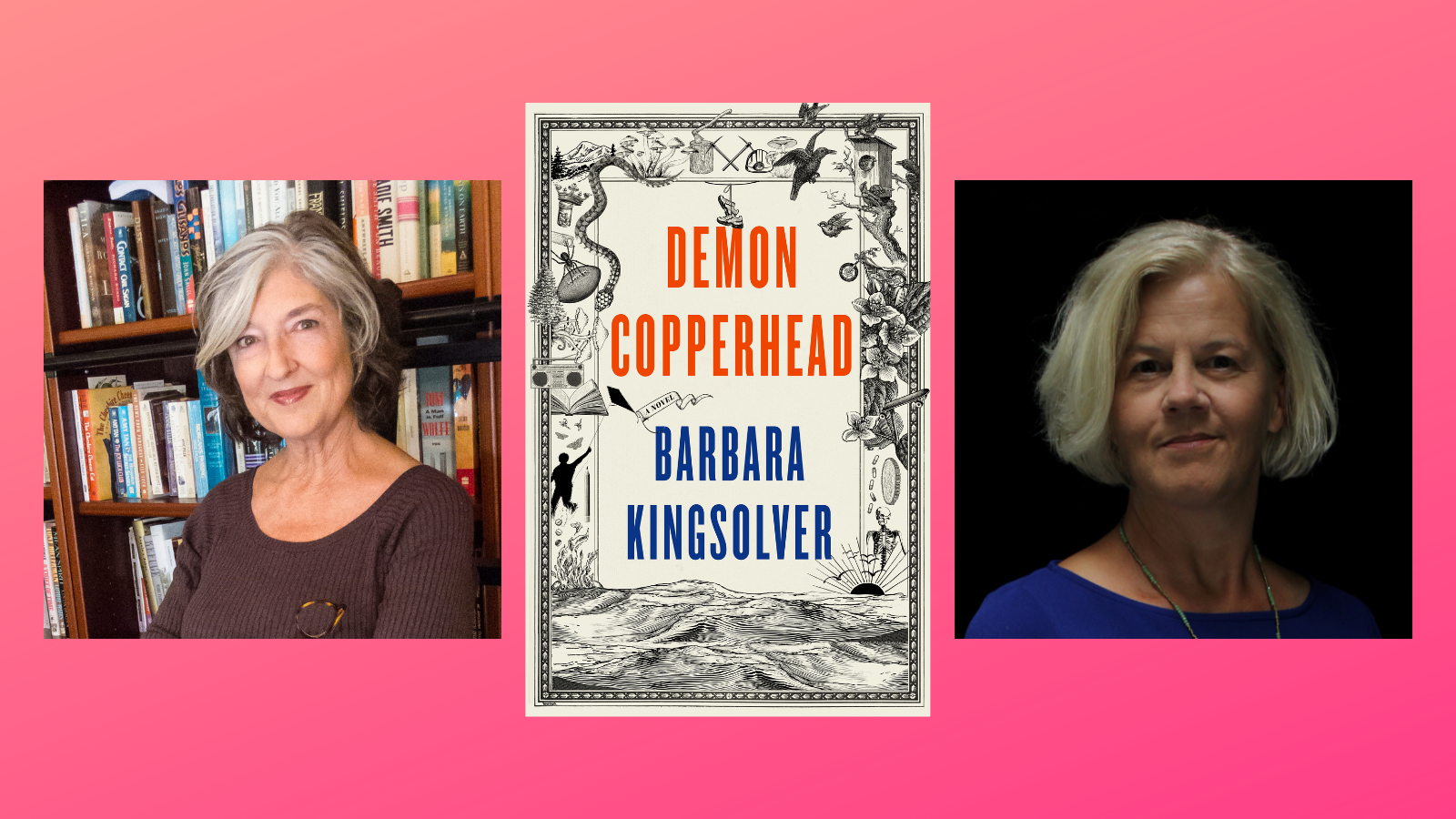 CLICK HERE TO WATCH LIVE OR FOR THE REPLAY!!!

This event will be hosted live online — a recording of this event will be made available for all ticket holders. Please contact webmaster@bookpassage.com with questions regarding online events.

From the New York Times bestselling author of Unsheltered and Flight Behavior, a brilliant novel which enthralls, compels, and captures the heart as it evokes a young hero’s unforgettable journey to maturity.

“Anyone will tell you the born of this world are marked from the get-out, win or lose.”

Demon Copperhead is set in the mountains of southern Appalachia. It’s the story of a boy born to a teenaged single mother in a single-wide trailer, with no assets beyond his dead father’s good looks and copper-colored hair, a caustic wit, and a fierce talent for survival. In a plot that never pauses for breath, relayed in his own unsparing voice, he braves the modern perils of foster care, child labor, derelict schools, athletic success, addiction, disastrous loves, and crushing losses. Through all of it, he reckons with his own invisibility in a popular culture where even the superheroes have abandoned rural people in favor of cities.

Many generations ago, Charles Dickens wrote David Copperfield from his experience as a survivor of institutional poverty and its damages to children in his society. Those problems have yet to be solved in ours. Dickens is not a prerequisite for readers of this novel, but he provided its inspiration. In transposing a Victorian epic novel to the contemporary American South, Barbara Kingsolver enlists Dickens’ anger and compassion, and above all, his faith in the transformative powers of a good story. Demon Copperhead speaks for a new generation of lost boys, and all those born into beautiful, cursed places they can’t imagine leaving behind.

Barbara Kingsolver is the author of ten bestselling works of fiction, including the novels Unsheltered, Flight Behavior, The Lacuna, The Poisonwood Bible, Animal Dreams, and The Bean Trees, as well as books of poetry, essays, and creative nonfiction. Her work of narrative nonfiction is the influential bestseller Animal, Vegetable, Miracle: A Year of Food Life. Kingsolver’s work has been translated into more than twenty languages and has earned literary awards and a devoted readership at home and abroad. She was awarded the National Humanities Medal, our country’s highest honor for service through the arts, as well as the Dayton Literary Peace Prize for the body of her work. She lives with her family on a farm in southern Appalachia.

Beth Macy is a journalist who writes about outsiders and underdogs. Her writing has won more than two dozen national journalism awards, including a Nieman Fellowship for Journalism at Harvard, a J. Anthony Lukas Prize for "Factory Man,” and an L.A. Times Book Prize for Dopesick, which was made into a Peabody Award-winning series for Hulu starring Michael Keaton. All three of her books, including her second book, Truevine, were instant New York Times bestsellers. Her fourth book with Little, Brown and Co., Raising Lazarus: Hope, Justice, and the Future of America’s Overdose Crisis, published in August 2022. It is the essential follow-up to Dopesick: an account of the activists and ordinary people working to fight the crisis by saving lives, erasing the stigma of addiction, and holding those in power — from drugmakers to lawmakers — responsible. She lives in Roanoke, Virginia, with her husband, Tom, and Mavis, their rescue mutt.

“Absorbing….Readers see the yearning for love and wells of compassion hidden beneath Demon’s self-protective exterior…. Emotionally engaging is Demon’s fierce attachment to his home ground, a place where he is known and supported, tested to the breaking point as the opiate epidemic engulfs it…. An angry, powerful book seething with love and outrage for a community too often stereotyped or ignored.” — Kirkus Review (Starred Review)

“A deeply evocative story…Kingsolver’s account of the opioid epidemic and its impact on the social fabric of Appalachia is drawn to heartbreaking effect. This is a powerful story, both brilliant in its many social messages regarding foster care, child hunger, and rural struggles, and breathless in its delivery.” — Publishers Weekly (Starred Review)

"Demon is a voice for the ages—akin to Huck Finn or Holden Caulfield—only even more resilient. I’m crazy about this book, which parses the epidemic in a beautiful and intimate new way. I think it’s her best.” — Beth Macy, author of Dopesick