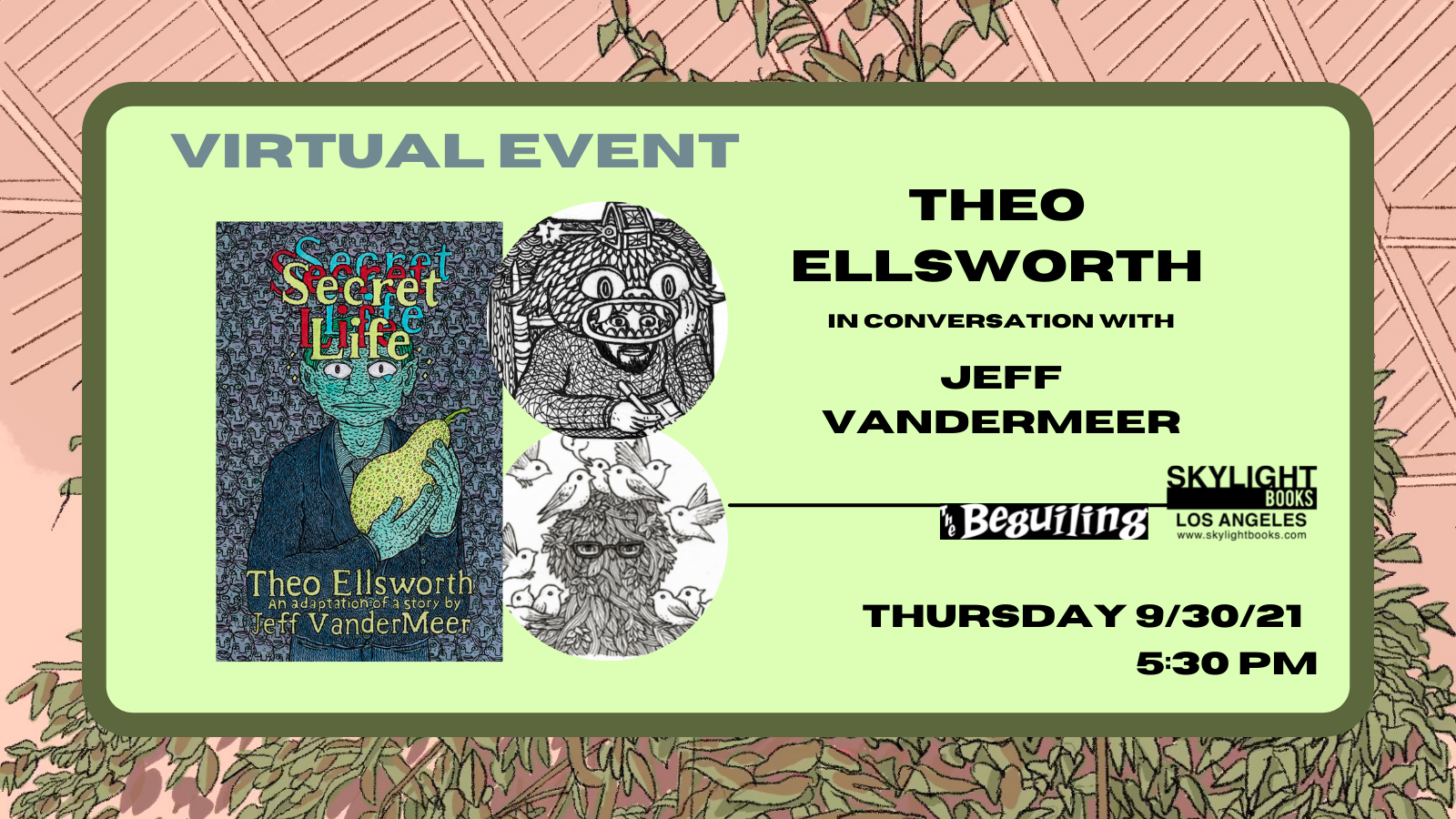 *Please note: This event will take place live on Zoom. RSVP here to register for the webinar!

AN UNCANNY AND EYE-OPENING JOURNEY INTO A MYSTERIOUS BUILDING, ADAPTED FROM A SHORT STORY BY JEFF VANDERMEER!

To the west: trees. To the east: a mall. North: fast food. South: darkness. And at the centre is The Building, an office building wherein several factions vie for dominance. Inside, the walls are infiltrated with vines, a mischief of mice learn to speak English, and something eerie happens once a month on the fifth floor. In Secret Life, Theo Ellsworth uses a deep-layered style to interpret Nebula award-winning author Jeff VanderMeer’s short story. What emerges is a mind-bending narrative that defamiliarizes the mundanity of office work and makes the arcane rituals of The Building home.

When his manager borrows his pen for a presentation, a man is driven to unspeakable acts as he questions the role the pen has played in his workplace success. The despised denizens of the second floor develop their own tongue, incomprehensible to everyone else in The Building. A woman plants a seed of insurgency that quickly permeates every corner of the building with its sweet, nostalgic perfume.

With deft insight, Secret Life observes the sinister individualism of bureaucratic settings in contrast with an unconcerned natural world. As the narrative progresses you may begin to suspect that the world Ellsworth has brought to life with hypnotic visuals is not so secret after all; in fact, it’s uncannily similar to our own.

Theo Ellsworth is a self-taught artist living in Montana. His previously published comics include Capacity, The Understanding Monster, Sleeper Car, and An Exorcism. The New York Times once called his work, "Imagination at firehose intensity". He has been the recipient of the Lynd Ward Honor Book Prize and an Artist Innovation Award. He loves creative collaboration, cooking, and making family folk art with his kids. He is constantly making invisible performance art in his head that no one will ever see.

Jeff VanderMeer is The New York Times-bestselling author of The Southern Reach Trilogy, the first volume of which, Annihilation, won the Nebula Award and the Shirley Jackson Award for best novel and was adapted into a movie by Alex Garland. His novels set in the Borne universe are being adapted for TV by AMC, and Netflix has optioned his next novel, Hummingbird Salamander, for film. Called “the weird Thoreau” by The New Yorker, VanderMeer speaks and writes frequently about issues relating to climate change as well as urban rewilding. He lives in Tallahassee, Florida, on the edge of a ravine with his wife, Ann VanderMeer, and their cat Neo.