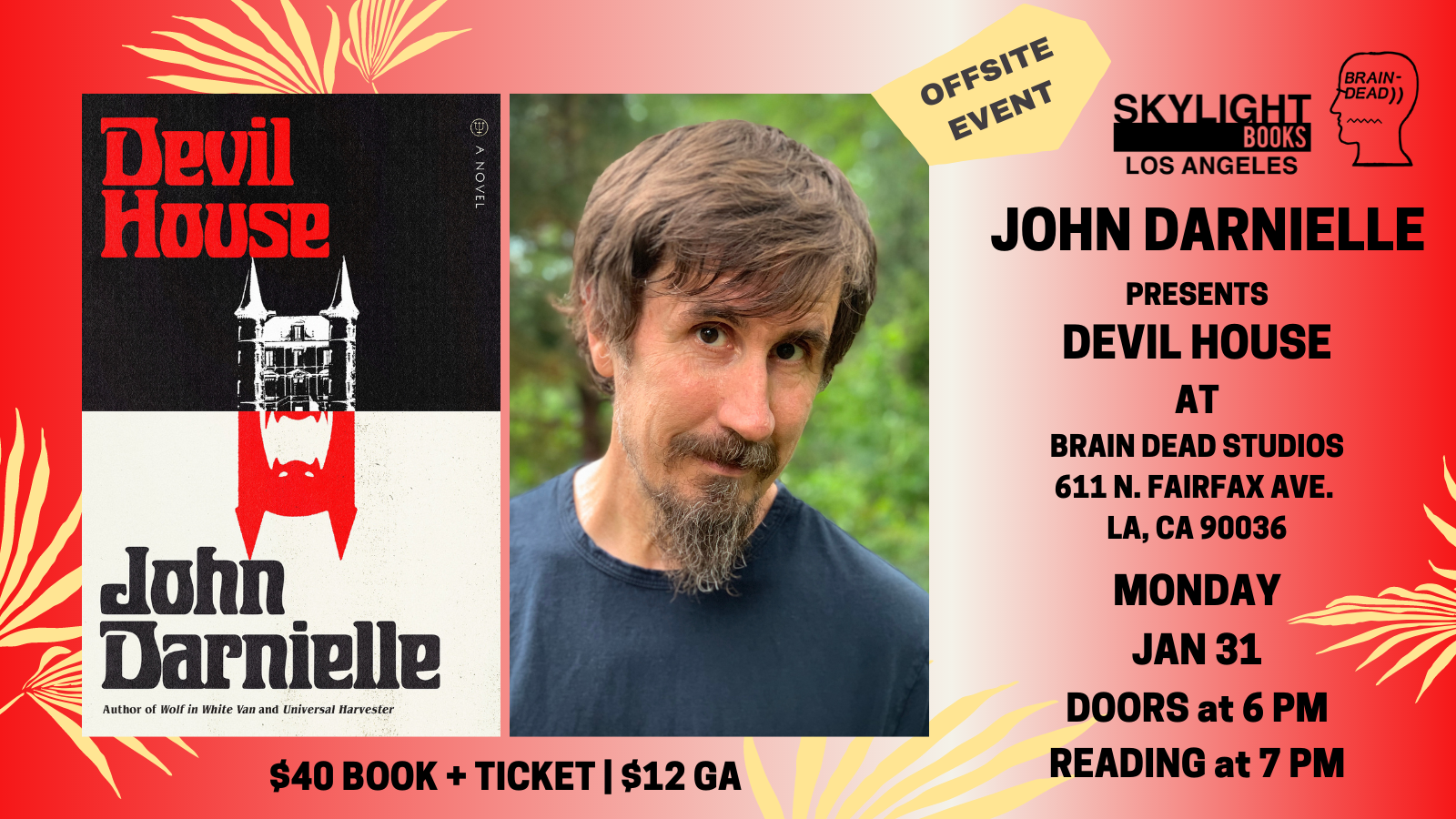 *Please note: proof of vaccination is required to enter the venue, and masks must be worn for the entirety of the event. In order to keep the author and customers as safe as possible, John will be pre-signing books. Personalization is not available.

*Tickets come with a signed copy of Devil House. A limited number of General Admission tickets are available, and do not include a copy of the book. Additional signed copies will be available for purchase at the event.

From John Darnielle, the New York Times bestselling author and the singer-songwriter of the Mountain Goats, comes an epic, gripping novel about murder, truth, and the dangers of storytelling.

Gage Chandler is descended from kings. That’s what his mother always told him. Years later, he is a true crime writer, with one grisly success—and a movie adaptation—to his name, along with a series of subsequent less notable efforts. But now he is being offered the chance for the big break: to move into the house where a pair of briefly notorious murders occurred, apparently the work of disaffected teens during the Satanic Panic of the 1980s. Chandler finds himself in Milpitas, California, a small town whose name rings a bell––his closest childhood friend lived there, once upon a time. He begins his research with diligence and enthusiasm, but soon the story leads him into a puzzle he never expected—back into his own work and what it means, back to the very core of what he does and who he is.

Devil House is John Darnielle’s most ambitious work yet, a book that blurs the line between fact and fiction, that combines daring formal experimentation with a spellbinding tale of crime, writing, memory, and artistic obsession.

“Darnielle has an affection for the dark side of pop culture and the way fans of supposedly gloom-and-doom genres like heavy metal and horror are more sophisticated than they get credit for. So this smart, twisty novel about true-crime books and the 1980s “Satanic panic” is a fine fit for him and his best so far...An impressively meta work that delivers the pleasures of true-crime while skewering it.” —Kirkus Reviews, Starred Review

“This masterwork of suspense is as careful with its sharp takes as it is with the bread crumbs it slowly drops on the way to its stunning end. It operates perfectly on many levels, resulting in a must-read for true crime addicts and experimental fiction fans alike.”—Publishers Weekly, Starred Review