PEN America World Voices Festival Presents: The Art of the Memoir with RANDA JARRAR and MORTADA GZAR, in conversation with MAYTHA ALHASSEN 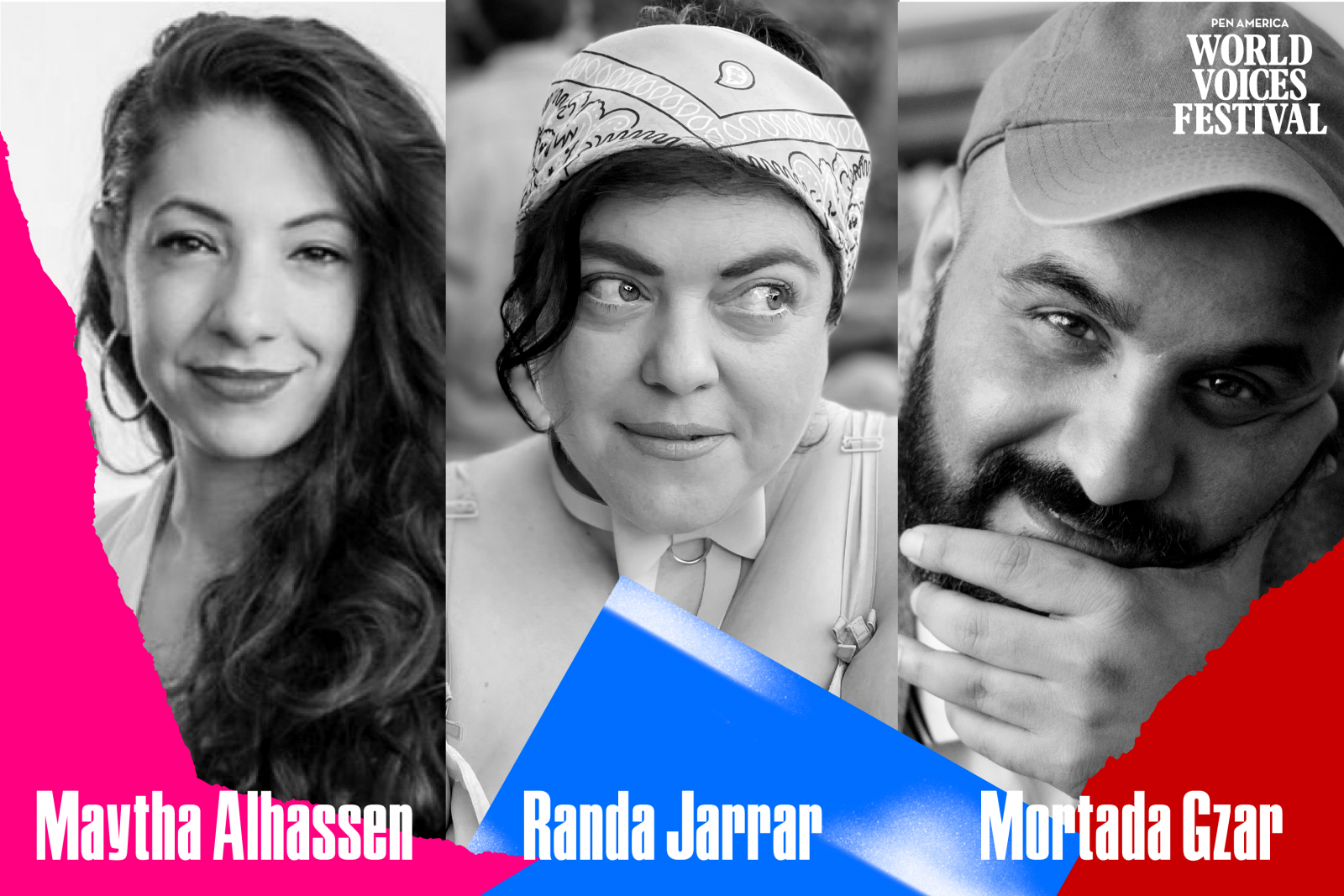 Love Yourself First: The Art of the Memoir with Randa Jarrar, Mortada Gzar and Dr. Maytha Alhassen

Co-presented by The Radius of Arab American Writers (RAWI)

Register HERE! Use code SKYLT21WVF for 50% off!

Present to past, memoir is a truth-telling genre and a medium for transgressing boundaries and borders in search of the magic between experience and storytelling. A joyful and subversive force across many genres, Randa Jarrar reclaims the great American road trip as a trope for exploring the self in Love is an Ex-Country. As she moves between wide open landscapes fraught with history, she investigates her relationship to erasure, sexuality, invisibility, and power as an Arab American woman. Another breathtaking new memoir from Iraqi author Mortada Gzar, I’m in Seattle, Where Are You?, documents a gay man’s journey to self-discovery from occupied Iraq to the U.S.; he migrates in search of his lover only to face threats of racism and xenophobia in countries old and new. Through deep dives into their distinct and self-defined styles, they show the bravery intrinsic to memoir.

Randa Jarrar is the author of the novel A Map of Home and the collection of stories Him, Me, Muhammad Ali. Her work has appeared in The New York Times Magazine, Salon, Bitch, BuzzFeed, and elsewhere. She is a recipient of a Creative Capital Award and an American Book Award, as well as awards and fellowships from the Civitella Ranieri Foundation, the Lannan Foundation, Hedgebrook, PEN, and others. A professor of creative writing and a performer, Jarrar lives in Los Angeles.

Mortada Gzar is an Iraqi novelist, filmmaker, and visual artist. Born in Kuwait in 1982, he has an engineering degree from the University of Baghdad, and has been a resident at the Iowa International Writers' Workshop. He has written, directed, and produced several films that have screened at international festivals.

Dr. Maytha Alhassen primarily sees her labor as that of a freedom doula and an engaged wit/h/ness reviving the traditions of the feral femme. She is a historian, journalist, poet, organizer, and mending practitioner. As a journalist, she worked as an on-air host for Al Jazeera English and The Young Turks, in addition to field reporting for outlets such as CNN, HuffPost, Mic, Boston Review, The Baffler, and CounterPunch. In 2017, she received her Ph.D. in American studies and ethnicity from the University of Southern California and gave a TED Talk poem on her ancestral relationship to Syria as part of an awarded TED Residency. As a scholar, she co-edited a book on the Arab uprisings, Demanding Dignity: Young Voices from the Front Lines of the Arab Revolutions, and wrote Haqq and Hollywood: Illuminating 100 Years of Muslim Tropes and How to Transform Them.

Alhassen has co-founded multiple social justice organizations, including Muslim Anti-Racism Collaborative, the Social Justice Institute at Occidental College, Believers Bail Out (a Muslim abolition group), and in the wake of George Floyd’s brutal murder, the Arabs for Black Lives collective. As a mender, Alhassen has facilitated healing workshops infused with art, trauma-informed yoga, mediation, and reiki to displaced people in Greece, Turkey, along the U.S.-Mexico border, U.S. prisons, and in fugitive spaces.