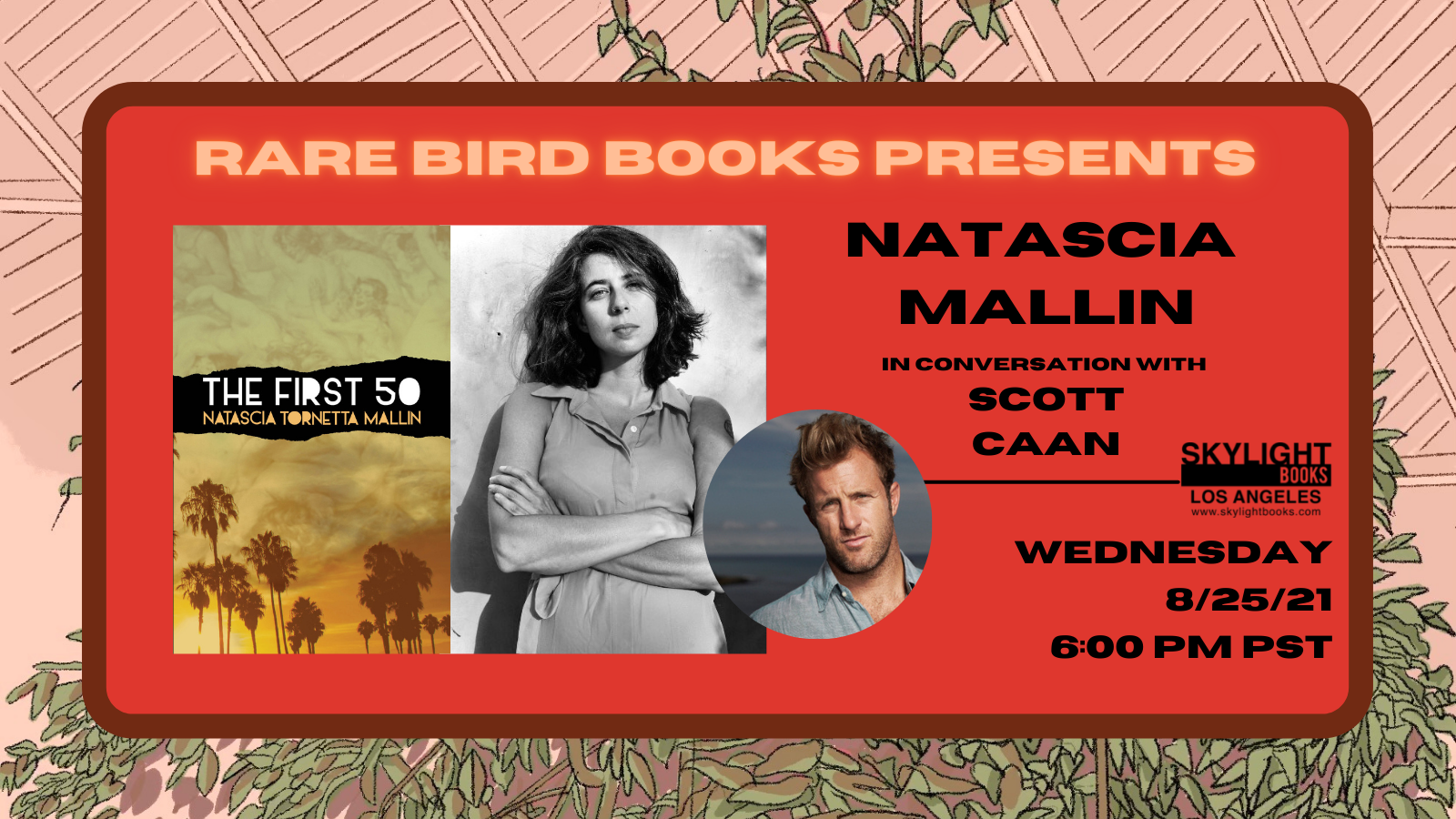 This event will take place on Crowdcast. RSVP here to register, join the livestream, or watch the replay!

A proudly humanist portrayal of sexual impulse and impropriety in the City of Angels, The First 50 is a chronological recapitulation of fifty erotic encounters that take place between the ages of thirteen and thirty-three. Columbine, 9/11, The Iraq War, and The Great Recession set the stage as a young woman navigates the ambient decadence that has long defined Los Angeles. From hot tubs in Santa Monica mansions to bar bathrooms on Venice street corners, this book inverts Bret Easton Ellis’ Less Than Zero by replacing Gen X ennui with a Millennial zest for living. Meet “The First 50,” but not the last…

Natascia Mallin is a Jewish Italian American writer who was born and raised on the Westside of Los Angeles. Unsurprisingly, she is also an actor. However, like most actors in L.A. you’ve probably never heard of anything she’s been in.

Scott Caan is an actor, playwright, and photographer. He has published two collections of photography, Scott Caan Photographs Vol. 1 and Vanity, as well as a collection of one act plays The Performance of Heartbreak, and appeared in over forty films and television shows.

The First 50: A Saga of Backseats, Bedrooms, Lookout Points, and Dive Bars (Paperback)