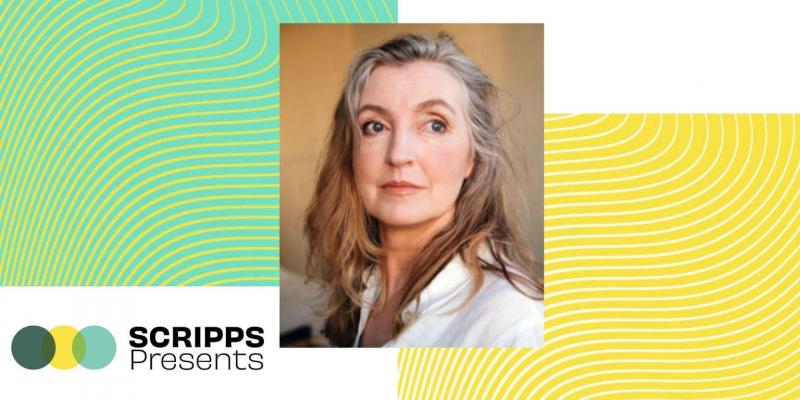 In partnership with Skylight Books

“In the year 1936 a writer planted roses.” So begins Rebecca Solnit’s new book, a reflection on George Orwell’s passionate gardening; the way that his involvement with plants, particularly flowers, and the natural world illuminated his other commitments as a writer and antifascist; and the intertwined politics of nature and power. Solnit, whose writing explores feminism, activism and social change, hope, and the climate crisis, delivers a compelling examination of this understudied aspect of Orwell’s life. Join her for a conversation that reflects on pleasure, beauty, and joy as acts of resistance.

A lush exploration of roses, pleasure, and politics, and a fresh take on George Orwell as an avid gardener whose political writing was grounded in his passion for the natural world

“In the year 1936 a writer planted roses.” So begins Rebecca Solnit’s new book, a reflection on George Orwell’s passionate gardening and the way that his involvement with plants, particularly flowers, and the natural world illuminates his other commitments as a writer and antifascist, and the intertwined politics of nature and power.

Sparked by her unexpected encounter with the surviving roses he planted in 1936, Solnit’s account of this understudied aspect of Orwell’s life explores  his writing and his actions—from going deep into the coal mines of England, fighting in the Spanish Civil War, critiquing Stalin when much of the international left still supported him (and then critiquing that left), to his analysis of the relationship between lies and authoritarianism. Through Solnit’s celebrated ability to draw unexpected connections, readers encounter the photographer Tina Modotti’s roses and her Stalinism, Stalin’s obsession with forcing lemons to grow in impossibly cold conditions, Orwell’s slave-owning ancestors in Jamaica, Jamaica Kincaid’s critique of colonialism and imperialism in the flower garden, and the brutal rose industry in Colombia that supplies the American market. The book draws to a close with a rereading of Nineteen Eighty-Four that completes her portrait of a more hopeful Orwell, as well as a reflection on pleasure, beauty, and joy as acts of resistance.

Rebecca Solnit is the author of more than twenty books, including the memoir Recollections of My Nonexistence and the nonfiction A Field Guide to Getting Lost, The Faraway Nearby, A Paradise Built in Hell, River of Shadows, and Wanderlust. She is also the author of Men Explain Things to Me and many essays on feminism, activism and social change, hope, and the climate crisis. A product of the California public education system from kindergarten to graduate school, she is a regular contributor to The Guardian and other publications.

Ross Gay is the author of four books of poetry: Against Which; Bringing the Shovel Down; Be Holding; and Catalog of Unabashed Gratitude, winner of the 2015 National Book Critics Circle Award and the 2016 Kingsley Tufts Poetry Award. His new poem, Be Holding, was released from the University of Pittsburgh Press in September of 2020. His collection of essays, The Book of Delights, was released by Algonquin Books in 2019. Ross is also the co-author, with Aimee Nezhukumatathil, of the chapbook "Lace and Pyrite: Letters from Two Gardens," in addition to being co-author, with Rosechard Wehrenberg, of the chapbook, "River."  He is a founding editor, with Karissa Chen and Patrick Rosal, of the online sports magazine Some Call it Ballin', in addition to being an editor with the chapbook presses Q Avenue and Ledge Mule Press.  Ross is a founding board member of the Bloomington Community Orchard, a non-profit, free-fruit-for-all food justice and joy project. He also works on The Tenderness Project with Shayla Lawson and Essence London. He has received fellowships from Cave Canem, the Bread Loaf Writer's Conference, and the Guggenheim Foundation. Ross teaches at Indiana University.