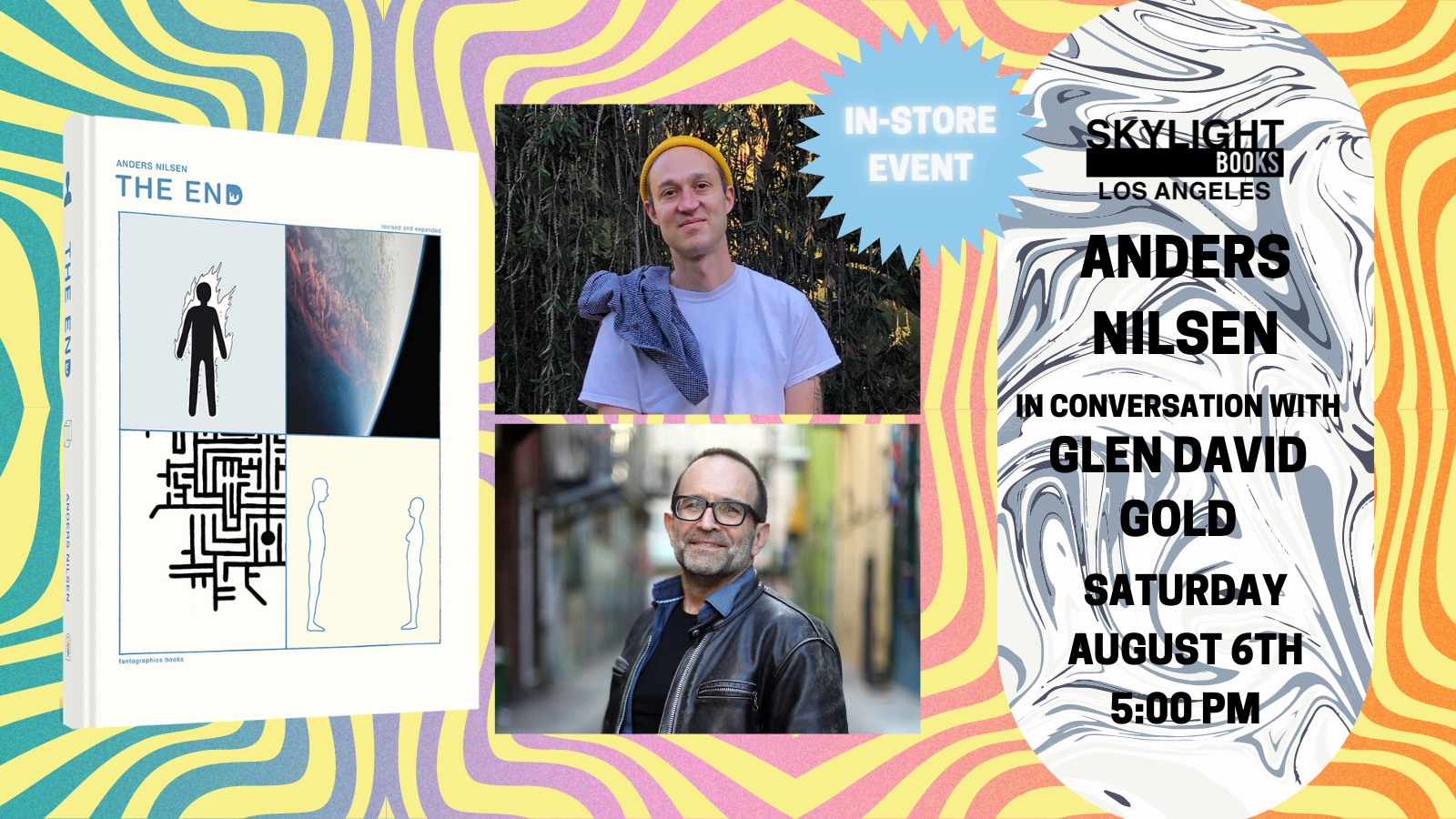 The End: Revised and Expanded (Fantagraphics)

Assembled from work done in Anders Nilsen’s sketchbooks over the course of the year following the death of his fiancée, Cheryl Weaver, in 2005, The End is a collection of short strips about loss, paralysis, waiting, and transformation — a physical manifestation of grief.
The End is a concept album in different styles, a meditation on paying attention, an abstracted autobiography and a metaphysical travelogue, reflecting the progress of his struggle to reconcile the great upheaval of a death, and to find a new life on the other side. The book blends Nilsen’s disparate styles, from iconic simplicity to collaged art to finely rendered pieces.

This new edition of The End is substantially expanded and revised — it is almost twice as long as the original edition — incorporating new work from the past 15 years that adds greater perspective to an already intimate window into the way we grieve, a process that can span decades. The new material includes added content from the original sketchbooks, over a dozen pages of new comics, a new afterword by the author, additional notes, and over 20 pages of Cheryl Weaver’s work.

Anders Nilsen (he/him/his) is the artist and author of ten books including Big Questions, The End, and Poetry is Useless as well as the coloring book A Walk in Eden. His work has been featured in the New York Times, Poetry Magazine, Kramer's Ergot, Pitchfork, Medium and elsewhere. His comics have been translated into several languages overseas and his painting and drawing have been exhibited internationally. Nilsen's work has received three Ignatz awards as well as the Lynd Ward Prize for the Graphic Novel and Big Questions was listed as a New York Times Notable Book in 2011. Nilsen grew up in Minneapolis and Northern New Hampshire. He studied art in New Mexico and lived in Chicago for over a decade. He currently lives in Los Angeles.

Glen David Gold is the author of the novels Carter Beats the Devil and Sunnyside, and the memoir I Will Be Complete. He has written comics for DC, Dark Horse and Marvel, and about comics for Playboy, McSweeney's, Zyzzyva, the Jack Kirby Collector and the landmark exhibition catalogues Comic Book Apocalypse and Masters of American Comics.

Praise for The End -

Poignant, engaging, and philosophical, Nilsen’s graphic memoir documents loss and is a testament to grieving. Fans of graphic memoirs will find the creator’s use of surprise appealing. — Library Journal, Starred Review

As intelligently written and beautifully drawn—whether simply or intricately—as anything else this front-runner in his generation of comics artists has done. — Booklist

The End: Revised and Expanded (Hardcover)