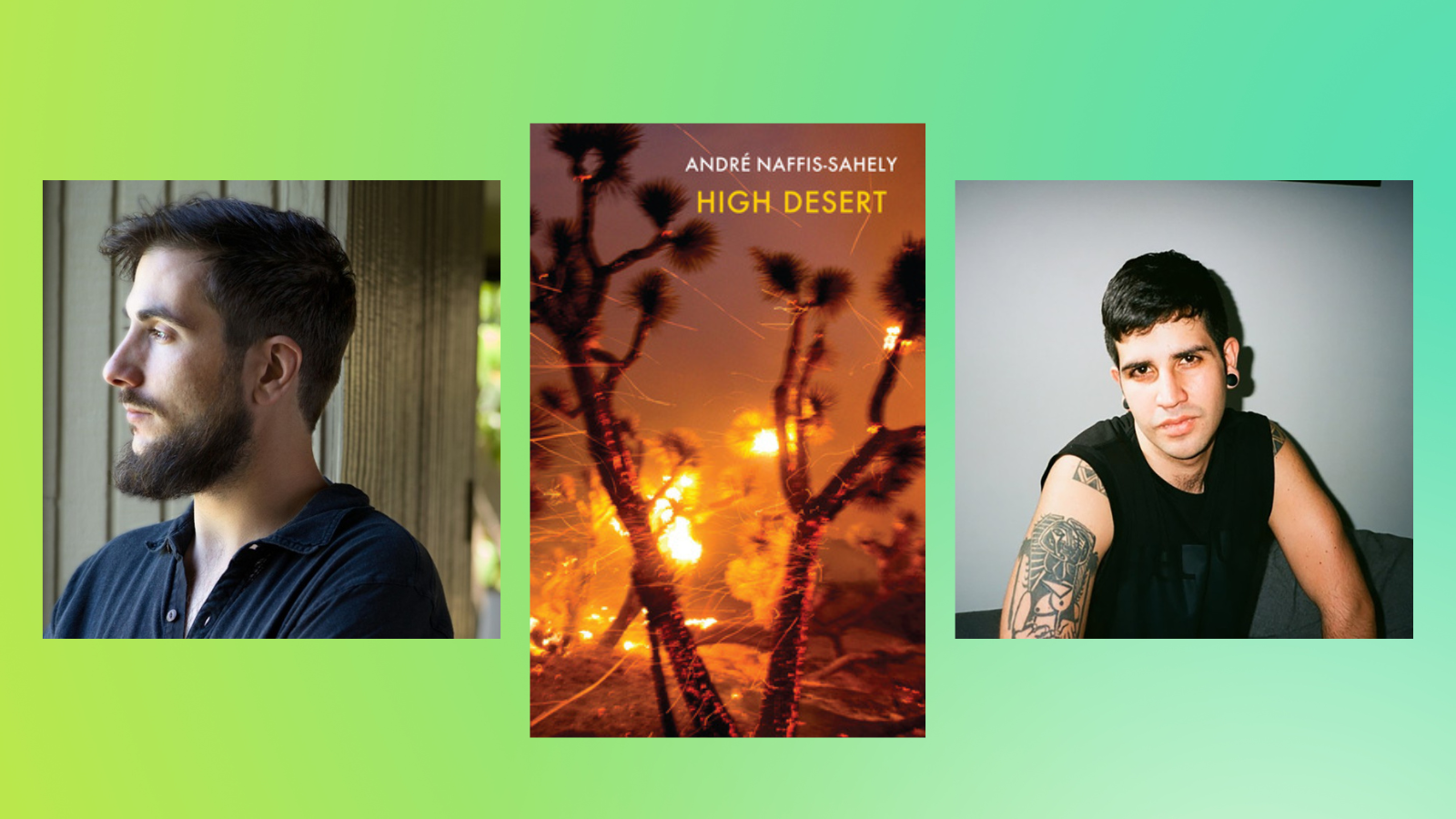 High Desert is an ode to the American Southwest, exploring such key events as the First Red Scare, the Tulsa Race Massacre and the West Coast's wildfire epidemic.

Naffis-Sahely's reflections on class, race, and nationalism chart the region's hidden histories from the Spanish Colonial Era to the current pandemic. The poems in High Desert also revel in their rootlessness, as the author shifts his gaze outside of the US, traveling from Venice and Florence to Chittagong and St Petersburg, tackling our turbulent times and the depths of its problems in searing, extraordinary poems of witness and vision.

This is Naffis-Sahely's second collection, following his debut, The Promised Land: Poems from Itinerant Life (Penguin, 2017), a gathering of portraits of promised lands and those who go in search of them: travelers, laborers, dreamers; the hopeful and the dispossessed. It includes poems from his recent pamphlet The Other Side of Nowhere (Rough Trade Books, 2019). All his collections present poetry as reportage, as much an act of memory as of sinuous, clear-eyed vision.

André Naffis-Sahely is the author of two collections of poetry, The Promised Land: Poems from Itinerant Life (Penguin UK, 2017) and High Desert (Bloodaxe Books, 2022), as well as the editor of The Heart of a Stranger: An Anthology of Exile Literature (Pushkin Press, 2020). He also co-edited Mick Imlah: Selected Prose (Peter Lang, 2015) and The Palm Beach Effect: Reflections on Michael Hofmann (CB Editions, 2013). He has translated over twenty titles of fiction, poetry and nonfiction, including works by Honoré de Balzac, Émile Zola, Abdellatif Laâbi, Ribka Sibhatu and Tahar Ben Jelloun. His writing appears regularly in the pages of the Times Literary Supplement, The Baffler and Poetry (Chicago), among others. He is a Lecturer at the University of California, Davis in the US and the editor of Poetry London in the UK.

Christopher Soto (b. 1991) is a poet based in Los Angeles, California. His debut poetry collection, Diaries of a Terrorist, was published by Copper Canyon Press. This collection demands the abolition of policing and human caging. He was honored with Them’s 2022 Now Award in Literature for representing the cutting edge of queer culture.

"High Desert places Naffis-Sahely among our most indispensable poets, those who, throughout history, testify to the truths of poetry against the lies of violent, destructive, corrupt, oligarchic power." ― Lawrence Joseph

"A poetry of things and people, as solid and realised and unforgettable as any of Kris Kristofferson’s band of drifters, juiceheads and lost souls."― John Clegg