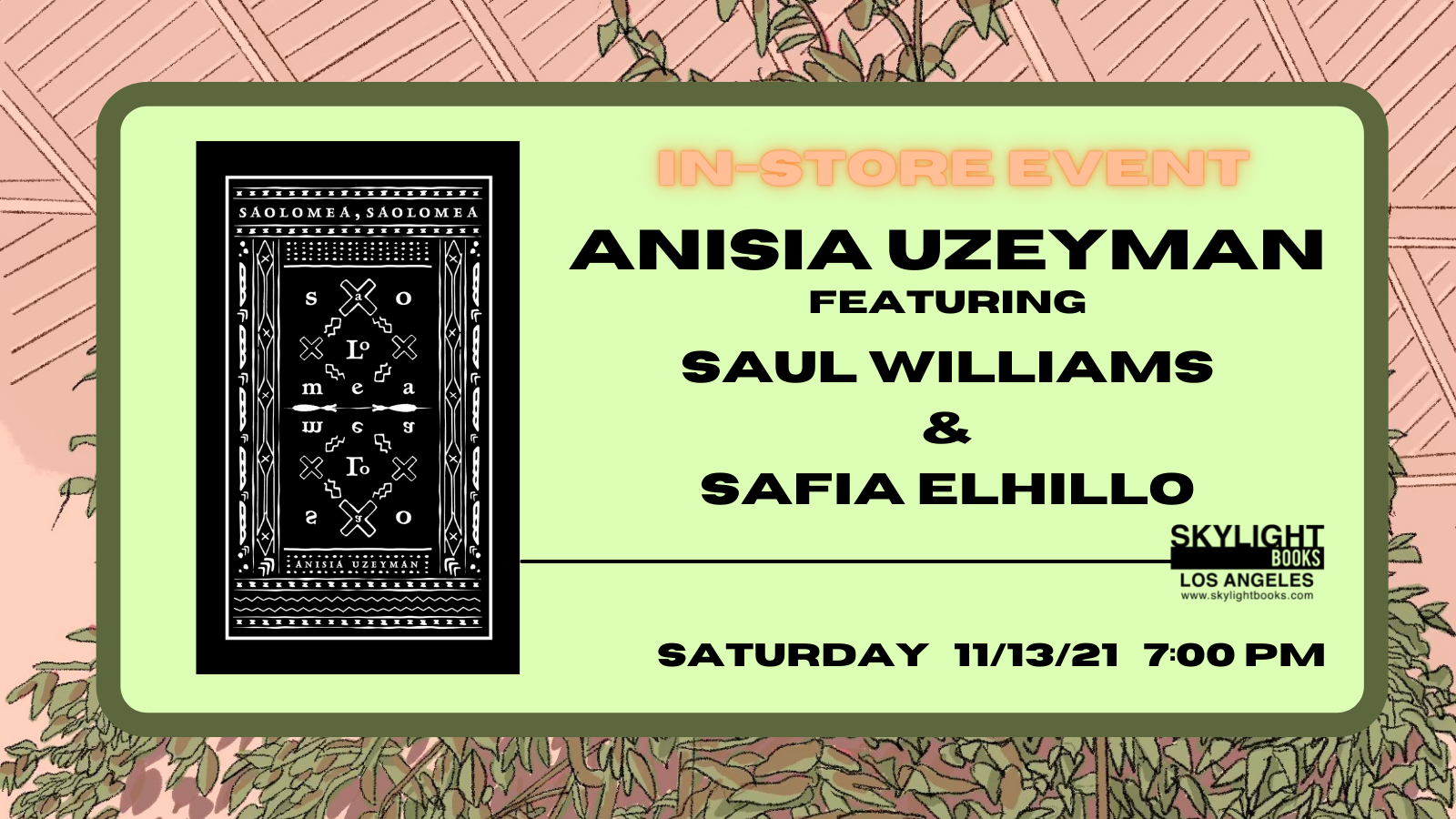 This event is in the style of a table reading of Saolomea, Saolomea; a proseified scriptment. The reading will feature the author Anisia Uzeyman, Saul Williams, and Safia Elhillo.

Saolomea, Saolomea! is a social thriller following a mother and her young son as they navigate tumultuous waters to survive the ordained Gods of a city of angels.

Our journey is with protagonist and narrator Nora Saolomea as she encounters these Gods, simultaneously facing pressures of housing, single motherhood, mental health, and survival in Los Angeles.

Anisia Uzeyman is a Rwandan actress and playwright. She is most noted as co-director with Saul Williams of the 2021 film Neptune Frost.

Saul Williams has been breaking ground since his debut album, Amethyst Rock Star, was released in 2001 and executive produced by Rick Rubin. After gaining global fame for his poetry and writings at the turn of the century, Williams has performed in over 30 countries and read in over 300 universities, with invitations that have spanned from the White House, the Sydney Opera House, Lincoln Center, The Louvre, The Getty Center, Queen Elizabeth Hall, to countless, villages, townships, community centers, and prisons across the world. The Newburgh, New York native gained a BA from Morehouse and an MFA from Tisch, and has gone on to record with Nine Inch Nails and Allen Ginsburg, as well as countless film and television appearances. Most recently, Williams’ released his latest music works entitled, Encrypted & Vulnerable (July 2019), which acts as the score to his forth-coming directorial debut musical, Neptune Frost.

Safia Elhillo is the author of The January Children (University of Nebraska Press, 2017), which received the the Sillerman First Book Prize for African Poets and an Arab American Book Award, Girls That Never Die (One World/Random House, forthcoming), and the novel in verse Home Is Not A Country (Make Me A World/Random House, 2021).