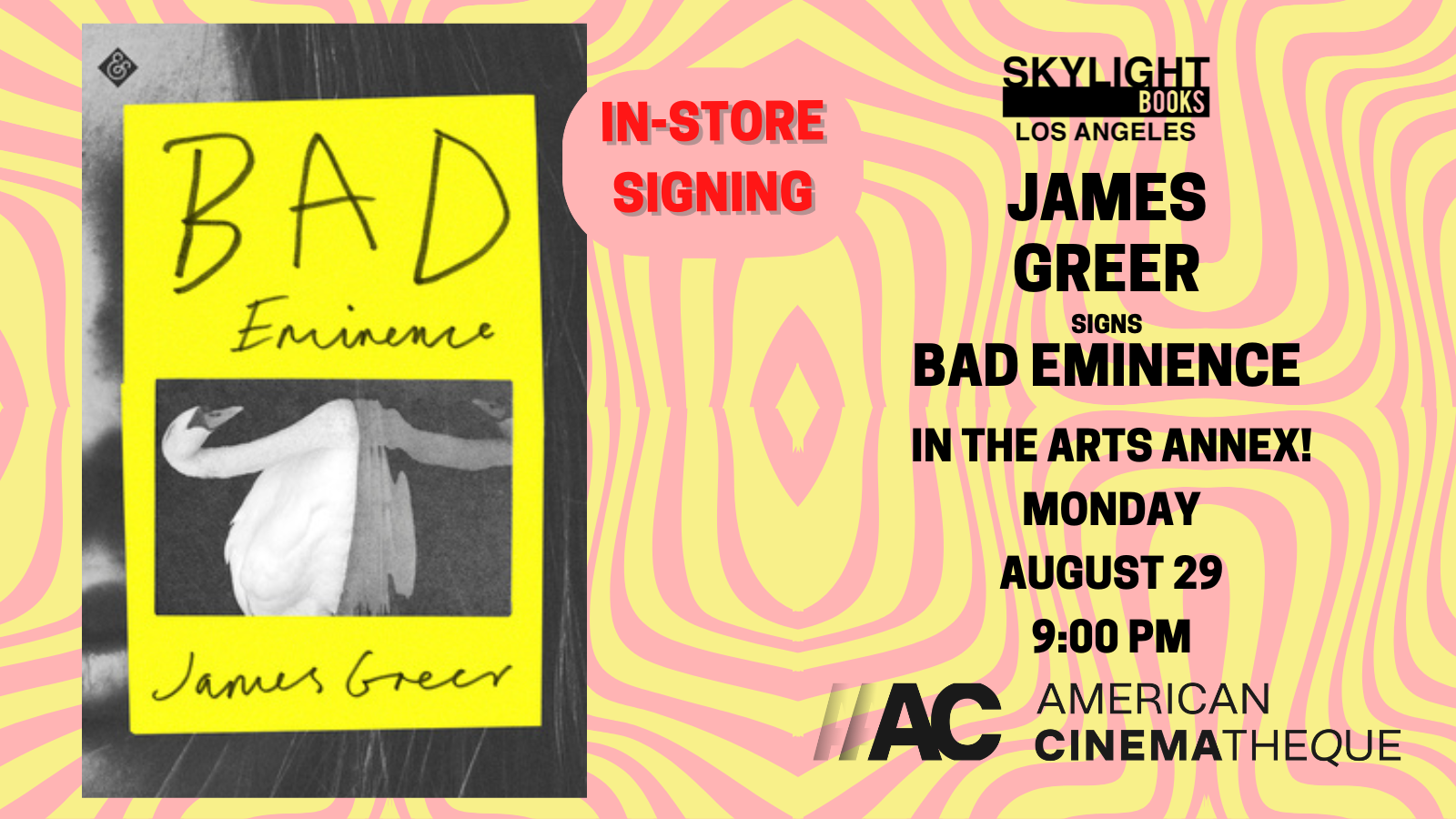 Join us in-store for a signing with James Greer for his new novel BAD EMINENCE at 9:00 PM in the Arts Annex after a special screening of his new film MIRROR MOVES at American Cinematheque!

Bad Eminence (And Other Stories)

Meet Vanessa Salomon, a privileged and misanthropic French-American translator hailing from a wealthy Parisian family. Her twin sister is a famous movie star, which Vanessa resents deeply and daily. The only man Vanessa ever loved recently killed himself by jumping off the roof of her building. It's a full life.

Vanessa has just started working on an English translation of a titillating, experimental thriller by a dead author when she's offered a more prominent gig: translating the latest book by an Extremely Famous French Writer who is not in any way based on Michel Houellebecq. As soon as she agrees to meet this writer, however, her other, more obscure project begins to fight back--leading Vanessa down into a literary hell of traps and con games and sadism and doppelgangers and mystic visions and strange assignations and, finally, the secret of life itself.

Peppered with "sponsored content" providing cocktail recipes utilizing a brand of liquor imported by the film director Steven Soderbergh, and with a cameo from the actress Juno Temple, Bad Eminence is at once an old-school literary satire in the mode of Vladimir Nabokov as well as a jolly thumb in the eyes of contemporary screen-life and digital celebrity.

James Greer is a novelist, screenwriter, and musician. His previous books include the novels Artificial Light and The Failure, and the story collection Everything Flows. As a screenwriter, he's written or cowritten written several movies, including Max Keeble's Big Move, Just My Luck, The Spy Next Door, and Unsane. He's also played in a number of not-very-well known indie-rock bands.