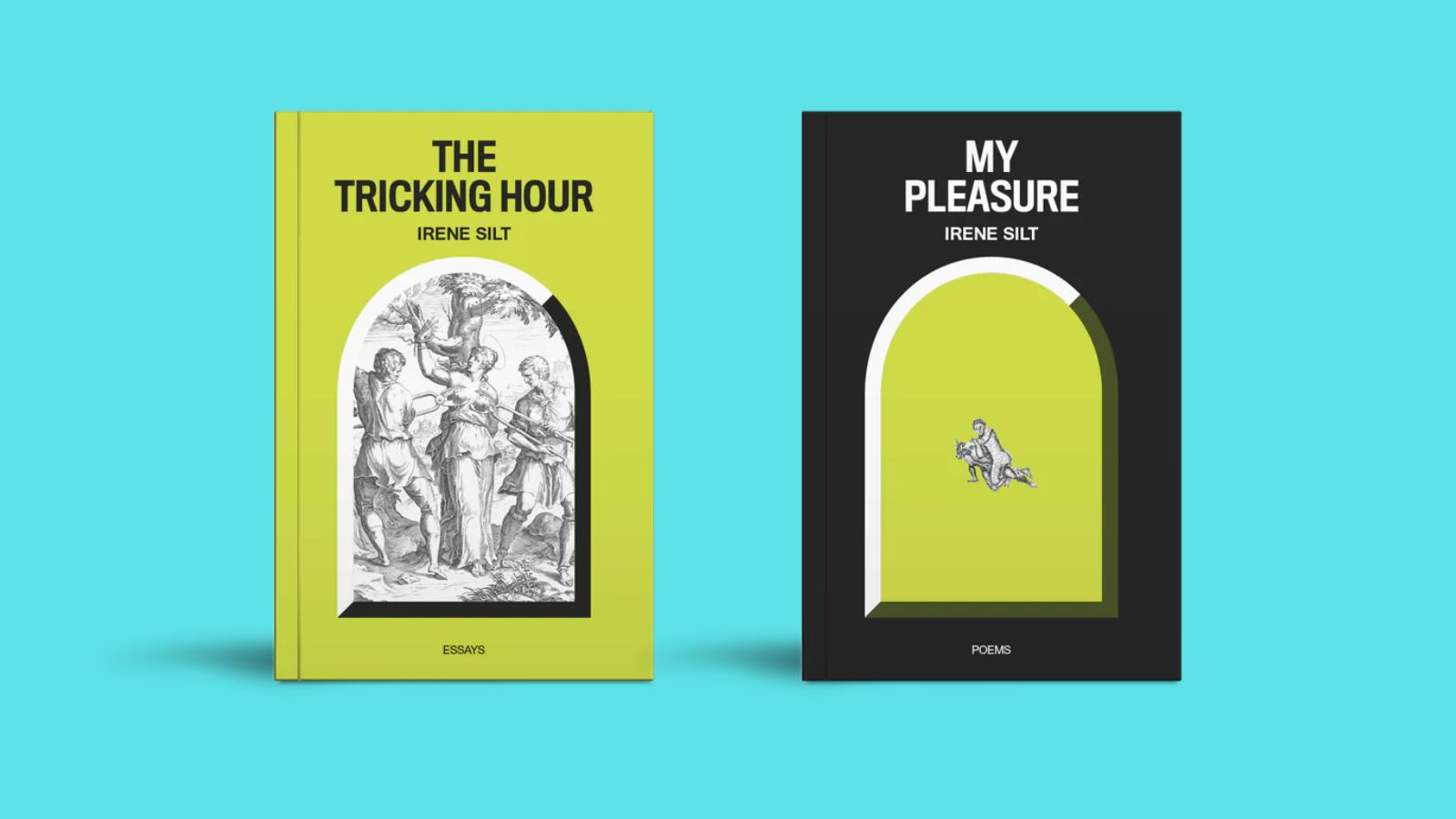 In partnership with Los Angeles Review of Books and Deluge Books, we are pleased to present Irene Silt for the launch of two books: The Tricking Hour and My Pleasure. They will be in conversation with Cyrus Dunham.

What is a world in which work disappears?

“Time has never made any sense to me. Or rather, I am told the way I describe my experience of time does not add up. I am so disconnected from any common meter that I remain in disbelief of that sort of containment. I think this is what makes me a good whore”: so begins Irene Silt’s The Tricking Hour.

Part anti-work polemic, part sex worker’s confession, the luminous essays in The Tricking Hour envision a world organized around collective autonomy, survival, and care, instead of the compulsory exploitation of the body. Silt’s dispatches—largely composed between June 2018 and October 2019 and first published as a monthly column in New Orleans’ ANTIGRAVITY magazine—are already a cult classic in the movement for sex workers against work. Now collected in book form for the first time, with an additional essay written in 2022, The Tricking Hour is a vital account of sex, labor, and criminality in the twenty-first century.

Precise, astute, and uncompromising in its nuance, My Pleasure lives in the poetic entanglements of pleasure, disgust, and agency. From the bed to the club, the coal mine, the power plant, and the jail cell, Silt asks: Where do we extract pleasure, and what pleasure do we find in extraction? Is there sex without work, or only before, during, and after? Unfurling the binary distinctions between freedom and control, language and pause, and mind and body, My Pleasure does not imagine a different world so much as it embodies the possibility of another order within this one.

Irene Silt writes about power, anti-work feeling, joy, and deviance. Their essays and poems have been published in Mask Magazine, ANTIGRAVITY, Spoil, LESTE, Trou Noir, Poiesis Journal and in the Tripwire pamphlet series. They live in New York.

Cyrus Dunham is the author of A Year Without a Name. His writing and reporting on prison abolition and trans life & politics has appeared in the New Yorker, the New York Times, Granta, and the Intercept, among many other publications and anthologies. He lives in Los Angeles, where he is a Dornsife Fellow in Nonfiction at the University of Southern California. He is a member of the California Coalition for Women Prisoners.