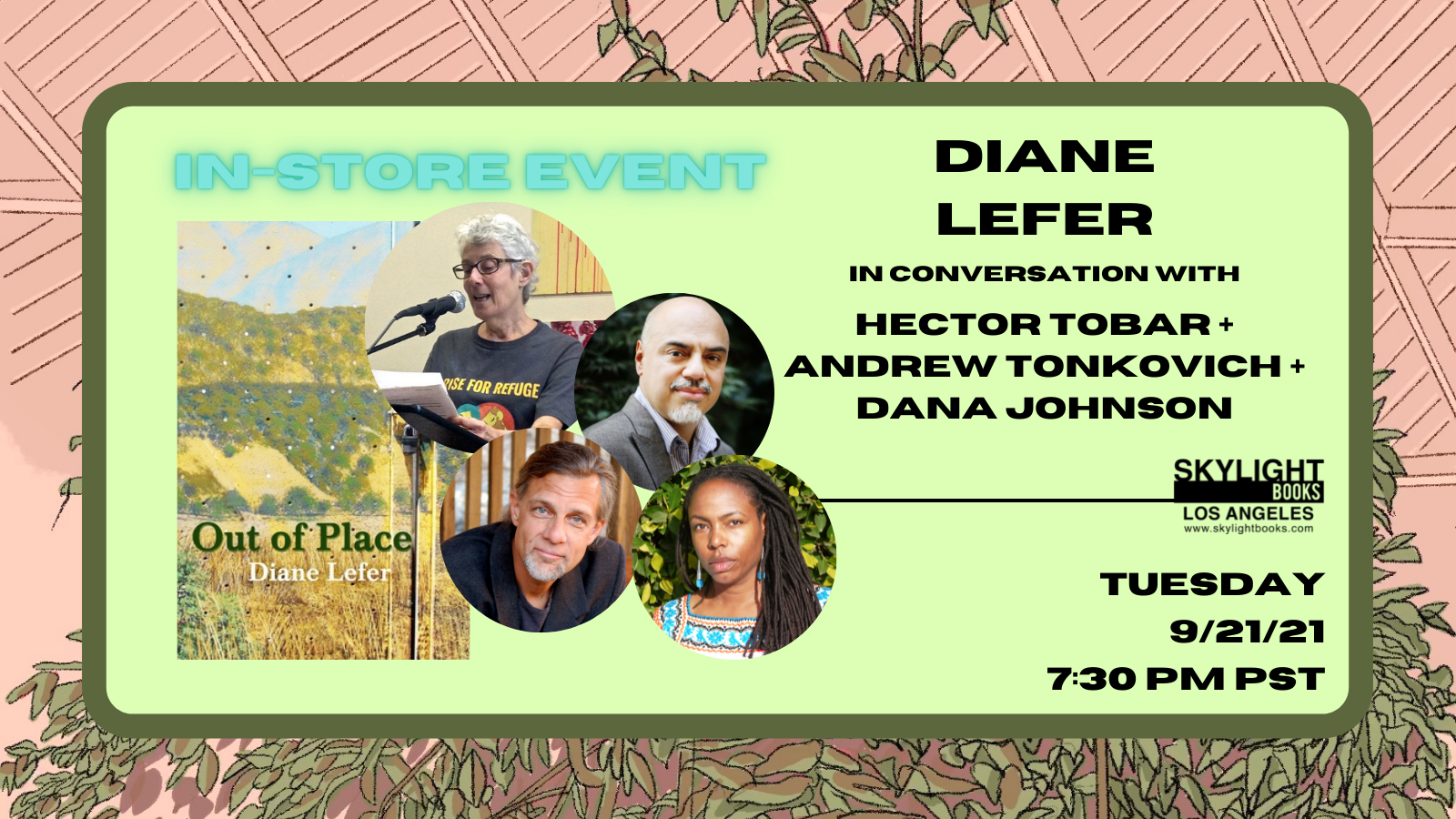 Out of Place (Fomite)

Out of Place is a vibrant, international novel of displacement and connection in an increasingly blended world culture while also offering a scathing indictment of the human cost exacted by the security state. When a research institute in the Mojave Desert falls under suspicion in the aftermath of 9/11, a Turkish hydrogeologist is “in the wind” while her husband goes missing in Pakistan; the American office manager is detained as a material witness; a Mexican herpetologist needs to find a place of safety; a US college dropout bicycles across Iran, trying to decide if violence is the answer; Outlaw Scientists conduct unconventional DIY experiments; and an FBI specialist, born in a refugee camp in Africa, proves his loyalty to his adopted country. Lefer's cautionary tale offers up, as well, a vivid celebration of diversity and the natural world. In a novel spanning cultures and continents, these global characters have in common an unease that may well be true of most of us: feeling – or being seen as – out of place.

Diane Lefer is the author of four other novels, Confessions of a Carnivore, Nobody Wakes Up Pretty, The Fiery Alphabet (a Small Press Pick), Radiant Hunger (shortlisted for PEN USA West Award in Fiction), story collections, California Transit (Mary McCarthy Award), Very Much Like Desire, The Circles I Move In, and nonfiction, The Blessing Next to the Wound (co-authored with Hector Aristizábal and recommended by Amnesty International). She has led social justice writing workshops for children in conflict zones and their service providers. In LA, she works with torture survivors from around the world as they seek asylum and begin to rebuild their lives.

Héctor Tobar is the Los Angeles-born author of five books, including the novels The Tattooed Soldier, The Barbarian Nurseries, and, most recently, The Last Great Road Bum. His non-fiction Deep Down Dark: The Untold Stories of Thirty-Three Men Buried in a Chilean Mine and the Miracle that Set Them Free, was a finalist for the National Book Critics Circle Award and the Los Angeles Times Book Prize: it was also a New York Times bestseller. His books have been translated into fifteen languages; he has also been a foreign correspondent for the Los Angeles Times, an op-ed writer for the New York Times and a contributor to The New Yorker, Harper’s, Smithsonian and National Geographic. In 2020, he received a Radcliffe Fellowship at Harvard University. He is the son of Guatemalan immigrants.

Andrew Tonkovich has worked in the anti-war and peace movements since youth, and as a nonviolent direct action trainer.  His fiction and nonfiction have appeared widely, including at the Los Angeles Review of Books, OC Weekly, Radical Teacher, Zyzzyva and Best American Nonrequired Reading.  The longtime editor of the Santa Monica Review, he is the author of two collections, The Dairy of Anne Frank and More Wish Fulfillment  in the Noughties and Keeping Tahoe Blue and Other Provocations. He co-edited, with Lisa Alvarez, Orange County: A Literary Field Guide.

Dana Johnson is the author of the short story collection In the Not Quite Dark. She is also the author of Break Any Woman Down, winner of the Flannery O’Connor Award for Short Fiction, and the novel Elsewhere, California. Both books were nominees for the Hurston/Wright Legacy Award. Her work has appeared in Ploughshares, Zyzzyva, The Paris Review, Callaloo and The Iowa Review, among others. Born and raised in and around Los Angeles, she is a professor of English at the University of Southern California.

Out of Place (Paperback)

In the Not Quite Dark: Stories (Paperback)