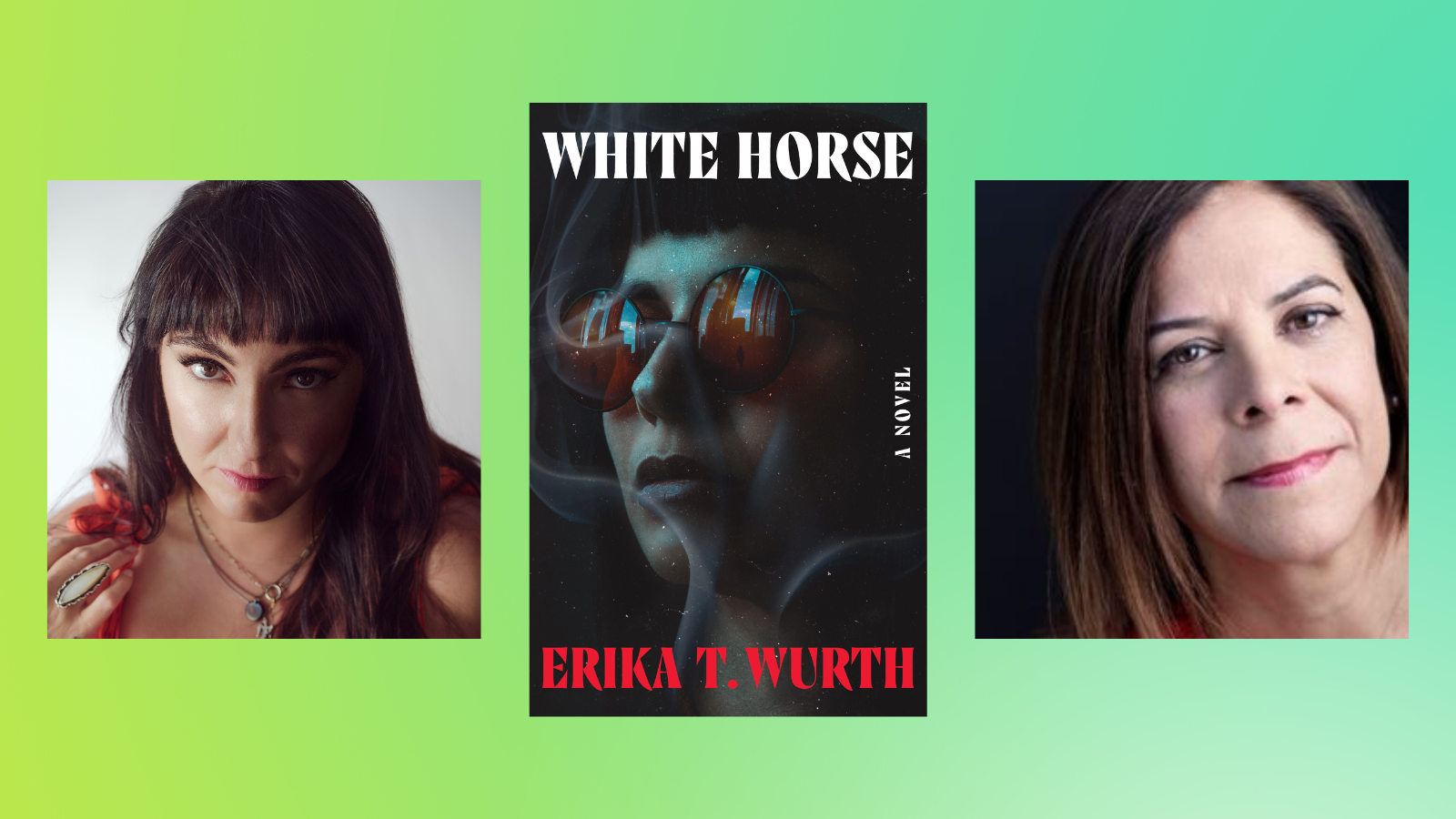 Some people are haunted in more ways than one.

Kari James, Urban Native, is a fan of heavy metal, ripped jeans, Stephen King novels, and dive bars. She spends most of her time at her favorite spot in Denver, the White Horse. When her cousin Debby finds an old family bracelet that once belonged to Kari’s mother, it inadvertently calls up both her mother’s ghost and a monstrous entity, and her willful ignorance about her past is no longer sustainable…

Haunted by visions of her mother and hunted by this mysterious creature, Kari must search for what happened to her mother all those years ago. Her father, permanently disabled from a car crash, can’t help her. Her Auntie Squeaker seems to know something but isn’t eager to give it all up at once. Debby’s anxious to help, but her controlling husband keeps getting in the way. Kari’s journey toward a truth long denied by both her family and law enforcement forces her to confront her dysfunctional relationships, thoughts about a friend she lost in childhood, and her desire for the one thing she’s always wanted but could never have.

Erika T. Wurth’s work has appeared in numerous journals including Buzzfeed and The Kenyon Review. White Horse is her debut novel. She is a Kenyon Review Writers Workshop Scholar, attended the Tin House Summer Workshop, and is a narrative artist for the Meow Wolf Denver installation. She is of Apache/Chickasaw/Cherokee descent.

Désirée Zamorano is the author of the novel The Amado Women (Cinco Puntos Press). Her work often explores issues of invisibility, inequity, or injustice. Her writing has appeared in Catapult, Cultural Weekly, The Kenyon Review, and in the  Akashic anthology series South Central Noir. A frequent contributor to the Los Angeles Review of Books, she was recently a scholar at the Sewanee Writers’ Conference.

“It’s metal to the end, it’s Denver to the core, it’s Native without trying, there’s ghosts, there’s blood, there’s roller coasters, and there’s about a thousand cigarettes smoked. What else can you ask for in a novel?” —Stephen Graham Jones, author of The Only Good Indians

"This ghost story is a perfect example of new wave horror that will also satisfy fans of classic Stephen King." —Silvia Moreno-Garcia, author of The Daughter of Doctor Moreau and Mexican Gothic

"Family ties are made from rusty barbed wire in White Horse, a book that feels as welcome as a dark bar on a hot afternoon, and whose story burns like a shot of rotgut whiskey." —Grady Hendrix, bestselling author of The Final Girl Support Group