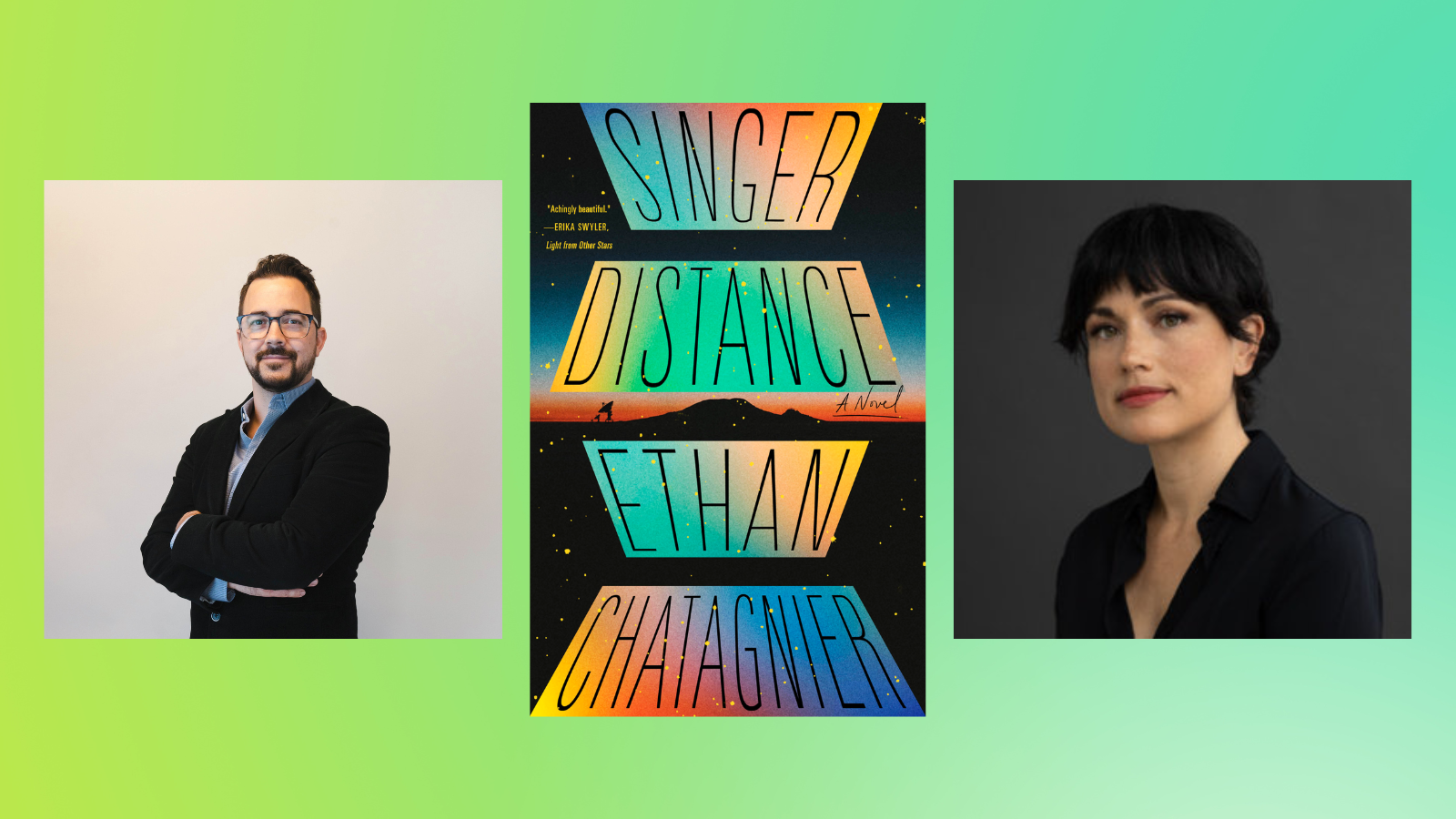 For fans of Station Eleven and Light from Other Stars, Ethan Chatagnier’s propulsive, genre-bending debut novel asks: what happens when we discover intelligent life just next door? And what does it really mean to know we’re not alone in the universe?

The odds of the planet next door hosting intelligent life are—that’s not luck. That’s a miracle. It means something.

In December 1960, Crystal Singer, her boyfriend Rick, and three other MIT grad students take a cross-country road trip from Boston to Arizona to paint a message in the desert. Mars has been silent for thirty years, since the last time Earth solved one of the mathematical proofs the Martian civilization carved onto its surface. The latest proof, which seems to assert contradictory truths about distance, has resisted human understanding for decades. Crystal thinks she’s solved it, and Rick is intent on putting her answer to the test—if he can keep her from cracking under the pressure on the way. But Crystal’s disappearance after the experiment will set him on a different path than he expected, forever changing the distance between them.

Filled with mystery and wonder, Ethan Chatagnier’s Singer Distance is a novel about ambition, loneliness, exploration, and love—about how far we’re willing to go to communicate with a distant civilization, and the great lengths we’ll travel to connect with each other here on Earth.

Ethan Chatagnier is the author of the story collection Warnings from the Future (Acre Books, 2018). His stories have appeared in the Kenyon Review Online, Georgia Review, New England Review, and other journals, and have been awarded a Pushcart Prize and listed as notable in the Best American Short Stories. He lives in Fresno, California, with his family.

Ana Reyes writes and teaches in Los Angeles. Her work has appeared in Bodega, Pear Noir!, The New Delta Review, and elsewhere. The House in the Pines, her debut novel, will be published by Dutton on January 3, 2023.

Soaring. . . . Excellent. . . . The elements of astronomy, numerology, love, and the possibility of extraterrestrial life are structured perfectly. . . . Readers are in for a memorable adventure. — Publishers Weekly, Starred Review

Exquisite. . . . Its turns are both intelligent and magical, and its surprises are heartbreaking and boundary-testing. . . . The most arresting science fiction novel in recent memory. — Foreword Reviews, Starred Review

The best kind of literary sci-fi, the kind of novel that makes the reader appreciate the mystery and beauty of our little, infinite universe. — The Millions

Singer Distance is a surprising, captivating, surpassingly intelligent novel, and I mean it as a great compliment when I say that I'm not quite sure where it came from. The narrator who leads us through its pages insists that he is one of the world’s carpenters rather than one of its architects, but the reality that surrounds him is extraordinary, and so too, therefore, is his story. On the macroscale, it’s a story about the interpersonal pathways that connect one planet to another and the interplanetary gaps that separate one heart from another; on the microscale, about what it feels like to occupy a single life, and how difficult it is to tell, when you’re in the middle of it, whether that life is being wasted or fulfilled. — Kevin Brockmeier, author of The Ghost Variations

Imaginative and brainy, this is a beautifully written book about one of my favorite subjects: extraordinary possibilities. — Karen Thompson Walker, author of The Dreamers

An achingly beautiful look at living in the shadow of genius, science, math, and loving the difficult to love. Chatagnier looks at the sky and people with equal wonder, and the result is deeply moving. Singer Distance is a book for readers of Sagan, lovers of paradoxes, anyone who has ever looked up. This truly gorgeous novel will live with me for a long time. — Erika Swyler, author of Light from Other Stars

Ethan Chatagnier’s Singer Distance is one of the rarest and best kinds of novels: a truly thrilling story driven by big ideas and bold writing, whose gripping mysteries only deepen as the plot thickens. You won’t see the stars and the planets above the same way once you’ve experienced this unforgettable book. You won’t look at our Earth the same way either. — Matt Bell, author of Appleseed

Singer Distance pulled me in from the very first page. I fell in love with the characters—who are full of mettle, vitality, and human chaos—and the audacity of the book's alternate history, wherein contact has been made with a civilization on Mars, but that contact leaves humanity with more questions than answers about the nature of the universe. This book is a love song to our desire for understanding, the scientific drive for progress, and the thread of faith that runs through both. An outstanding debut novel. — Adrienne Celt, author of End of the World House

An inventive and heartfelt novel about the search to understand both the universe and ourselves. The best sort of mystery, one with big ideas at its center. — Kate Hope Day, author of In the Quick