AT SKYLIGHT: FATIMAH ASGHAR presents WHEN WE WERE SISTERS with FARIHA RÓISÍN 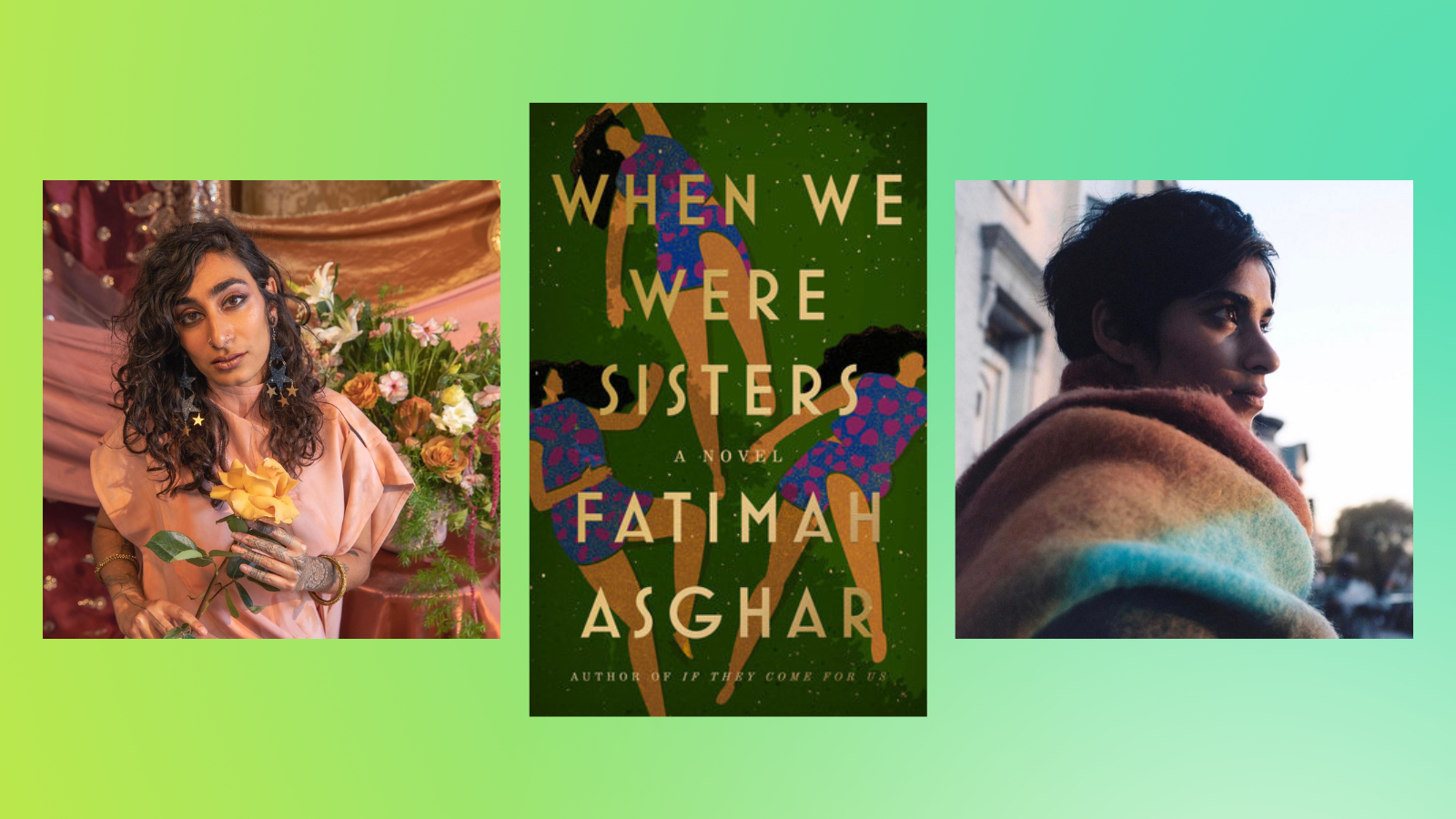 When We Were Sisters (One World)

LONGLISTED FOR THE CENTER FOR FICTION FIRST NOVEL PRIZE • An orphan grapples with gender, siblinghood, family, and coming-of-age as a Muslim in America in this lyrical debut novel from the acclaimed author of If They Come For Us

In this heartrending, lyrical debut work of fiction, Fatimah Asghar traces the intense bond of three orphaned siblings who, after their parents die, are left to raise one another. The youngest, Kausar, grapples with the incomprehensible loss of their parents as she also charts out her own understanding of gender; Aisha, the middle sister, spars with her “crybaby” younger sibling as she desperately tries to hold on to her sense of family in an impossible situation; and Noreen, the eldest, does her best in the role of sister-mother while also trying to create a life for herself, on her own terms.

As Kausar grows up, she must contend with the collision of her private and public worlds, and choose whether to remain in the life of love, sorrow, and codependency that she’s known or carve out a new path for herself. When We Were Sisters tenderly examines the bonds and fractures of sisterhood, names the perils of being three Muslim American girls alone against the world, and ultimately illustrates how those who’ve lost everything might still make homes in one another.

Fatimah Asghar, author of If They Come for Us, is a poet, filmmaker, educator, and performer. They are the writer and co-creator of Brown Girls, an Emmy-nominated web series that highlights friendships between women of color. Along with Safia Elhillo, they are the editor of Halal If You Hear Me, an anthology that celebrates Muslim writers who are also women, queer, gender-nonconforming, and/or trans.

Fariha Róisín is a multidisciplinary artist, born in Ontario, Canada. She was raised in Sydney, Australia, and is based in Los Angeles, California. As a Muslim queer Bangladeshi, she is interested in the margins, liminality, otherness, and the mercurial nature of being. Her work has pioneered a refreshing and renewed conversation about wellness, contemporary Islam, and queer identities and has been featured in The New York Times, Al Jazeera, The Guardian, and Vogue. She is the author of the poetry collection How To Cure A Ghost (2019), as well as the novel Like A Bird (2020).

Praise for When We Were Sisters -

“When We Were Sisters is a stunning accomplishment in form, storytelling, and heart. This novel works language into its most jeweled form, into characters, sisters, that will stay with me for the rest of my life.”—Safia Elhillo, author of Home Is Not a Country and Girls That Never Die

“In this captivating, gorgeously written book, Asghar weaves a tale of sisters in the wake of unspeakable loss. Propulsively readable and experimental in form, this is an unflinching look at family, grief, and reclamation—of self and other.”—Hala Alyan, author of Salt Houses and The Arsonists’ City

“When We Were Sisters is a beautiful, richly layered exploration of the generosity that is required to raise oneself, to raise others, to build a world where the people you love can feel safe and whole. Fatimah Asghar is an impressive writer precisely because of how she doesn’t withhold tenderness, and lets it play and flourish amongst all of the brilliant lyricism, narrative sharpness, and vibrant characters who fill this incredible book.”—Hanif Abdurraqib, author of A Little Devil in America

“When We Were Sisters is a spellbinding tale of three sisters in an explosion of grief and orphaned heartbreak. A fearlessly raw and heart-stopping portrait of the intimacy of violence, it pulses with poetic lyricism and raw beauty. Fatimah Asghar has written a truly dazzling story, a journey into the dark crevices of childhood trauma and loneliness.”—Julián Delgado Lopera, author of Fiebre Tropical

When We Were Sisters: A Novel (Hardcover)