AT SKYLIGHT: GAIL WRONSKY and GRONK present THE STRANGER YOU ARE 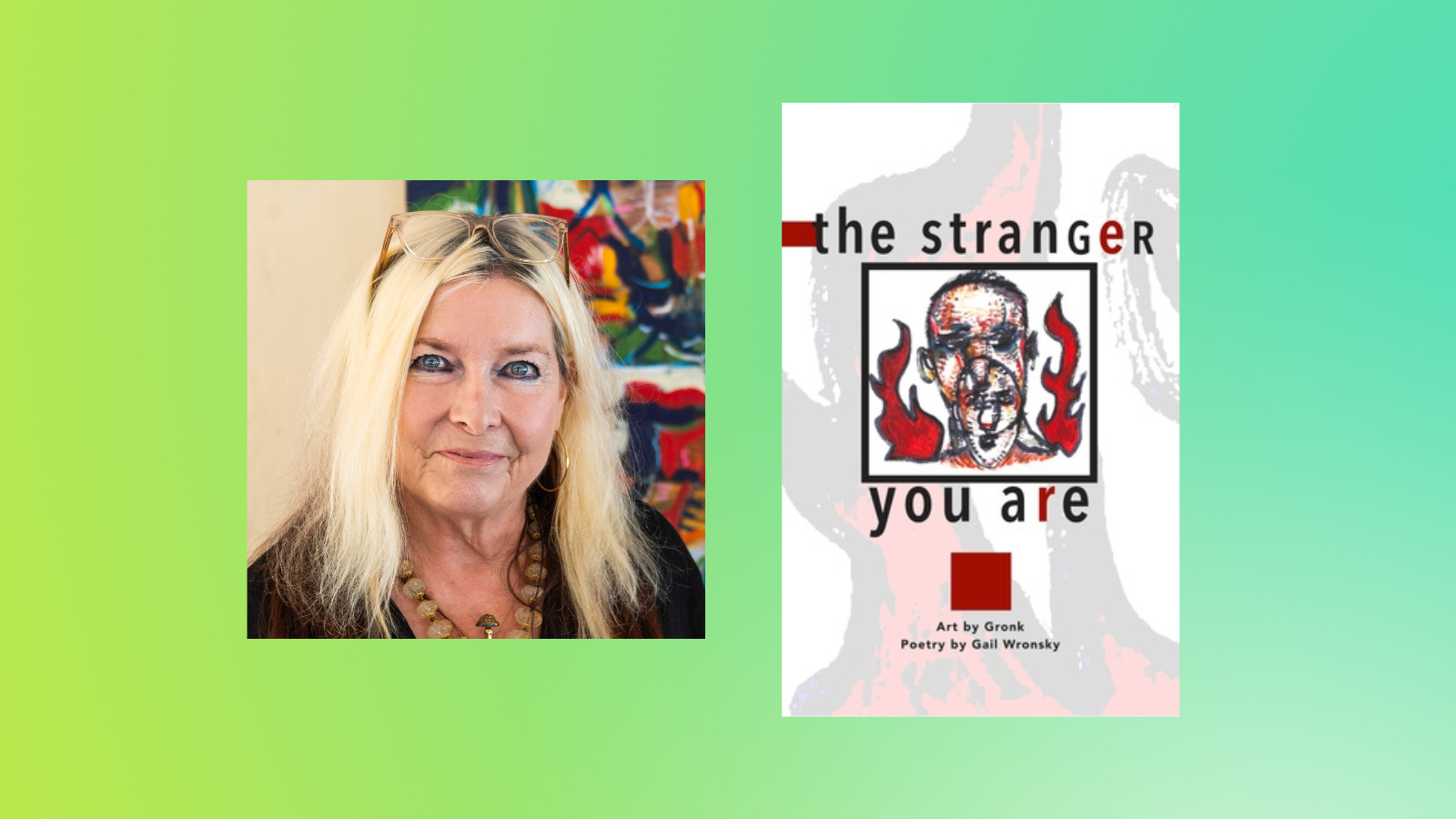 The Stranger You Are: Art by Gronk (Tia Chucha)

A collaboration by a legendary artist and a writer hailed by David St. John as “a poet of lasting beauty and relentless invention”.

Gronk was raised in East Los Angeles and lives in downtown LA. Gail Wronsky was raised in suburban Detroit and lives in the hippie haven of Topanga Canyon. But as artists they have found common ground—a shared commitment to the offbeat and the beautiful, to the slightly absurd and the slyly surreal, to blurring the distinction between our inner lives of dreams and imagination and our daily realities. Wronsky’s poems and Gronk’s drawings are equally grounded in poetic imagery. Wronsky mixes vernacular diction, or spoken language, with a more formal style in a way that is entirely unique; Gronk’s signature style alludes to both street art and classical art. Both are committed to making memorable work that surprises and delights, that sharpens and feeds our everyday lives as well as our deepest selves.

Gail Wronsky is the author, coauthor, or translator of 15 books of poetry and prose. The Stranger You Are, a book of poems by Gail and artwork by the renowned artist Gronk, is just out from Tia Chucha Press. Under the Capsized Boat We Fly: New & Selected Poems was published in 2021 by White Pine Press. Her poems have appeared in POETRY, BOSTON REVIEW, ANTIOCH REVIEW, DENVER QUARTERLY, GUESTHOUSE, VOLT and other journals.

Painter, printmaker, and performance artist Gronk has exhibited artwork at many institutions, including the UCLA Hammer Museum, the UCLA Fowler Museum, Los Angeles County Museum of Art, the Corcoran Gallery in Washington, DC, the Fine Arts Museums of San Francisco, the National Hispanic Cultural Center in Albuquerque, the San Francisco Mexican Museum, the Craft Contemporary Museum, the Cheech Marin Center for Chicano Art &amp; Culture, and the San Jose Museum of Art. Gronk has created stage designs for director Peter Sellars, as well as for the Santa Fe Opera, the LA Opera, Latino Theater Company, and the East West Players. He’s collaborated on musical performances by the Kronos Quartet. Recently he was given a career retrospective at the University of New Mexico. He is a founding member of ASCO, a multimedia arts collective of the 1970s and of the Glass Table Collective, a contemporary group of writers and artists. Born in East Los Angeles, he now makes his home in downtown LA.

Praise for The Stranger You Are -

“Wronsky is unafraid to try to nail down feelings that are part of the eternal, macabre romance between life and death . . . her project is important.” — Karen Kevorkian, Los Angeles Review of Books

The Stranger You Are: Art by Gronk (Paperback)