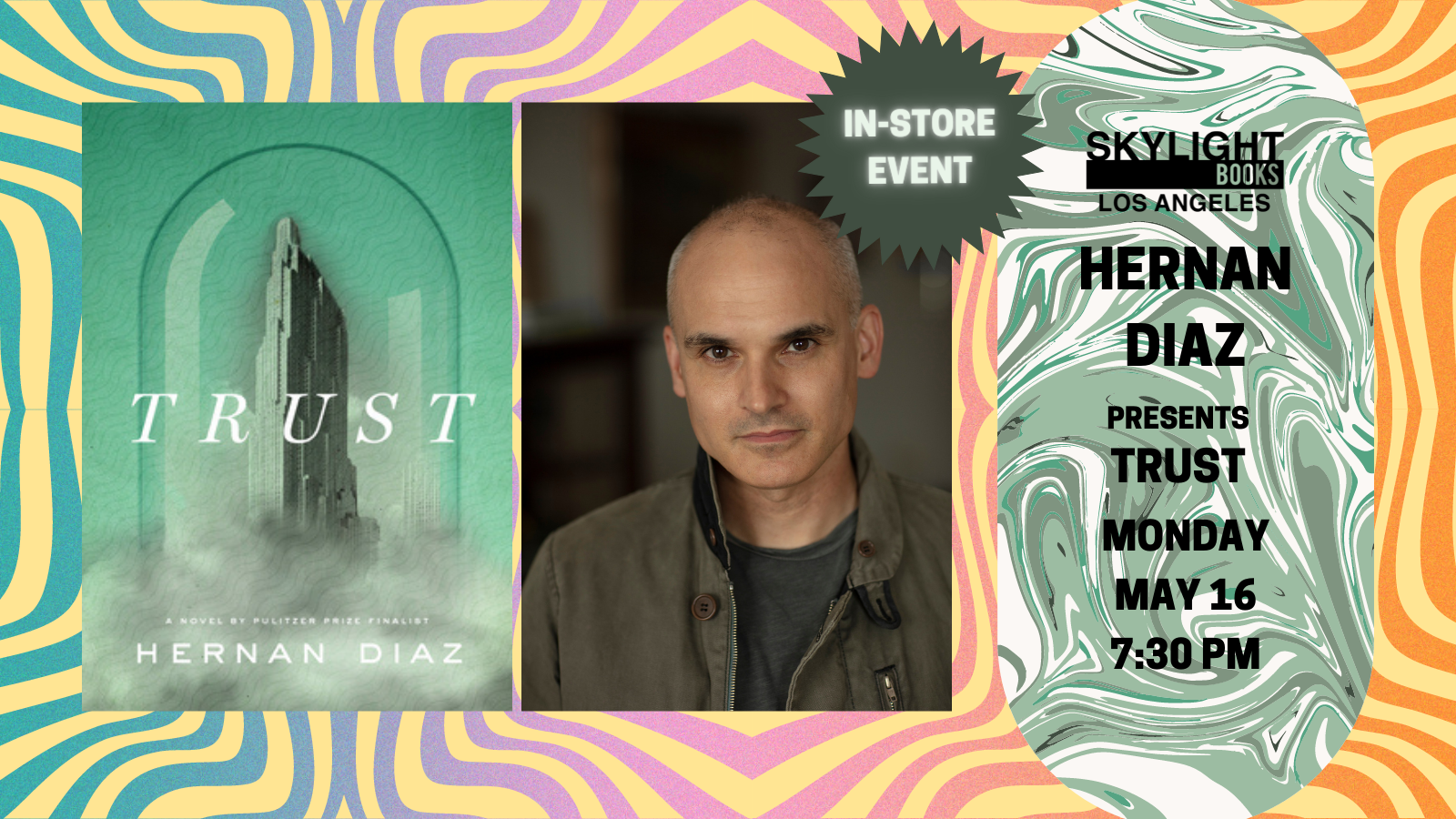 An unparalleled novel about money, power, intimacy, and perception

Even through the roar and effervescence of the 1920s, everyone in New York has heard of Benjamin and Helen Rask. He is a legendary Wall Street tycoon; she is the daughter of eccentric aristocrats. Together, they have risen to the very top of a world of seemingly endless wealth—all as a decade of excess and speculation draws to an end. But at what cost have they acquired their immense fortune? This is the mystery at the center of Bonds, a successful 1937 novel that all of New York seems to have read. Yet there are other versions of this tale of privilege and deceit.

Hernan Diaz’s TRUST elegantly puts these competing narratives into conversation with one another—and in tension with the perspective of one woman bent on disentangling fact from fiction. The result is a novel that spans over a century and becomes more exhilarating with each new revelation.

At once an immersive story and a brilliant literary puzzle, TRUST engages the reader in a quest for the truth while confronting the deceptions that often live at the heart of personal relationships, the reality-warping force of capital, and the ease with which power can manipulate facts.

Hernan Diaz’s first novel, In the Distance, was a finalist for the Pulitzer Prize and the PEN/Faulkner Award. He is also the author of a book of essays, and his fiction has appeared in The Paris Review, Granta, Playboy, McSweeney’s, and elsewhere. A recipient of a Whiting Award and the William Saroyan International Prize, he has been a fellow at the New York Public Library’s Cullman Center for Scholars and Writers. His second novel, Trust, is being translated into more than twenty languages.

“For all its elegant complexity and brilliant construction, Diaz's novel is compulsively readable, and despite taking place in the early 1900s, the plot reads like an indictment of the start of the twenty-first century with its obsession with obscure financial instruments and unhinged capital accumulation. A captivating tour de force that will astound readers with its formal invention and contemporary relevance."—Booklist, STARRED review

“[A] kaleidoscope of capitalism run amok in the early 20th century . . . Grounded in history and formally ambitious, this succeeds on all fronts. Once again, Diaz makes the most of his formidable gifts.”—Publishers Weekly, STARRED Review

“Diaz’s novel is a feat of literary gamesmanship [that] brilliantly weaves its multiple perspectives to create a symphony of emotional effects . . . [T]he collection of palimpsests makes for a thrilling experience and a testament to the power and danger of the truth—or a version of it—when it’s set down in print. A clever and affecting high-concept novel of high finance.”—Kirkus, STARRED review

“A rip-roaring, razor-sharp dissection of capitalism, class, greed, and the meaning of money itself that also manages to be a dazzling feat of storytelling on its own terms… Important and timely. But the uniquely brilliant way in which Diaz tells that story, as meticulously researched as it is narratively exhilarating, makes it a novel not just for the present age but for the ages.”—Vogue

“Masterpiece of a book-within-a-book.”—Good Housekeeping

“A virtuoso performance by an emerging talent…A spellbinding tale that illuminates the impact of money on all our lives."—Oprah Daily

“Hernan Diaz is a narrative genius whose work easily encompasses both a grand scope and the crisp and whiplike line. Trust builds its world and characters with subtle aplomb. What a radiant, profound and moving novel.”—Lauren Groff, New York Times bestselling author of Matrix

“Diaz understands, and deeply, how strange money is, as an omnipotent and imaginary substance that controls our lives. Trust glints with wonder and knowledge and mystery. Its plotlines are as etched and surreal as Art Deco geometry, while inside that architecture are people who feel appallingly real. This novel is very classical and very original: Balzac would be proud, but so would Borges.”—Rachel Kushner, New York Times bestselling author of The Mars Room

“That rare jewel of a book—jaw-dropping storytelling against the backdrop of beautiful writing. Amidst all the noise I the world, whole days found me curled up on the couch, lost inside Diaz’s brilliance.”—Jacqueline Woodson, National Book Award-winning author of Red at the Bone

“Though set in a historical New York, Trust speaks to matters of the most urgent significance to the present day. Money, power, class, marital and filial relations, the roles played by trust and betrayal in human affairs—Diaz’s development of his chosen themes is deeply insightful. Cleverly constructed and rich in surprises, this splendid novel offers serious ideas and serious pleasures on every beautifully composed page.” —Sigrid Nunez, National Book Award–winning author of The Friend

“The audacity and scope of Hernan Diaz’s extraordinary novel—a prism, a mystery, a revelation—are brilliantly matched by the quality of his prose.”—Jean Strouse, author of Morgan: American Financier

"What a joy this is to read, suspenseful at every turn, the work of a rare and impressive talent. Diaz has once again taken apart an American myth and pondered how we lie to ourselves.”—Joan Silber, National Book Critics Circle Award–winning author of Improvement